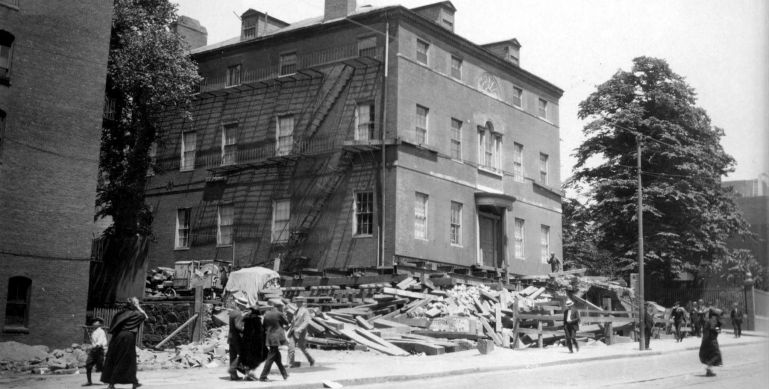 On this day in 1925, workmen finished moving an historic Beacon Hill residence back from the brink of destruction. Cambridge Street was slated to be turned from a crooked cobblestone street into a wide thoroughfare, and the Harrison Gray Otis House was in the way. Fortunately, it belonged to the Society for the Preservation of New England Antiquities. Founded 15 years earlier, the Society had already saved five historic properties from the wrecking ball. Now its own home was threatened. In an old New England tradition, the house was jacked up and moved. It has continued ever since to serve as the location for administrative offices and a house museum for what is now known as Historic New England, the oldest and largest regional historic preservation organization in the nation.

On this day in 1794, Boston architect Charles Bulfinch obtained a mortgage for the house he had recently designed and built for his family. The 31-year-old Bulfinch had donated so many plans for city churches,...