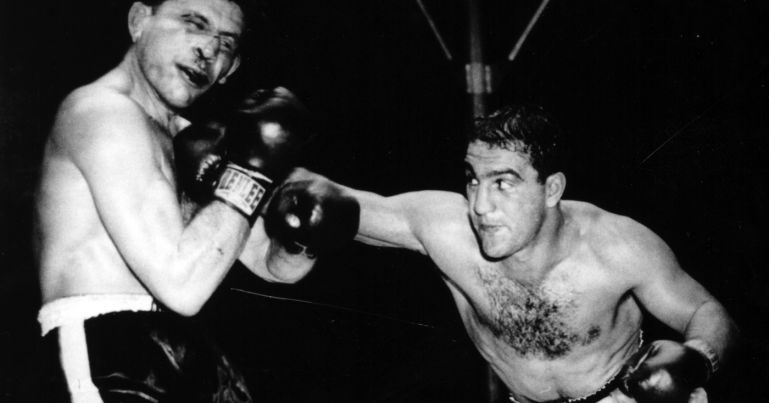 On this day in 1952, Rocky Marciano knocked out "Jersey Joe" Walcott in the 13th round to win the World Heavyweight Championship. Growing up in Brockton during the Depression, Marciano promised himself he would find a way out. When his dreams of being a big league ball player did not pan out, he turned to boxing. What he lacked in finesse, skill, and speed, he made up for in toughness, stamina, and the ability to shake off punishment. One of the hardest-hitting fighters ever, he knocked out 43 of his 46 opponents. After defending his title six times in fights that are now classics, Marciano retired at age 31 with a 49-0 record. He is still the only Heavyweight Champion to have been undefeated in his professional career.

He had, as his biographer put it, no "formal training, no style to speak of [but] his punch was enough to ensure success."