From the "Last Will and Testament of Miss Sophia Smith, Late of Hatfield, Mass."

…I hereby make the following provisions for the establishment and maintenance of an Institution for the higher education of young women, with the design to furnish for my own sex means and facilities for education equal to those which are afforded now in our Colleges to young men.

It is my opinion that by the higher and more thorough Christian education of women, what are called their "wrongs" will be redressed, their wages adjusted, their weight of influence in reforming the evils of society will be greatly increased, as teachers, as writers, as mothers, as members of society, their power for good will be incalculably enlarged.

ART. I: This Institution shall be called THE SMITH COLLEGE.

ART. 2: …, I hereby appropriate the sum of Three Hundred Thousand, (300,000,) Dollars, if so much shall then remain of my Estate, for the establishment and maintenance of said College.

ART. 3: Sensible of what the Christian Religion has done for my sex, and believing that all education should be for the glory of God, and the good of man, I direct that the Holy Scriptures be daily and systematically read and studied in said College, and without giving preference to any sect or denomination, all the education and all the discipline shall be pervaded by the Spirit of Evangelical Christian Religion. I direct, also, that higher culture in the English Language and Literature be given in said College; also, in Ancient and Modern Languages, in the Mathematical and Physical Sciences, in the Useful and the Fine Arts, in Intellectual, Moral and Aesthetic Philosophy, in Natural Theology, in the Evidences of Christianity, in Gymnastics and Physical Culture, in the Sciences and Arts, which pertain to Education, Society, and Government, and in such other studies as coming times may develop or demand for the education of women and the progress of the race. I would have the education suited to the mental and physical wants of woman. It is not my design to render my sex any the less feminine, but to develop as fully as may be the powers of womanhood, and furnish women with the means of usefulness, happiness and honor, now withheld from them.

Barbara Bush did not graduate from Smith. She was in my class. She left to get married to George.
Barbara Bush

Thanks. I learned something. I know that Barbara has sent her news to the Class notes and sends messages to our reunions so she considers herself a member of the class.
John M. Green

I think you give Rev. Green a little too much credit for the vision of S.S. More recent scholarship reveals that he forged letters, his diary and other documents to present himself as the "brains" behind S.S. It appears that the inspiration for Smith College was, as hard as it is to believe, a woman - Sophia herself. The true story is well told in "The Strange Disappearance of Sophia Smith" by Quentin Quesnell, published by smith College in 1999.
John M. Green

On this day in 1875, Smith College was dedicated. The first class of 14 women matriculated in September of that year. To gain admission, students had to pass examinations in geography, English, Latin, and Greek grammar and literature, arithmetic, algebra, and geometry. Very few young women were prepared for such a rigorous admission process given the uneven quality of women's education at the time. Smith College has been a nationwide leader in women's liberal arts education for over 125 years. Among its many distinguished alumnae are Barbara Bush, Julia Child, Betty Friedan, Madeleine L'Engle, Margaret Mitchell, Nancy Reagan, and Gloria Steinem.

As colleges began to accept women, commentators worried that it would "unfit women for domestic life." 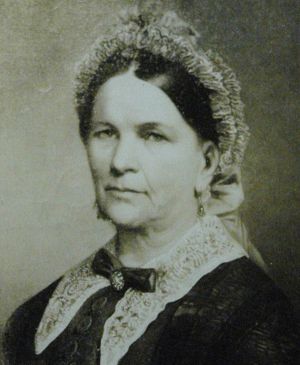 When Sophia Smith, the last surviving member of a wealthy Connecticut Valley family, died in 1870, she left her fortune to endow a new college for women. Smith believed that by giving women access to higher education, "what are called their 'wrongs' will be redressed, their wages will be adjusted, their weight of influence in reforming the evils of society will be greatly increased." Although she stated clearly that she did not wish "to render my sex any the less feminine," her idea of giving women an education equal to men was a daring one.

Unlike Mary Lyon, the founder of Mt. Holyoke Seminary in nearby South Hadley, Sophia Smith was not a social reformer or educator. Her father was a prosperous farmer prominent in town affairs. Educated mostly in the local schools, she was always an avid reader. She never married and rarely ventured far from home, especially after she lost her hearing at the age of 40. She lived in the house where she was born with her unmarried sisters and brother. When the last of them died in 1861, she found herself a very wealthy woman.

She turned to her young pastor, John Morton Greene, a graduate of Amherst College, for guidance. Greene and his wife, who had attended Mt. Holyoke, both believed education was the key to salvation. Vassar College had just been chartered, but there was still no true college for women in New England. Sophia Smith had sorely missed attending such a college, and she decided to endow one.

"an institution for the higher education of young women, with the design to furnish them means and facilities for education equal to those which are afforded in our colleges to young men." 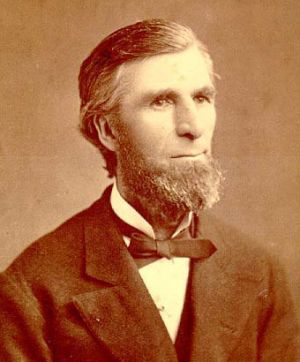 John Greene prepared a "Plan for a Woman's College," which Smith incorporated into her will. She explained that her intention was "to develop as fully as may be the powers of womanhood & furnish women with means of usefulness, happiness, & honor now withheld from them." Greene proposed to do this not in a seminary or a teacher preparatory school but by establishing "an institution for the higher education of young women, with the design to furnish them means and facilities for education equal to those which are afforded in our colleges to young men."

Greene's plan emphasized the importance of providing women with a curriculum equal to that available to men. At the opening exercises, the president of the school's trustees explained that this was "to be a college, a whole college, and nothing but a college—not a preparatory school, or a young ladies' seminary. . . . It would be a college to educate the whole woman as other colleges trained the whole man."

There has long been a question as to how active a role Sophia Smith played in shaping what was essentially the vision of John Green and the men he enlisted to help him. While Smith has been described as yielding and submissive, her interest in women and their academic aspirations was genuine and long-standing.

She was persuaded that the air of her beloved Hatfield was unhealthful and that the new college should be built in neighboring Northampton, which had the advantage of being a larger and more accessible town. Disappointed Hatfield residents protested that Smith was not of sound mind when she made this provision, but their efforts to overturn the terms of the will failed.

"There is no reason for exposing hundreds of girls to the perils of college life as they at present exist."

Once the location was secure, serious financial challenges lay ahead. The trustees soon discovered that Smith's $390,000 bequest was not enough to implement the plan. They engaged a fundraiser to visit "friends of women's education" in eastern Massachusetts, where they expected to find supporters—and donors—for their project.

They also appealed to the people of Northampton to contribute $70,000 towards the cost of constructing the first building. The college would be the pride of the town, "A college of high character is such a benefit to every interest of a town and community," they argued, "that it is just and right that people even make a sacrifice to secure it. How many families of taste and refinement, and wealth, it will cause to enter here? What an element of culture it will introduce into our social life?"

The next serious challenge was to assemble a student body qualified to study a liberal arts curriculum as demanding as those at male colleges, with courses in classics, modern languages and literature, mathematics, and natural sciences. To gain admission, students had to pass examinations in geography, English, Latin, and Greek grammar and literature, arithmetic, algebra, and geometry. Very few young women were prepared for such a rigorous admission process; 14 entered with the first class in 1875.

The greatest controversy surrounded the very idea of higher education for women. As colleges began to accept women, commentators worried that it would "unfit women for domestic life." Others feared that advanced study would ruin a woman's health.

At the end of the first year, the college proudly reported that "the standard of study has been well maintained."

There were also concerns about women living outside the sphere of family influence. One contributor to Scribner's Magazine insisted that "no consideration would induce us to place a young woman—daughter or ward—in a college which would shut her away from all family life for a period of four years. The system is unnatural, and not one young woman in ten can be subject to it without injury. . . . There is no reason for exposing hundreds of girls to the perils of college life as they at present exist."

The Smith trustees responded by deciding to "erect a number of smaller dwelling-houses around a central academic building. Each forms a separate establishment with its own domestic life." A "lady-in-charge" and a female faculty member resided in each house.

At the end of the first year, the college proudly reported that "the standard of study has been well maintained." Equally important, "there has been no sickness among the students living in the college boarding house."

Smith College has been a nationwide leader in women's liberal arts education for over 125 years. Among its many distinguished alumnae are Barbara Bush, Julia Child, Betty Friedan, Madeleine L'Engle, Margaret Mitchell, Nancy Reagan, and Gloria Steinem.

Smith College is in Northampton, 100 miles due west of Boston.

Sophia Smith's birthplace and longtime home at 22 Main Street in Hatfield is now a private residence.

Online exhibit produced for the centennial of Sophia’ Smith’s birth in 1796. The Five College Digital Archive Project website has a variety of primary sources on the early history of Smith.

Alma Mater: Design and Experience in the Women's Colleges from Their Nineteenth-Century Beginnings to the 1930s, by Helen Lefkowitz Horowitz (Beacon Press, 1984).

On this day in 1642, Massachusetts Bay Colony passed the first law in the New World requiring that children be taught to read and write. The English Puritans who founded Massachusetts believed that the well-being...