The search for a strangler of middle-aged women—perhaps three men—continued fruitlessly last night.

The effort was pressed in Boston by police of five divisions, but the unsolved murders of a Back Bay woman June 14 and a Brighton woman last Saturday were not noticeably nearer solution.

Lynn polices were also involved, because of a strangling there last Saturday.

The victims were 55, 65 and 68 years old. All were strangled with pieces of their own clothing. All lived alone and were normally suspicious of unknown visitors. Neighbors said they kept their doors locked, opening them only to friends.

Yet all were quietly murdered in the privacy of their homes, with no outward signs of disturbance noticed in the neighborhood.

An enormous number of clues has only further confused investigators, so that one official said yesterday he was operating on the theory that at least the Boston and Lynn Murders were by different men, their methods of killing a grim coincidence.

Police admitted that, however many men are involved, one or more dangerous and perhaps psychopathic killers remain at large in Greater Boston. The strain from this fact was apparent in the faces of the detectives at their work, as well as in the voices of the many women who called headquarters during the week with complaints of prowlers.

Police received two calls Friday from residents of Commonwealth av., Brighton, who reported that a man rang their doorbells and, when queried over apartment intercom systems, said he wished to speak “only to single, Christian women.”

No trace of the man was found, though the area was scoured. At almost the same time a Lynn woman received a phone call.

“This is the strangler,” a muffled voice said. “You’re next.”

On this day in 1962, police discovered the body of the first victim of the "Boston Strangler." For the next two years, Boston would be paralyzed by fear as the strangling deaths of 13 women went unsolved. Single women took turns staying with one another and were anxious about going out alone, even in the daytime. When construction worker Albert DeSalvo confessed to the killings in March of 1965, the city breathed a sigh of relief. But shortly after being sentenced to life in prison, DeSalvo escaped. He was recaptured the next day after a massive manhunt. DeSalvo died in prison in 1973, after he had recanted his confession. Doubts persist as to whether he was in fact the real "Boston Strangler."

So many people went to the Animal Rescue League for watch dogs that the League's supply was exhausted. 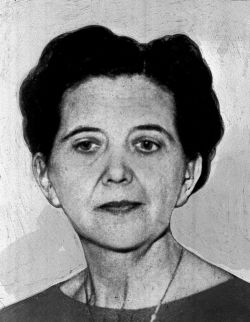 Between June of 1962 and January of 1964, 13 women in the Boston area were murdered in a startlingly similar way. The victims, all single, were found in their own apartments, with no signs of forced entry, each strangled with articles of female clothing. At least 11 of these murders were widely believed to be the work of a single killer, who came to be known as the "Boston Strangler."

The murders terrorized Boston. Dead bolt locks and door chains sold out. So many people went to the Animal Rescue League for watch dogs that the League's supply was exhausted.

"You're asking if people were scared?" one veteran reporter said 40 years later. "I covered the murders, and I was scared. I had an elderly mother in Medford, and after the fifth strangling, I was so scared I went over to her apartment and installed two dead bolts.. . . But after a while you couldn't buy 'em. Sold out."

The grisly story sold papers. Reporter Eddie Corsetti remembered: "Every time you picked up a newspaper there was a strangling story. We just kept it up, and there were hawkers on street corners, yelling, 'Extra! Extra! Strangler strikes again!'"

"You're asking if people were scared?" one veteran reporter said 40 years later. "I covered the murders, and I was scared." 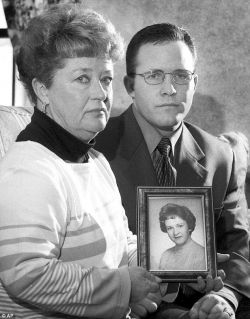 A $10,000 reward was offered for information leading to the murderer's arrest. The stakes were high for Brooke; failure to solve the case could easily destroy his promising political career.

Then, suddenly, there was a new development. In October of 1964, a Malden man named Albert DeSalvo was arrested for breaking into a woman's apartment and sexually abusing her. He admitted to having committed hundreds of break-ins and four rapes. He told police, "If you knew the whole story you wouldn't believe it . . . It'll all come out."

The police had no physical evidence linking DeSalvo to any of the crime scenes, nor did he match witness descriptions of possible suspects. He was not on the list of over 300 suspects. Moreover, Albert DeSalvo had a reputation for being a braggart, whose need for attention was so great he often exaggerated his own criminal deeds.

At Bridgewater State Hospital for the Criminally Insane, where DeSalvo was sent for observation, he confided in fellow inmate George Nassar, a vicious but brilliant murderer. The two apparently discussed the Strangler case and the reward money, which they mistakenly believed was $10,000 per victim, or $110,000. They came up with a plan. Nassar would turn in DeSalvo and then split the reward with him. DeSalvo was already facing a long prison sentence on the rape charge. He could use the reward money to provide for his wife and two children.

On March 6, 1965, with F. Lee Bailey as his defense attorney, Albert DeSalvo confessed to killing the 11 Strangler victims and two other women. Police did not charge DeSalvo with the Strangler murders but with the robbery and assault that had led to his arrest. His trial began on January 10, 1967.

Although a forensic psychiatrist testified that DeSalvo suffered from schizophrenia and was a "compulsive confessor who desperately needs to be recognized," F. Lee Bailey believed his client's confession. The renowned lawyer decided to "use the 13 murders he had committed as the Boston Strangler to show the extent of his insanity." Bailey conceded that "the problem was unusual: I wanted . . . to defend a man for robbery and assault by proving that he had committed 13 murders."

The strategy failed. After a week-long trial, DeSalvo was found guilty of assault and robbery and sentenced to life. He was sent back to Bridgewater. As far as the public was concerned, the Boston Strangler was behind bars.

On February 24, 1967, DeSalvo and two other inmates escaped. They stole a car and made their getaway, eventually going to DeSalvo's brother's house in Chelsea. The two other fugitives were recaptured at a bar that night; DeSalvo remained on the loose. Fear gripped the city until DeSalvo was seized the next day as he prepared to turn himself in.

Bailey conceded that "the problem was unusual: I wanted . . . to defend a man for robbery and assault by proving that he had committed 13 murders."

Six years later, Albert DeSalvo was stabbed to death in prison. Although he had never been charged with the 11 murders, most people believed he was the Strangler. A book and a feature movie told his story.

There were always doubters, however. Some of the police involved in the investigation, members of his family, and one victim's relatives were unconvinced that DeSalvo was the Strangler. They believed that he had confessed in order to gain notoriety, money, and treatment at a psychiatric hospital, rather than life in prison.

In 2001 DNA was obtained from DeSalvo's body and compared with samples collected from one of the crime scenes. The forensic specialist who conducted the tests concluded, " We have found evidence and the evidence cannot be associated with Albert DeSalvo." Boston police are reevaluating the case. However, retesting of the evidence with more advanced technology resulted in a DNA match with DeSalvo, linking him with the murder of Mary Sullivan, the last of the Strangler's victims. DeSalvo's innocence or guilt continues to be debated, regardless.