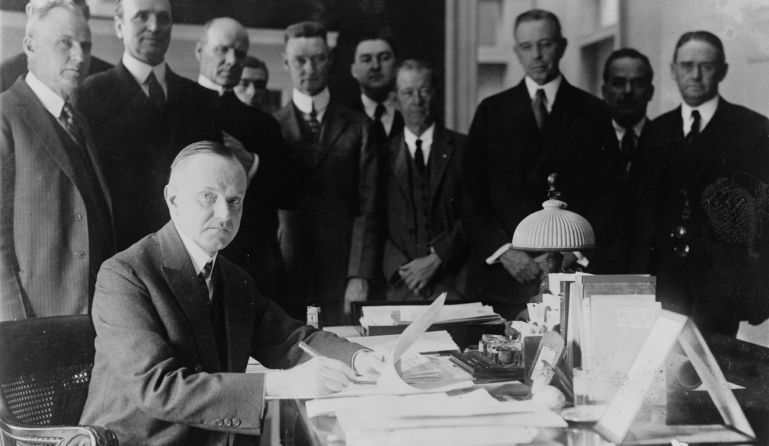 On this day in 1923, upon the death of Warren G. Harding, Calvin Coolidge was sworn in as President of the United States. "Silent Cal" had been the Republican governor of Massachusetts, little known outside the state, until the Boston police strike of 1919 catapulted him into the national spotlight. Coolidge was quick to gain political advantage from the situation. "There is no right to strike against the public safety by anybody, anywhere, any time," he proclaimed. In this turbulent period, when many Americans feared the country was being overrun by immigrants, radicals, and militant trade unionists, the voters found his law and order stance and his image as an old-fashioned, rustic Yankee farmer profoundly reassuring. Within a year of the strike, Coolidge was elected Vice President.

The writer Sinclair Lewis once said, "He may not shoot off a lot of fireworks, but do you know what he is? He's SAFE."