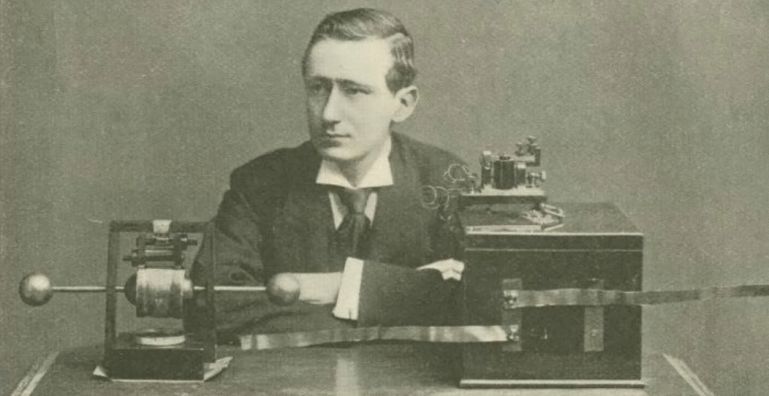 On this day in 1903, Guglielmo Marconi, the Italian inventor of wireless telegraphy, arrived on Cape Cod hoping to make history. The night was cold but perfectly clear, and the first trans-Atlantic radio transmission, a message from President Theodore Roosevelt to King Edward VII, was carried directly from Wellfleet to England. The lifesaving value of this new technology was first evident on January 23, 1909, when the ocean liner Republic collided with another ship and began to sink. The radio operator sent out a distress signal. The station in Wellfleet received the call and alerted other ships in the area. Almost all the passengers were rescued, and Marconi became a popular hero. He won the Nobel Prize for Physics in 1909.

On this day in 1716, Boston Light on Little Brewster Island was lit for the first time. The first lighthouse built in North America, the structure weathered 60 years of lightning strikes and hurricane-force winds...

In London in 1896, the 22-year-old Guglielmo Marconi gave the first public demonstration of wireless technology and started a revolution that continues today.