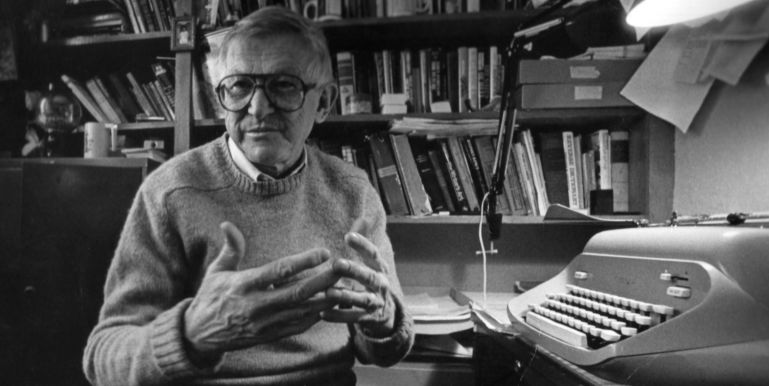 On this day in 1925, author Robert Cormier was born into Leominster's tight-knit French-Canadian neighborhood, and he remained there for the rest of his life. After graduating from Fitchburg State University, he began a 30-year career as a newspaperman. But it was the novels he wrote for young adults that earned him a national reputation. A cheerful, mild-mannered man himself, he created characters caught in the grip of self-doubt, peer pressure, and adult expectation. When Fitchburg State established a Cormier Archive in 1981, the author expressed surprise that anyone would want his old papers. "It's nice, though, to have all those boxes out of the house," he said. "The closets were getting pretty full, and my wife was starting to complain."

On this day in 1920, Isaac Asimov was born. He grew up in New York, but it was during his two decades in Boston that he made his name as a master of science fiction....

As a reviewer for the New York Times later said, he was "the picture of a small-city newspaperman — slight, sort of wispy, gray; a man who's reported the fires and Lions Club meetings and courthouse corruption. He's also a nice man, a family man."