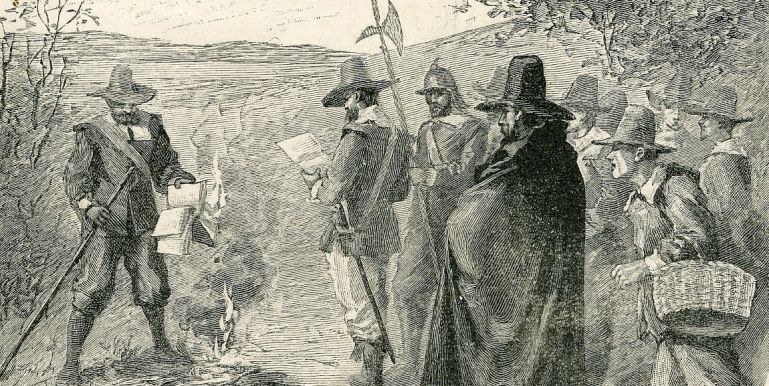 On this day in 1636, William Pynchon received the deed giving him title to most of what is now Springfield, Longmeadow, and Agawam. In exchange, he paid the local Agawam Indians 18 fathoms of wampum, 18 coats, and a quantity of hoes, hatchets, and knives. A devout Puritan, Pynchon left England for Massachusetts Bay in 1630. A shrewd and ambitious businessman, he moved a few years later to the still-wild Connecticut River Valley. He established Springfield as a center for fur trading; other ventures followed. Because he badly needed labor, he welcomed settlers who were impoverished, whose behavior was unruly or irreligious. As a result, early Springfield was an unusually diverse, tolerant, and commercially-oriented Puritan community.

When he founded Agawam — later renamed Springfield in honor of his English birthplace — in 1636, it was the westernmost town in the Bay Colony.