The almost universal opinion and practice of mankind has been on the side of resistance of injury with injury. It has been held justifiable and necessary, for individuals and nations to inflict any amount of injury which would effectually resist a supposed greater injury. The consequence has been universal suspicion, defiance, armament, violence, torture and bloodshed. The earth has been rendered a vast slaughter-field – a theater of reciprocal cruelty and vengeance – strewn with human skulls, reeking with human blood, resounding with human groans, and steeped with human tears. Men have become drunk with mutual revenge; and they who could inflict the greatest amount of injury, in pretended defense of life, honor, rights, property, institutions and laws, have been idolized as the heroes and rightful sovereigns of the world. Non-resistance explodes this horrible delusion; announces the impossibility of overcoming evil with evil; and, making its appeal directly to all the injured of the human race, enjoins on them, in the name of God, never more to resist injury with injury; assuring them that by adhering to the law of love under all provocations, and scrupulously suffering wrong rather than inflicting it, they shall gloriously "overcome evil with good," and exterminate all their enemies by turning them into faithful friends.

Hopedale's incorporation as a town (date?) indicates political support at state level. Am assuming this was before corporate buyout. 'Cos there are not (tho' perhaps could be) any MA towns named Olin, General Electric, etc. Fascinating and full of ironies.
red times in blue state

Our organization, the Stoughton Historical Society has been given some materials on the Draper Mills, including cloth samples and patents. I have heard that there is a museum forming in Hopedale that might be interested. Can anyone out there tell me more? Dwight
red times in blue state

On this day in 1913, a 13-week strike at the Draper Corporation in Hopedale ended in failure, and the workers returned to their jobs. This was a time of labor unrest throughout the country, but the Draper family was shocked that their workers would strike. The corporation provided them with decent housing, modern utilities, even recreational facilities. Ebenezer Draper originally came to Hopedale in the 1840s. He was a major investor in and a resident of the utopian community that thrived there for over a decade. When the community failed in 1856, Ebenezer and his brother converted it into a successful manufacturing venture. The Drapers continued the tradition of social reform by making Hopedale a model company town. Today it is part of the Blackstone National Heritage Corridor.

By 1892 the Draper Corporation was the largest producer of textile machinery in the United States. 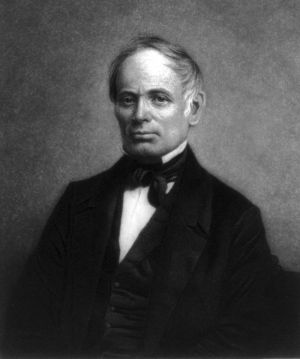 In 1840 Adin Ballou, a reform-minded minister in Worcester County's Blackstone Valley, proposed to establish a utopian community by the banks of the Mill River. He envisioned a "village of practical Christians, dwelling together by families in love and peace, insuring themselves the comforts of life by agricultural and mechanical industry." They would not just improve themselves; they would, he wrote, direct "the entire residue of their intellectual, moral and physical resources to the Christianization and general welfare of the race."

Like so many men and women in antebellum Massachusetts, Adin Ballou was actively involved in a wide range of reforms, including temperance, women's rights, abolition, and a form of pacifism called Christian Nonresistance. He called on all Christians to commit themselves to working for social change.

In the late 1830s, Ballou became convinced that it was impossible to live as a truly reformed Christian without separating from "the governments of the world." Since all governments used force to maintain order and thus were all inherently contaminated by violence, Christian Non-Resistants needed to withdraw from the civil order and live apart in order to create an entirely new kind of society.

He envisioned a "village of practical Christians, dwelling together by families in love and peace, insuring themselves the comforts of life by agricultural and mechanical industry." 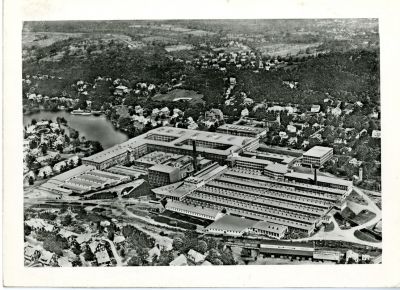 Massachusetts was home to a number of such idealistic experiments. Hopedale was born of the same religious and philosophical urges that brought people to the utopian communities at Brook Farm and Fruitlands and that filled the Shaker villages in Harvard, Shirley, and Hancock.

Although Ballou and his fellow Practical Christians embraced a form of socialism, they decided to structure their community as a joint stock company, where those who could afford it purchased shares in the venture. One of these was Ebenezer Draper, a successful manufacturer who was also a Practical Christian. A friend of Ballou's, he invested a substantial sum and eventually owned nearly three-quarters of the shares. With resources provided by Draper and others, the community acquired a 258-acre farm and the rights to an old dam on the Mill River. The place had long been known simply as the Dale; now it became known as Hopedale.

In April of 1842, Ballou and 40 other utopians moved into the old farmhouse and set to work. They planted crops and built a dam and mechanic shop, a church hall, school, and homes. With a thriving farm and a shop equipped with "a variety of labor-saving machinery for . . . carpentering, joinery, box-making and kindred callings," the community prospered. By 1852 over 200 people were living at Hopedale, which was known as a center of reform activism.

he Draper brothers began by making doors, window sashes, and blinds but discovered early on that their most profitable business was manufacturing cotton looms.

The residents of Hopedale were ardent abolitionists. Crowds of over 1,000 attended anti-slavery meetings there. The community was also in the forefront of the woman's rights movement, giving women the right to vote on internal matters. When the first National Women's Rights Convention met in Worcester in 1850, there were more delegates from Hopedale than any place except Worcester itself. The 25 women went clad in bloomers; their leader, Abby Price, gave one of the major speeches.

In 1856, persuaded by his brother that the community was being mismanaged, Ebenezer Draper withdrew his money, and the utopian experiment collapsed. The venture was converted into a private company. Adin Ballou felt "like one prematurely consigned to a tomb." He continued as pastor of the Hopedale church and spent the rest of his life writing the history of Hopedale.

The end of one social experiment made possible the beginning of another. The Draper brothers began by making doors, window sashes, and blinds but discovered early on that their most profitable business was manufacturing cotton looms. By 1892 the Draper Corporation was the largest producer of textile machinery in the United States. It was also by far the largest employer in Hopedale. At its peak, the Draper Corporation Mill employed over 4,000 workers.

Eben S. Draper, former governor of Massachusetts and president of the firm, insisted that outside radicals had instigated the strike.

The Draper family was shocked, then, when in 1913, during a period of labor unrest, their workers went on strike. Two thousand workers walked out, demanding higher wages and a nine-hour day. Eben S. Draper, former governor of Massachusetts and president of the firm, insisted that outside radicals had instigated the strike. Indeed, the socialist Industrial Workers of the World did lead the protest, with assistance from anarchists such as Nicola Sacco.

Striking workers staged protest marches, rallies, and mass meetings. Some events turned violent; when police responded with gunfire, one striker was killed. As the months wore on and Draper refused to negotiate, the workers began trickling back to the plant. On July 5, 1913, all of the employees returned to work. They had gained nothing, and the Draper Corporation never experienced another strike.

The Draper family did not retaliate but continued its benevolent paternalism, making Hopedale one of the most successful planned communities of the early twentieth century. By the 1930s, however, the textile industry throughout New England had begun to decline. Hopedale was no exception. World War II stimulated demand and sustained the business for a while, but the long-term trend was downward. The Hopedale plant, now owned by North American Rockwell, was closed in 1980.

Hopedale is in the Blackstone Valley National Heritage Corridor.

Sheltered from the Wicked World: Stories and Pictures from Hopedale’s Past Friends of Adin Ballou website

History of the Hopedale Community, by Adin Ballou (reprinted by Porcupine Press, 1973).

Dictionary of Unitarian and Universalist Biography

On this day in 1841, a group of Boston-area utopians purchased Brook Farm in West Roxbury. The writer Nathaniel Hawthorne spent six months there and later wrote about his experiences in his satirical novel Blithedale...