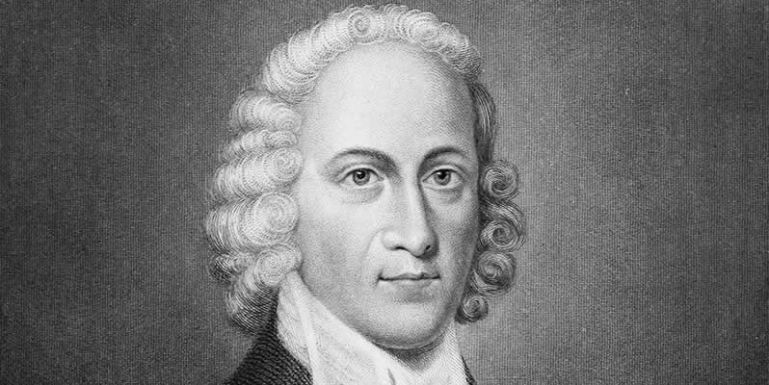 On this day in 1727, Jonathan Edwards was ordained in Northampton. Two years later, he succeeded his grandfather as minister of what was then the largest and most influential church outside of Boston. He was young — only 23 — but he was already a brilliant thinker and charismatic preacher. Alarmed by the lax religious practices and spiritual complacency of his parishioners, he began preaching on the terrifying consequences of sin. His fire and brimstone sermons created a state of religious panic and produced conversions by the hundreds. The revival he inspired spread from Northampton to every corner of the colonies. During the height of the Great Awakening, as the movement was called, Jonathan Edwards was the most powerful man in British North America.

On this day in 1638, Anne Hutchinson was expelled from the Massachusetts Bay Colony. Three years after arriving in Boston, she found herself the first female defendant in a Massachusetts court. When she held prayer...

As ideas came to him, he would write them down on scraps of paper and pin them to his cloak.