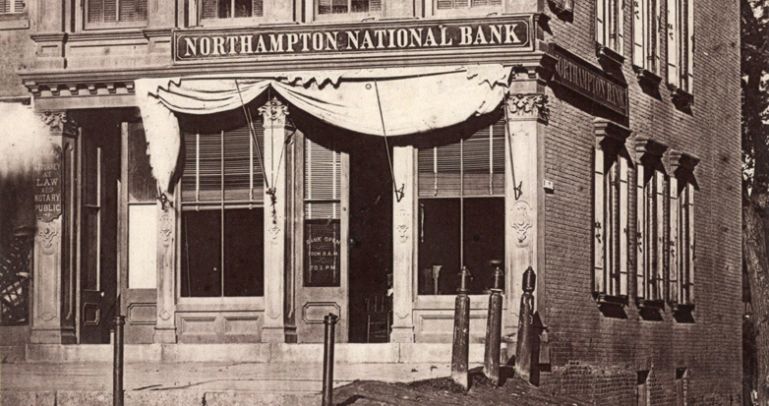 On this day in 1876, a ransom note was sent to the Northampton National Bank. Just a month earlier, a notorious gang of New York thieves had managed to break through the bank's new security system. Within a matter of hours, they made off with the largest heist of cash and bonds in U.S. history. The $1,600,000 stolen would be worth over $26,000,000 today. The crime was carefully planned and brilliantly executed, but the thieves were less successful in getting the bank to ransom the bonds. They negotiated for nearly a year before Pinkerton detectives finally tracked them down. The ringleaders were arrested, tried, and convicted. The cash was never recovered.

On this day in 1920, the Boston Post ran a story that ultimately exposed one of the biggest financial swindles in history. In a series of articles that won the paper its first Pulitzer Prize,...

Northampton National bank officers decided to improve security by installing one of Linus Yale's new cylinder pin-tumbler locks, which could be opened only with a key and a combination.