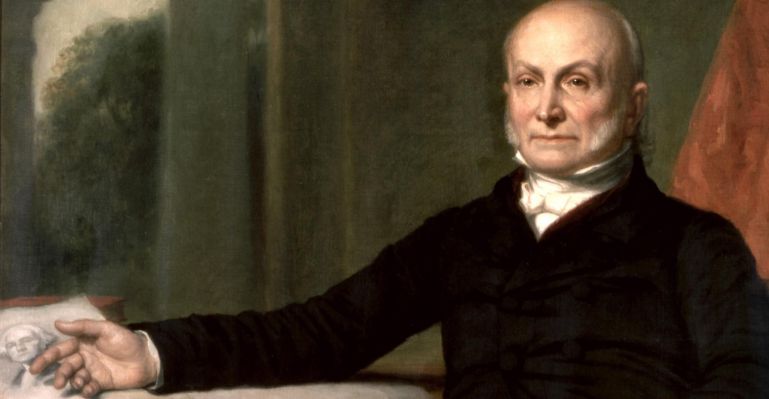 On this day in 1783 John Quincy Adams traveled from Holland to Paris with his father, John Adams. The senior Adams was involved in negotiating a peace treaty with Great Britain. On September 3rd, the Treaty of Paris was signed, ending the Revolutionary War. Sixteen-year-old "Johnny," as the family called John Quincy, had been in Europe for five years and would stay for another two. His extraordinary exposure to European culture, history, and politics would be of great value to his country during his long career in public life. Widely considered one of the best Secretaries of State the United States has ever had, John Quincy Adams also served as President, and later as a member of the House of Representatives.

On this day in 1775, Abigail Adams wrote sadly "the Die is Cast . . . The Sword is now our only yet dreadful alternative." The day before, news had come from England. King George...

"You will ever remember that all the end of study is to make you a good man and a useful citizen," was advice he heard early and often.