But What shall I do at the end of that time (for prudence bids us to Consider the future as well as the present). Why I must eighther return to America, and Bury all my improvements among people intirely destitute of all just Ideas of the Arts, and without any addition of Reputation to what I have already gaind. For the favourable receptions my Pictures have met with at home has mad them think I could get a better Living at home than I can here, which has been of service to me, but should I be disappointed, it would be quite the reverse. It would rather lessen than increase their opinion of my Works which I aught by all prudent methods strive to avoide. Or I should sett down in London in a way perhaps less advantageous than what I am in at present, and I cannot think of purchasing fame at so dear a rate. I shall find myself much better off than I am in my present situation. (I would be here understood to speak of the profits of the art only, for as I have not any fortune, and an easy income is a nesasary thing to promote the art. It aught to be considered, and Painters cannot Live on Art only, tho I could hardly Live without it). But As it is not possible for me, Who never was in Europe, to settle sufficiently in my mind those points, I must rely on Your Friendship and Mr. West to inform me. I have wrote You and Mr. West in the plainest and most unreserved maner what the dificultys are, and doubt not Your friendship and prudence will lead You to give all Due weit to the objects I have proposed; and if You think they are still sufficient to keep me in this Country, I shall strive to be more content myself where I am. I have been thee more particular in this Letter Least the other should have miscarried, and doubt not You will write me answer as soon as possible, and prevail on Mr. West to Lay asside the pencil to remove my Doubts, for You cannot but know a state of uncertainty in affairs of consequence (as these are to me,) are very perplexing and disagreeable. Beside if Your Answer [be] such as to favor my going, you know I have a Real Estate which I must dispose of, and a Great Deal of Business to settle, which must take up much time and will detain me another Year, unless I can hear soon from You.

As a native Bostonian we pronounced the name "Cope-ley", but have had more and more people refer to the name as "Cop-ley". Can anyone give me the true and original pronunciation of this name? Can't believe it's Irish!
Login

On this day in 1738, John Singleton Copley was born in Boston to recent Irish immigrants. From these humble beginnings, he became the foremost artist in colonial America. His natural talent, attention to detail, and determination made up for his lack of formal artistic training. A key ingredient in his success was his ability to paint his subjects in poses and settings borrowed from the English aristocracy they so admired. Although he and his family lived in an elegant mansion on Beacon Hill, Copley was "mortified" that his countrymen considered an artist "little better than a carpenter or shoemaker." When the coming Revolution caused most of his wealthy clients to leave Boston, he left, too. He never returned to his native land.

He had the technical skill to capture details such as powder from a wig that had settled on a sitter's coat. 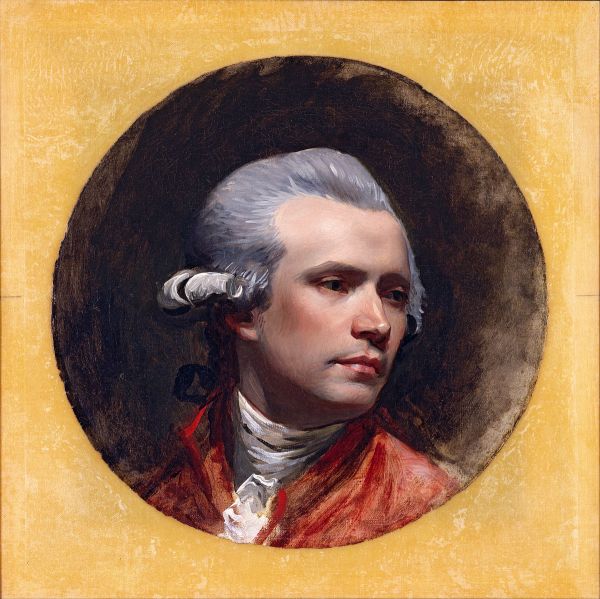 There was little in John Singleton Copley's early life to suggest his future artistic success. He was born in Boston to parents only recently arrived from Ireland. His father sold tobacco, and both his health and his business were poor. Shortly after the birth of his only child, the elder Copley left for the West Indies, hoping to recover his strength. When he died there, his widow was left to support herself and her son from the tobacconist shop on Long Wharf.

Her remarriage to Peter Pelham, a widowed schoolteacher, artist, and engraver, had happy consequences for her ten-year-old son. Already a precocious artist, John Copley had the run of his stepfather's library, which was full of works on art techniques and prints of recent English paintings. Soon Copley had acquired a basic education in drawing, engraving, and painting.

Peter Pelham died only three years later, but he had shown young Copley that it was possible to make a living from art. Thanks to talent and hard work, John Copley was selling prints and paintings by the time he was 15.

He learned the poses, settings, and styles of English portraiture so he could pose his colonial sitters as the British aristocrats they fancied themselves.

Copley was fortunate to be living in Boston during his formative years. The capital was home to prosperous merchants and shippers who aspired to English styles of refinement. One of the most conspicuous signs of affluence and respectability was a painted portrait that could be displayed prominently in the front hall or best parlor. English artists such as John Smibert and Joseph Blackburn came to Boston, affording Copley the chance to observe English techniques. He had little trouble finding his own customers.

In addition to considerable artistic talent, Copley possessed several gifts that helped his career. Although he had been born poor, like Benjamin Franklin he understood the role of the gentleman and could gracefully act the part.

He had the ability to satisfy his clients' taste for all things English, the more aristocratic the better. He learned the poses, settings, and styles of English portraiture so he could pose his colonial sitters as the British aristocrats they fancied themselves. He followed the conventions of English painters, adding pillars to suggest grandeur and substance, and included draped tables, upholstered chairs, and luxuriant swags to indicate wealth and social position. He paid careful attention to rendering the fabrics his sitters wore as a sign of their ability to afford expensive imported textiles.

"The people generally regard it," he wrote, "no more than any other useful trade,. . .like that of a carpenter, tailor, or shoemaker, not as one of the most noble Arts in the world."

Copley also adopted the English custom of including personal props to convey the sitter's attributes and position. He had the technical skill to capture details such as powder from a wig that had settled on a sitter's coat. His customers were delighted, and, from 1760 on, the young painter's services were in constant demand.

As if to affirm his new position in Boston society, John Singleton Copley married Susanna Clarke, the daughter of a wealthy merchant in 1769. It was a happy union that produced six children. But Copley was not happy with the people of Boston. He complained that Americans had no appreciation for the fine artists' craft. "The people generally regard it," he wrote, "no more than any other useful trade,. . .like that of a carpenter, tailor, or shoemaker, not as one of the most noble Arts in the world. Which is not a little mortifying to me."

He had earlier sent a portrait to London, where it brought praise from established painters Benjamin West and Joshua Reynolds and invitations to come to Europe. Copley was tempted, but hesitated to leave his mother alone.

While Copley was not personally identified as a Tory, he watched and worried as more and more of his wealthy patrons began to leave the city.

In December 1773, Patriots staged what became known as the "Boston Tea Party." The tea dumped into the harbor belonged to Copley's father-in-law. As political tensions increased, Loyalists like Clarke realized they could not stay in Boston. While Copley was not personally identified as a Tory, he watched and worried as more and more of his wealthy patrons began to leave the city. In June of 1774, he himself sailed for Europe with the expressed intention of taking a Grand Tour to study Italian art. After a year abroad, he settled in London and sent for his family. He lived another 30 years, all of it in England, where he enjoyed success as a painter of portraits and large-scale, historical scenes.

John Singleton Copley never returned to his native city, but he painted John Adams, John Quincy Adams, and other Bostonians when they visited England. And he left behind in America an extraordinary collection of portraits of Boston's political and social elite in the last years of their lives as colonial subjects. Many of those portraits now reside in the Museum of Fine Arts, which was once located on Art Square. When the city bought the land in 1883, it was renamed Copley Square. So it has remained.

A statue of Copley was installed in Copley Square in 2002.

On this day in 1722, the Boston paper The Courant first published a letter from a widow with a keen wit and a gift for satire. Every few weeks, another letter from "Silence Dogood" appeared....