From Lucy Stone to her parents

I must write to you about my affairs here, and then I want you to tell me honestly just whether you think I have done right. It has been the custom for the ladies who were appointed to write for the Commencement to have their essays read by Professor Thome. Some of them thought ladies ought to have the privilege of reading for themselves. Accordingly, I prepared a petition to the faculty asking that we might do so; but the petition was rejected, on the ground that it was improper for women to participate in public exercises with men. I came at once to the conclusion that I would not write.

I said to President Mahan that I wished to be excused. Several members of the class spoke at once; said they hoped I would not resign then, but would take time to consider. I told them I had already considered. President Mahan said he thought that we ought to have the privilege of reading for ourselves; that he did all he could to get the consent of the faculty, but they were all against him.

Miss Adams and some members of the class who were particularly anxious that I should read, called on President Mahan. He said that he had just been speaking of the same thing to Mrs. Mahan; that he was very, very desirous that Miss Stone should read; that he thought she ought to and would represent the class well; that there had never been a students here who had gone through a course of study with whom he was better satisfied, etc., etc., etc. The matter has been before the faculty more than two weeks. I don't know what they will decide, but I certainly shall not write if I cannot read for myself. By so doing I would make a public acknowledgment of the rectitude of the principle which takes away from women their equal rights.

Now, don't you think I did right? Isn't it better that I should be true to my principles than to have the honor (?) of writing for Commencement what another must read for me? not because I could not just as well read it for myself, but because I am a woman, and women must not speak in the church when men are on the same platform. When you write, please tell me honestly just what you think of it.

In this article you say "The two factions were not reconciled until l890, three decades before American women cast their first votes in a national election." I don't think this is quite right. Women cast votes in national elections in some states before the 19th Amendment was ratified. This is because voter qualifications were set by the states, and some states allowed women to vote before the 19th Amendment extended suffrage to women nationwide.
Lucy Stone

On this day in 1818, woman's rights pioneer Lucy Stone was born on a farm in West Brookfield. Her mother greeted the news that her sixth child was a girl by exclaiming, "Oh Dear! I am so sorry it is a girl. A woman's lot is so hard." Lucy Stone would dedicate her life to improving a woman's lot. She defied her father and insisted on attending Oberlin College, becoming one of the very first Massachusetts women to earn a college degree. She continued to defy convention by becoming a public lecturer. She traveled the state — and later the country — giving powerful speeches against slavery and for woman's rights. She lived to see the emancipation of enslaved people but died 30 years before the enfranchisement of American women.

As the end of the war neared, she called for political rights, including the vote, for newly emancipated slaves and women. 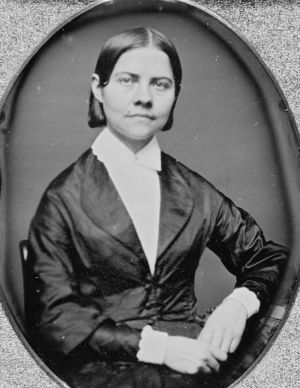 The Stone family farm, on Coy's Hill, was smack in the middle of Massachusetts, but there was nothing middle-of-the-road about Lucy Stone. As William Lloyd Garrison wrote after first meeting her, she had "a soul as free as the air" and she chose a "very firm and independent" course.

She was almost 30 years old when she graduated from Oberlin College with honors in the summer of 1847. Invited to write a commencement address, she refused because she would not be allowed to read it herself. Oberlin was the first American college to educate women alongside men, but even there, women did not participate in public exercises with men.

A few months later, Lucy Stone gave her first public address from the pulpit of her brother's church in Gardner. Soon, she began traveling the state as an agent for the American Anti-slavery Society. On weekends she lectured on abolitionism; during the week, she spoke out for woman's rights. In 1850, she helped organize the first national woman's rights convention. Held in Worcester because the city was easily accessible by train and known to be hospitable to reform, the convention drew more than a thousand people to a downtown hall. Both hostile and sympathetic reporters from all over the country covered the two-day event.

As William Lloyd Garrison wrote after first meeting her, she had "a soul as free as the air" and she chose a "very firm and independent" course. 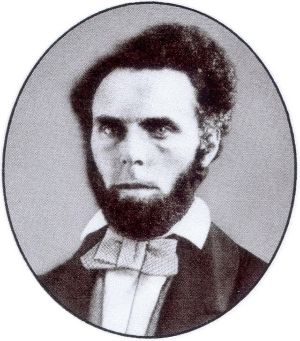 Over the next few years, Stone proved to be a powerful and popular orator. She earned a good living and a national reputation giving public lectures on the injustices faced by blacks and women. She toured the country, organizing anti-slavery and woman's rights conventions, collecting petitions, lobbying legislators, and, whenever she had the opportunity, speaking to state legislatures.

In May 1851, she addressed the Massachusetts legislature on behalf of an amendment to the state constitution giving full civil rights to women. In the gallery that day was Henry Brown Blackwell, the son of a reform-minded family from Cincinnati (two of his sisters were pioneer physicians). Blackwell set out to persuade Lucy Stone to overcome the objections she had long held to marriage. After a two-year courtship, he succeeded. At their wedding in April 1855, they read a protest "against the present laws of marriage [which] refuse to recognize the wife as an independent, rational being." Stone promised to love and honor her husband but omitted the word "obey" from her vows, and she further defied custom by keeping her own name.

At their wedding in April 1855, they read a protest "against the present laws of marriage [which] refuse to recognize the wife as an independent, rational being."

After her marriage, Lucy Stone continued to lecture, drawing large and enthusiastic audiences. In 1857 she gave birth to her only child, Alice Stone Blackwell. When the baby was a few months old, Stone refused to pay the bill for the taxes on her house on the grounds that it was "taxation without representation." The town responded by auctioning off her household goods. Stone curtailed her lecturing during the first years of Alice's life and was just returning to the lecture circuit when the Civil War began.

Like her fellow reformers, when war came Stone devoted all her energies to the Union cause. As the end of the war neared, she called for political rights, including the vote, for newly emancipated slaves and women. When the 14th Amendment passed Congress, it gave equal protection under law to men who had been slaves but, to the dismay of woman suffragists, in doing so it introduced the word "male" into the Constitution for the first time. Although Stone was deeply disappointed, she supported ratification of both the 14th and the 15th Amendments; the latter gave black men the right to vote.

The death of no woman in America had ever called out so general a tribute of public respect and esteem," her old adversary Elizabeth Cady Stanton wrote.

Stone's old friends and allies Susan B. Anthony and Elizabeth Cady Stanton opposed ratification. The result was a bitter division in the woman suffrage movement, which lasted for more than 20 years. Stanton and Anthony led one wing; Stone and Blackwell the other. From her base in Boston, Lucy Stone founded the American Woman Suffrage Association, and, with the help of her husband and later her daughter Alice, published The Woman's Journal, the influential paper which was known as "the voice of the woman's movement." The two factions were not reconciled until l890, three decades before American women cast their first votes in a national election.

Lucy Stone died at her home in Dorchester on October 18, 1893. Her last words sum up her life's work: "Make the world better," she whispered to her daughter. She was mourned around the world. "The death of no woman in America had ever called out so general a tribute of public respect and esteem," her old adversary Elizabeth Cady Stanton wrote. Stone had planned her own funeral. Six men and six women were pallbearers. Her casket was taken to Forest Hills Cemetery where, two months later, Lucy Stone would be the first person in Massachusetts to be cremated.

Stone is one of six women included in "Hear Us," a work of art honoring the contributions of women to public life in Massachusetts, permanently installed in the State House in the fall of 1999.

Stone is one of four Worcester area women honored with portraits in the city's historic Mechanics Hall.

Concise History of Woman Suffrage, by Mari Jo and Paul Buhle (U. of Illinois Press, 1978).

Century of Struggle: The Woman's Rights Movement in the United States, by Eleanor Flexner and Ellen Fitzpatrick (Harvard University Press, 1975).