STATE SAYS WHIDAH BELONGS TO IT, TOO

SOUTH WELLFLEET—A team of Cape and islands treasure hunters, who believe they have found the fortune-laden pirate vessel, Whidah, 700 yards off Marconi Beach, will ultimately seek their riches not on the ocean's floor, but in a courtroom.

A state archaeology official said yesterday the commonwealth will file the first claim to a portion of the $80 to $200 million in gold, silver, ivory and jewels that legend says was aboard the 300-ton, London built galley ship when it sand in a storm April 26, 1717.

Under provisions of the 1973 state Underwater Archaeological Act, state officials claim the commonwealth is entitled to 25 percent of what is discovered from the wreck. The act also empowers the state to oversee the salvage operation and says the state, along with private museums in Massachusetts, have the first option to buy, at market value, any historical articles recovered.

"The state will very definitely file a claim," said Joseph Sinnott, chairman of the Underwater Marine Archaeology Board, the agency that oversees the state's underwater wrecks. "We believe the wreck was found in state-owned and state-controlled waters and we will be in court when the hearings are held."

Slaves aboard the Whydah?

It was not clear from the article whether or not the galley was still full of slaves from Africa when Bellamy attacked and captured the Whydah. The article states that he filled those galleys full of treasure; if so, what happened to the slaves. Also does anyone know where the name "Whydah" came from? It is an unusual word.
Slaves aboard the Whydah?

On this day in 1985, treasure hunter Barry Clifford finally had proof that the wreck he was salvaging off Cape Cod was indeed the pirate ship Whydah. Lost in a violent storm off Wellfleet in 1717, the Whydah had gone to the bottom within sight of shore. Tales of the treasure that sank with the ship filled Clifford's childhood. His dream of finding the wreck became an obsession. When divers began to bring up pieces of eight and gold from the right time period, he was convinced they came from the legendary ship. But only when the words "The Whydah Gally 1716" appeared beneath the encrusted surface of a bell did Barry Clifford know for sure that he had indeed found the Whydah.

Clifford and his team recovered millions of dollars worth of coins, artifacts, and gold dust. 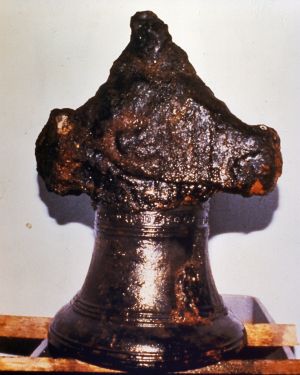 Growing up on Cape Cod, Barry Clifford loved to hear his uncle's tales of pirate ships and lost treasure. His favorite was the story of the Whydah, a 100-foot English merchant ship captured by the infamous New England pirate "Black" Sam Bellamy in 1716. After commandeering the Whydah, Bellamy filled the galley, which had carried enslaved people on its voyage from Africa to the West Indies, with treasure collected from months of piracy. It was an astonishing fortune: 30,000 pounds of silver, 10,000 pounds of gold, 20 tons of ivory and "enough precious jewels to ransom a Princess," according to one of the men aboard.

Bellamy was sailing his own ship, the Marianne, and the captured Whydah home to Cape Cod in April of 1717 when he encountered one of the worst Atlantic storms of the eighteenth century. In the grip of the powerful nor'easter, the Whydah slammed into a sandbar off Wellfleet and sank. Only two crewmen survived. Over the next few days, the bodies of over 100 pirates washed ashore, along with bits and pieces of the treasure. The shattered ship and most of the booty quickly disappeared under shifting sands. For the next 250 years, it remained out of reach of treasure hunters and salvagers.

In the grip of the powerful nor'easter, the Whydah slammed into a sandbar off Wellfleet and sank. Only two crewmen survived. 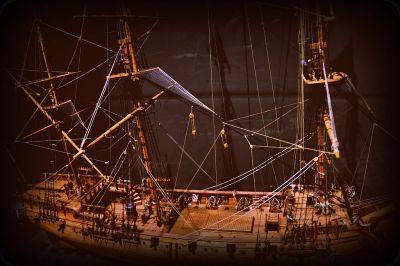 Barry Clifford was determined to find the Whydah and her treasure. Beginning in 1981, he dedicated all his energies to the hunt. For the next four years, his business and marriage suffered as he single-mindedly studied old records, consulted with experienced treasure hunters, mapped the area with special metal detecting equipment, and recovered pieces of iron that he believed might have been from the ship. Clifford secured permits from the state to conduct underwater archeology, and crisscrossed the country raising money for an underwater dig. In November of 1982, he "staked his claim" to the site in U.S. District Court, seeking the right to keep any treasure he might uncover. His request was granted; now he had to find the wreck.

Many people believed the story of the Whydah was only a legend; others were sure that the treasure had long ago been stripped from the wreck, or that the remains were too deep and too scattered ever to be recovered. Clifford persisted, studying documents that referred to the original site of the wreck, using old maps to take into account how the shoreline had shifted, and employing special metal-detecting equipment to pinpoint his search. Finally, he anchored his 70-foot boat over the spot where he believed the wreck lay. With two huge cylinders powerful enough to blow the sand on the ocean floor into 15-foot craters, he found what he was looking for.

With two huge cylinders powerful enough to blow the sand on the ocean floor into 15-foot craters, he found what he was looking for.

Over the next two summers, Clifford and his team recovered millions of dollars worth of coins, artifacts, and gold dust. Clifford claimed this was just the beginning, but he still had no proof the loot came from the Whydah. Finally, divers brought up a bell; after archaeologists worked to gently clean encrusted material from the bell's surface, the fateful words appeared — "The Whydah Gally 1716."

Clifford and his team continued to bring up treasure from the wreck, but they still faced a huge challenge. The state of Massachusetts went to court, claiming joint ownership of the Whydah and the right to regulate the salvage operation. Clifford's lawyers argued that his federal permit superseded the state's claim. The dispute was not resolved until 1988; Clifford won the case, and the treasure was legally his.

Clifford has mapped the site, conserved hundreds of thousands of artifacts recovered from the wreck, and displays about 200 of them in a small traveling exhibit; the rest are stored at the Expedition Whydah Sea-Lab and Learning Center in Provincetown. His exploration team continues to recover new material from the wreck during each summer's dive season.

"Every time we go down there, we find another tip of another iceberg."

In 2006 researchers reported an intriguing find: a bone, silk stocking, and shoe of a ten- or 11-year-old boy, the youngest pirate ever identified. Eighteenth-century court records and modern forensics strongly suggest that the boy was John King, who was sailing with his mother from Antigua to Jamaica when Sam Bellamy attacked and plundered their ship in November of 1716. According to a document found in a London archive, young King "declared he would kill himself" if he was not allowed to join Bellamy's crew. Bellamy agreed, and John King was aboard the Marianne when she captured the Whydah. Both the legendary pirate and the boy died when the Whydah sank.

In July of 2007, the team discovered more than two dozen cannons, all taken from ships captured by the Whydah, buried beneath ten feet of sand only 2,000 feet off shore. Clifford had already recovered most of the the Whydah's original 22 to 28 cannons. "We had no idea that there were 30 extra cannons on board this ship," Clifford told the Boston Globe. "Every time we go down there, we find another tip of another iceberg."

Clifford's finds are on exhibit at the Whydah Pirate Museum in West Yarmouth.