Over and over, many who mourned Lenny Zakim last December lauded the longtime director of the Anti-Defamation League for helping to bridge divides, whether in race, religion, or ethnicity.

So, at a news conference yesterday, Cardinal Bernard Law said it is fitting that the state plans to name the new Central Artery Bridge, a steel span certain to become one of Boston's most visible landmarks, after Zakim.

"A bridge brings people together," Law said at the news conference at his Brighton residence where he was joined by Governor Paul Cellucci, religious leaders, and Zakim's family.

Law said that Zakim, a close friend, could have succeeded at many professions, but he "chose to dedicate his life to being a bridge, bringing people together."

… Cellucci this week will file a bill to name the 180-foot structure, which will be the world's longest cable-stayed bridge, the Leonard P. Zakim Freedom Bridge. The $100 million bridge is scheduled to open in June 2002, replacing the upper and lower decks of the six-lane Interstate 93 with a 10-lane span over the Charles River.

"This is a symbol for a man who stood for tolerance, fought bigotry and hate," Cellucci said. "If more could follow Lenny's example, we would have a much better city, and a much better state. He really did believe an individual could make a difference. While he fought those evils, he worked to bring people together."

The Zakim Bridge is emphatically NOT the world's longest cable stay bridge. It is the WIDEST.
Zakim Bridge

Whoops! Our mistake. The correction has been made in the text, though the recording of today's moment still contains the error.
Zakim Bridge

Philadelphia has the Benjamin Franklin Bridge, Washington DC has the Woodrow Wilson and of course NYC has the George Washington Boston had an opportunity to memorialize a historic event or person I thought then as I walked the Bridge as now that naming the bridge after Zakim was a mistake and an empty PC gesture to his widow. 100 years from now none but his family will remember Lenny Zakim -- but the world will remember what happened at Breeds Hill as long as the US exists How much more appropriate would it have been to have named it the "Joseph Warren and the Heroes of Bunker Hill" But if we needed to name it after one person -- well -- We have no memorial for John Adams -- who coincidentally was instrumental in building the USS Constitution that is moored nearby ------------------------- WestHighlander
Zakim Bridge

Actually, While the Bridge is not even close to being the World's Longest and may or may not be even be the World's Widest {depending on some definitions} A proposed new Mississippi River Bridge at St. Louis that is in final design will be wider by nearly 40 feet Our bridge is however, the world's widest asymmetric Cable Stayed Bridge The key is the two extra lanes on the Northbound side outside of the 8 lanes passing though the two towers ------------------------- WestHighlander
Zakim Bridge

I agree totally with West Highlander... Why is this bridge being called Zakim, after an activist from New York that very few people had any knowledge of until this bridge was named after him? I continue to call it the Bunker Hill Bridge and if the media (who are to blame for perpetuating this name) would stop referring to it exclusively as the "Zakim", they would find that most thinking people prefer to call it the Bunker Hill Bridge.
Login

On this day in 2002, more than 200,000 people celebrated Mother's Day by walking across the Leonard P. Zakim-Bunker Hill Bridge, months before it was open to cars. Built as part of the country's most expensive public works project — "the Big Dig" — the bridge is the widest cable-stayed span in the world. At first it was to be named the Leonard P. Zakim Freedom Bridge in honor of a man who spent his lifetime bringing together people of different races, religions, and ethnic groups. Since one end of the bridge is in Charlestown, officials added "Bunker Hill" to the name, in memory of the men who fought there in June 1775. Today, most Bostonians refer to the dramatic structure simply as the Zakim Bridge. 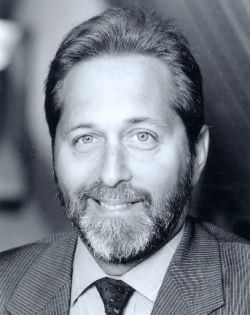 Highways, tunnels, parks, and schools bear the names of individuals who made a difference in the lives of others. Rarely is a choice as fitting as the decision to name a bridge for Leonard P. Zakim, a man whose life work was fostering connections among people.

When "Big Dig" officials decided to open the bridge for a public walk, they expected 40,000 or so people to show up. Despite rainy weather, five times that many stood for hours under a canopy of umbrellas, waiting for their turn. Among those who strolled the length of the bridge on Mother's Day 2002 were Zakim's widow Joyce, their three teenage children, and his parents. Lenny Zakim died in December 1999 after living with cancer for more than four years. "It's an extraordinary day for our family," said Joyce Zakim. "This is what his life was about . . . It's such a tribute to him and his life's work."

Born in 1953, Lenny Zakim grew up in New Jersey. From childhood he had an intense interest in politics and civil rights, which eventually led him to law school in Boston. After graduating in 1978, he worked on Michael Dukakis's gubernatorial campaign and was then hired as civil rights director for the Anti-Defamation League (ADL) in New England. Five years later, he took over as director, a position he held until his death.

"It's an extraordinary day for our family," said Joyce Zakim. "This is what his life was about . . . It's such a tribute to him and his life's work." 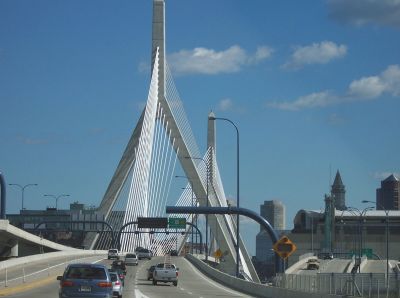 He described himself as "a firm believer that relationships count more than institutions. It's when you know someone that you start to care about their issues." Committed to ethnic and racial reconciliation, he became close friends with Bernard Cardinal Law. The two men traveled together to Auschwitz and later to Rome. Pope John Paul II named Zakim a Knight of St. Gregory, an honor the Vatican bestows on lay people for extraordinary service to humanity.

Zakim was instrumental in establishing the World of Difference Institute within the ADL. The institute provides resources to schools, communities, and businesses to help people recognize bias, racism, and bigotry, understand the harm it causes, and experience the value of diversity.

With the African-American minister Charles R. Stith, he co-founded Boston's first black-Jewish Passover seder, which has become the largest interracial seder in the country. He also co-founded the Team Harmony Foundation, an organization that "seeks to educate, empower, motivate and inspire young people . . . to combat all forms of bigotry and to promote respect for diversity." Every year, the Foundation brings together the largest interracial group of young people in the world.

"It's when you know someone that you start to care about their issues."

Shortly after being diagnosed with bone marrow cancer, he began laying the groundwork for one of his most lasting legacies — the Lenny Fund. Each year the philanthropy disperses funds to scores of grass-roots organizations, "from the Asian community to the black community to the Jewish community to the Catholic community," explains the fund's co-chairman. Grant recipients are strongly encouraged to form relationships with each other to further the goal of connection among all people.

Zakim's openness and energy were in evidence during his illness, too. While exploring various ways to gain control over the devastating effects of both his cancer and traditional treatments for the disease, he became a "passionate advocate for an integrated approach to cancer treatment." As a result of his efforts, Dana-Farber Cancer Institute established the Leonard P. Zakim Center for Integrated Therapies, where patients have access to practitioners of acupuncture, Reiki, mind-body techniques, massage therapy, and other non-traditional treatments.

When Zakim died at the age of 46 in December 1999, he was hailed as a "crusader against bias" and a "hero of the battle against hatred." An overflow crowd of 1,800 people from all walks of life attended his funeral at Temple Emmanuel in Newton. As the Boston Herald reported the next day, he accomplished "again in death what he did so many times during his life . . . [drawing] thousands together across racial lines."

The best places to view the Zakim-Bunker Hill Bridge (when one is not driving across it) are at the Charles River Locks and Lovejoy Wharf.

On this day in 1897, at 6 am, over 100 people crowded onto the first train to travel through a tunnel under downtown Boston. More than 100,000 people would take the three-and-a-half minute trip that...