DETROIT -- Violence shattered figure skating's fairyland world here yesterday afternoon after practice for the US Championships when an unidentified man struck national champion Nancy Kerrigan of Stoneham, Mass., on the right knee with what was believed to be a crowbar. ''Why me, why, why, why?'' Kerrigan sobbed as her attacker, described as an adult standing 6 feet and weighing 200 pounds, ran down a corridor at Cobo Hall and escaped by breaking through a chain-locked plexiglass door. ''It hurts, it really hurts,'' she told her father, Dan, who had been watching practice and carried her out of the rink. ''I'm so scared.''

"I'm OK," Kerrigan told ABC later last night. "It could have been a lot worse."

….Ever since she won her Olympic medal, Kerrigan has been a national figure. "People Magazine" named her one of the country's 50 most beautiful people. Campbell's Soup and Seiko signed her to endorsement contracts. A Campbell's advertisement, showing Kerrigan checking a hockey player, is airing this week.

"Nancy has to understand that she's a visible person, and for the rest of her visible life, she'll need protection," said [her longtime coach Evy] Scotvold. "She hasn't been a star for years and years. People who have been know about these things. She doesn't know about them."

For figure skating officials, the attack on Kerrigan demolished any illusions that their top athletes are immune from the cranks who routinely shadow highly paid sports stars.

"We're a little sport, but we have high visibility," said Scotvold. "We're subjected to all the big league terror."

Until yesterday, the terror was limited to letters and phone calls. Now it includes sweating strangers swinging crowbars. "We can deal with what happened here," said Scotvold. "I'm more concerned about Nancy two or three weeks from now. I'm concerned about how untrusting she will be about being a young woman in a free country."

"I won't lose faith in people," Kerrigan told ABC. "That's just one bad guy. I'm sure there are others, but not everybody's like that."

Interested in what Tonya's up to lately? See: www.tonyaharding.com. This lurid moment (and its aftermath) was very interesting to read about. Was it really 11 years ago?
Tonya Harding's website

On this day in 1994, Nancy Kerrigan of Stoneham was practicing for the U.S Figure Skating championships. As she left the ice and stopped to speak to a reporter, a man assaulted her with a club. Forced to drop out of the competition, Kerrigan recovered in time to compete for the U.S. at the Olympics in Lillehammer, Norway. A media frenzy followed Kerrigan and teammate Tonya Harding to the games, on the ice and off. Kerrigan's assailant had confessed and told police that he was part of a plot involving Harding, her bodyguard, and her husband. Since Harding had not been formally charged with a crime, she was allowed to compete although she did not skate well. Kerrigan turned in a nearly flawless performance but came in second to young Ukrainian Oksana Baiul.

Nancy Kerrigan lost the 1994 Olympic Gold in women's figure skating to Ukrainian Oksana Baiul by the smallest margin possible in a 5-4 vote. 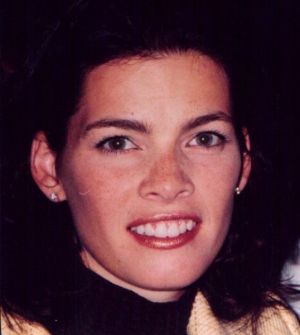 On the afternoon of January 6, 1994, Olympic skating hopeful Nancy Kerrigan, the pride of Stoneham, Massachusetts, skated a practice session at a rink in Detroit. She was scheduled to compete in the U.S. Figure Skating Championships the next night and was widely favored to win the title for the second year in a row.

The Olympics were scheduled for Lillehammer, Norway, in February; the first- and second-place skaters would automatically receive spots on the U.S. team. As Kerrigan left the ice, she stopped briefly to speak with a reporter. Suddenly, a six-foot tall, 200-pound man wielding a police baton charged past her, clubbed her on the right knee, and fled through a nearby door.

Her father carried her to her dressing room; she was later treated at a hospital for severe bruising to the tissue and muscle of her knee. When swelling occurred the next day, the skater was forced to drop out of the competition.

With Kerrigan sidelined, Tonya Harding and Michelle Kwan came in first and second at the U.S. championships, and won places on the Olympic team. But in an unprecedented move, U.S. figure skating officials decided that since Kerrigan's injuries were the result of a criminal assault, rather than a skating accident, she would be permitted to compete at the Olympics. Kwan would go to Lillehammer as an alternate.

The drama, however, had only begun. There was wild speculation about who would want to injure a prominent figure skater. At first the media focused on a deranged fan, such as the one who had stabbed tennis player Monica Seles nine months earlier. It was apparently not uncommon for top female figure skaters, including Katarina Witt and Kristi Yamaguchi, to get frequent hate mail. Tonya Harding reported having received a phoned death threat only two months before the U.S. Championships. Asked about the Kerrigan attack, Harding told a reporter, "It scares me because it could have been anyone here. It doesn't make me feel very safe." After the death threat, Harding claimed, she had hired a bodyguard. Skating officials saw the attack on Kerrigan as evidence that figure skaters now faced the same dangers as other highly visible and well-paid celebrities.

Suddenly, a six-foot tall, 200-pound man . . . clubbed her on the right knee, and fled through a nearby door.

Within a week, the drama took a decidedly bizarre turn. The police were looking for an Arizona bounty hunter named Shane Stant in connection with the assault on Kerrigan. Stant turned himself in and made a surprising confession. He said that the attack was part of a plot involving Tonya Harding, her husband, and her bodyguard. According to Stant, Harding had been involved from "way back," and had staged the death threat against herself to make Kerrigan's attack look like part of a pattern.

As the charges unfolded, both Kerrigan and Harding arrived in Lillehammer to prepare for the Olympics. In an atmosphere that resembled a daytime soap opera, the two women lived in the same small skater's village, ate in the same dining hall, and skated in the same practice group. Harding was ordered to appear before the U.S. Olympic Committee's Administrative Board to explain why she shouldn't be sent home for violating its athletic code. But the USOC decided that they could not discipline an athlete for an alleged crime, and facing the threat of a $20M lawsuit, the committee voted to let Harding skate.

Despite her injury . . . Nancy Kerrigan turned in a nearly flawless performance.

Harding's poor performance during the first part of the competition cost her a chance for a medal. She reclaimed the spotlight for the long program by protesting that a broken lace had interfered with her skating. She appealed to the judges, who agreed to allow her to repeat her program.

Despite her injury and ensuing drama, Nancy Kerrigan turned in a nearly flawless performance. After she finished skating, commentator Scott Hamilton told millions of television viewers, "Olympic dreams do come true." He assumed she would win the gold medal, but it was not to be. The last skater of the night was the young Ukrainian Oksana Baiul, whose story of hardship and survival had been told and re-told during the games. When the final scores were posted, Baiul had beaten Kerrigan by the closest margin in Olympic figure skating history to that point.

Tonya Harding was never charged with planning the attack and consistently maintained her innocence.

Kerrigan went home with a silver medal, and Harding returned to the U.S. to face charges of conspiracy to interfere with the investigation of the assault on Kerrigan. Tonya Harding pled guilty, paid a $110,000 fines, contributed $50,000 to the Special Olympics, and did 500 hours of community service at a soup kitchen. The most severe penalty was levied by the U.S. Figure Skating Association, which banned her for life from USFSA events. She was never charged with planning the attack and consistently maintained her innocence. Although she hoped to have a professional career, most skaters, including Kristi Yamaguchi, refused to share the ice with her.

Four men eventually served time in jail for the assault on Kerrigan: Stant, the assailant; his uncle, who drove the getaway car; Harding's bodyguard, who hired Stant; and Harding's husband, who engineered the crime.

Nancy Kerrigan continues to skate professionally; she is married, the mother of two, and lives a few miles from her childhood home.

ESPN Films: The Price of Gold