From Edmonia Lewis to S.C. Armstrong, founding president of the Hampton Institute in Virginia, who was visiting the Centennial Exhibition in Philadelphia where Lewis's work was on exhibition.

Having for a long time heard of your great School and of your work among my father's people I have thought that it might be a pleasure to you and also to your students to have a work of mine in your School. I have brought with me from Rome Italy many of my works to be Exhibited at the great Centennial and among them are the Busts in "Terra-Cotta" of dear old John Brown — Hon. Chs. Sumner, and the Poet Longfellow — which Sell here at the Exhibition for $8 a piece. I am poor but it will give me a great happiness to send to your school three of these busts if you can get the students interested in the matter to be willing to pay the costs (?) of bringing them from Rome Italy to this port — the freight and custom house [will] come to $10 . . . if you can get that amount from among them I will send at once to you the Busts.

I am My Dear Sir

It continues to be a joy for me to be reminded of the incredible contributions of women to the history of Massachusetts. Thank-you for bringing Edmonia Lewis' talents to life for teachers and students alike! YP
Thank-you!

Edmonia Lewis's last days and death are no longer a mystery. She died of kidney disease on Sept. 17, 1907, in London, England. Read about our discovery at http://edmonialewis.com/blog.htm#Searching%20for%20the%20Last%20Days ------------------------- Albert Henderson, co-author, The Indomitable Spirit of Edmonia Lewis, A Narrative Biography, by Harry Henderson
did she know Sarah Remond in Rome

I wonder if she was a contemporary and friend of Sarah Remond (born in Salem, MA) who was a colored abolishionist and feminist who settled in Rome at about the same time. Sarah Remond was a successful anti-abolitionist lecturer first in the US, then England. It is a bit hazy why but in 1866 she moved from England to Rome, married and became a doctor for 20 years.
did she know Sarah Remond in Rome

On this day in 1864, sculptor Edmonia Lewis exhibited two of her early pieces at the Colored Soldiers' Fair in Boston. The daughter of a Native American woman and a black man, Lewis was the first American of color to earn an international reputation as a sculptor. At the Soldiers' Fair, she showed a full-length figure of Sergeant William H. Carney and a marble bust of the martyred Colonel Robert Gould Shaw, both heroes of the 54th Massachusetts Regiment. By 1865, Lewis had earned enough money from her work to leave Boston for Europe. While she made periodic trips back to the U.S., she built an extraordinarily successful career in Rome, employing as many as six assistants in her studio. 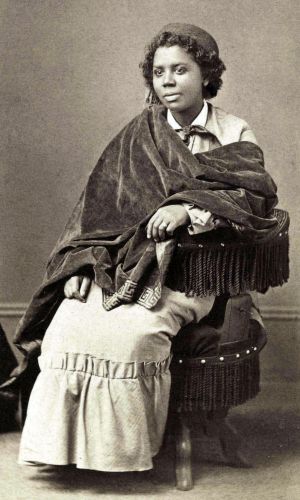 The two years Edmonia Lewis spent in Boston were of enormous significance to her career. It was in Massachusetts that she received her first training as a sculptor, gained support among abolitionists, black and white, and began to establish a name for herself as an artist.

Little is known about her early years. Born around 1842, near Albany, New York, Lewis was orphaned by 1850. From time to time, she visited her mother's Ojibway (Chippewa) relations who lived near Niagara Falls.

With help from her older brother Samuel, who was a successful entrepreneur in California during the Gold Rush, Lewis attended an integrated school supported by anti-slavery advocates in upstate New York. Students and faculty were involved in assisting fugitive slaves on their way to freedom in Canada. In 1859 her brother helped her enroll at Oberlin College in Ohio, the first college in the nation that admitted African Americans and women.

Lewis found an enthusiastic reception among abolitionists, who actively promoted her work and filled the anti-slavery press with a steady stream of favorable publicity. 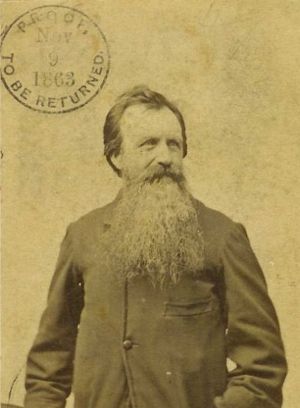 In January 1862, a bizarre event threw Edmonia Lewis's life into turmoil. Two students, fellow boarders in a faculty member's home, accused her of poisoning them. The town was convulsed with vicious rumors, reported in newspapers as far away as Cleveland and Cincinnati. Vigilantes seized Lewis and beat her so badly that when she appeared in court it was on crutches. The judge dismissed the charges for lack of evidence. Her white accusers apparently did not return to Oberlin, but she stayed on until moving to Boston in 1863.

Lewis arrived bearing letters of introduction to William Lloyd Garrison, among others. She began studying with Garrison's friend, the well-respected sculptor Edward Brackett, and was soon making terracotta portrait medallions of abolitionist leaders, including John Brown, Charles Sumner, and Wendell Phillips. Lewis found an enthusiastic reception among abolitionists, who actively promoted her work and filled the anti-slavery press with a steady stream of favorable publicity.

Lewis was in the crowd that watched the 54th Massachusetts Regiment — the first black Union regiment from the North — march through Boston in May of 1863. Soon thereafter she learned of the battle at Fort Wagner at which almost half the regiment was killed, wounded, or captured. She was doubtless keenly aware of the long months during which black soldiers refused to accept any pay unless it were equal to that of white soldiers. In 1864, when the Boston Colored Ladies' Sanitary Commission began planning a fair to raise money for the state's three black regiments, Edmonia Lewis was part of the effort.

She created several religious works, including a figure of Hagar, noting "I have a strong sympathy for all women who have struggled and suffered." 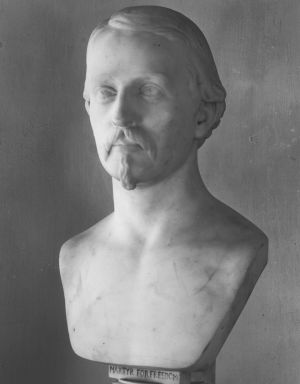 The New York Weekly Anglo-African called the event "the greatest fair ever held in Massachusetts by colored people." Tables sponsored by black and white women's groups from across the state filled the hall. Lewis displayed two of her sculptures. One — of New Bedford's William H. Carney, the first black man to be awarded the Congressional Medal of Honor — has never been found, but it was her first full-length figure and the first known sculpture of a "specific, named, and nationally recognized individual African American soldier . . . fighting for . . . freedom," explains Lewis's biographer Marilyn Richardson.

The other piece was a bust of Colonel Robert Gould Shaw, inscribed with the words, "Martyr for Freedom." Widely admired, it added to Lewis's growing reputation. By selling copies and photos of it, she was able not only to aid black soldiers but to save enough money to finance her studies abroad.

After settling in Rome, she became one of the most productive and successful American expatriate artists. In 1867-68, she completed Forever Free, celebrating the end of slavery. The marble statue shows a black man raising his arm, with the chains broken, to the heavens; at his feet a woman kneels, her hands clasped in prayer. She created several religious works, including a figure of Hagar, noting "I have a strong sympathy for all women who have struggled and suffered." Many of her customers were American tourists, who admired and purchased her pieces. On a number of occasions, she returned to the U.S. to exhibit and sell her sculptures.

Her monumental The Death of Cleopatra generated enormous interest, with one newspaper noting that it "excites more admiration and gathers larger crowds around it than any other work of art in the vast collection."

In 1876 Lewis was among the American artists working in Rome who sent work to the Centennial Exposition in Philadelphia. Along with half a dozen smaller pieces, she exhibited her monumental The Death of Cleopatra. One contemporary artist described it as "very original and very striking." The sculpture generated enormous interest, with one newspaper noting that it "excites more admiration and gathers larger crowds around it than any other work of art in the vast collection."

Back in Rome, Lewis continued to create original depictions of political, classical, biblical, and literary figures as well as portrait busts commissioned by wealthy travelers on the "grand tour." Her bust of poet Henry Wadsworth Longfellow is at Harvard University and a life-size statue of Hygeia adorns Dr. Harriot Hunt's grave in Mount Auburn Cemetery. The Smithsonian American Art Museum in Washington owns eight pieces of her sculpture, the largest single collection of Edmonia Lewis's work.

Lewis's last years are, like her childhood, still largely shrouded in mystery. She is believed to have died in London, England in 1907.

We Are Your Sisters: Black Women in the Nineteenth Century, ed. by Dorothy Sterling (W. W. Norton & Company, 1984).

"The Object at Hand," by Stephen May in Smithsonian Magazine, September 1996.

On this day in 1848, Dr. Harriot K. Hunt of Boston, one of the nation's first female physicians, made a visit to the Shaker community in Harvard. She found much to her liking. There were...