THE DICKENS GAME. Introducing characters from the novels of Charles Dickens. A very neat, attractive and salable entertainment. Especially popular with lovers of the works of the great English novelist. Handsomely printed cards; vignette of Dickens on the label. RETAIL PRICE 25 cts.

IVANHOE. - A new illustrated game, differing in style, appearance and manner of playing from any other published. Founded on Scott's famous novel, and delighting all who play it. Pretty pearl blue cards with quotations and illustrations. Ivanhoe is one of the most original and delightful games that has been issued for many a day. Easily learned. For young or old. RETAIL PRICE 25 cts.

During WW II the British licensee for Monopoly was a company by the name of Waddington's. They produced some Monopoly sets knowned as "rigged sets." Monopoly as well as other games that consumed time were allowed to be sent in Care/Red Cross packages to Brithish airmen who had been shot down, taken captive, and held as POW's. All british air men had been informed as well as sworn to secrecy that any Monopoly game with a small red dot, that looked like a printing glitch, located in the free parking square was a very special game. Special because it had been rigged as follows: 1.) Maps of the local area printed on silk and folded into tiny balls were inserted in the playing pieces. 2.) One of the playing pieces contained a small magnetic compass. 3.) Genuine amounts of Axis currency were hidden in the Monopoly money Of the estimated 35,000 Allied POW's who successfully escaped during WW II it's esimated that approximately 1/3 were aided in their efforts by the so-called "rigged sets." Rather ironic when you think there was a real "get out of jail free card" included in some sets!
Login

On this day in 1901, George, Charles, and Edward Parker incorporated a game company: Parker Brothers. Started by George in 1883 with a single, self-invented game named Banking, Parker Brothers quickly capitalized on the nation's interest in new games and novelties. By 1900, the company was a major force in the game industry. The Great Depression took its toll on the Salem-based company, and only the 1934 introduction of a real-estate selling game kept the company solvent. George Parker had first rejected this game as too complicated. He quickly realized his error in judgment and introduced Monopoly to a game-loving American public. Purchased by Hasbro in 1991, Parker Brothers continues to be an internationally recognized leader in games.

. . . the company viewed Monopoly as a fad that would probably sell well for about three years. 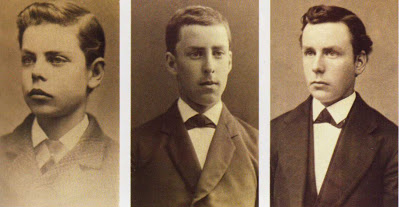 A trio of bored teenage boys with nothing to do on a rainy summer afternoon hardly seemed likely to start a game empire, yet that is just what happened in the Parker family. Nineteenth-century board games were generally moralistic. America's first popular board game, The Mansion of Happiness, published in 1843, was typical. This virtue-versus-vice game had players race past spaces labeled "humility," "charity," and "generosity," hoping to avoid "cruelty," "whipping post," and "prison," to be the first to reach "heaven," in the center of the board.

By the late 1800s, changing definitions of personal success had begun to reflect the mores of the marketplace. Games were no longer won by the most pious players but by those who accumulated the most money or goods, as in The Game of Playing Department Store (1898).

In the summer of 1883, 16-year-old George S. Parker, the youngest of three brothers, modified an old card game to create Banking, a game in which players sought to amass the most wealth by winning "speculations." Encouraged by his friends' enthusiastic reaction to the game, George earned the money to print the game and published it himself.

This virtue-versus-vice game had players race past spaces labeled "humility," "charity," and "generosity," hoping to avoid "cruelty," "whipping post," and "prison," to be the first to reach "heaven," in the center of the board. 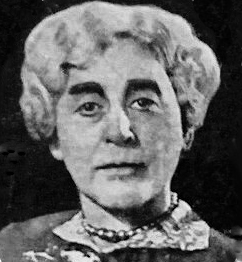 This first foray into the game business demonstrated several strengths that would ensure George's success as a game maker. He had a knack for writing clear, well-organized instructions. He boasted that his rules needed no editing 35 years after they were first written, and he was right. George Parker was also a natural salesman; as he traveled throughout eastern Massachusetts and Rhode Island, he quickly sold out his initial inventory of 500 games. Lastly, Parker had a knack for predicting trends and translating them into games.

In the spring of 1888, 21-year-old George Parker convinced his brother Charles to join him in a partnership. Charles added much-needed business sense to the company. The Parker brothers slowly expanded their offerings, publishing games presented to them by others. In 1890, Parker Brothers was the first game maker to advertise in newspapers, a practice that would make them a household name. Within three years, Parker Brothers reached two more milestones: they won a gold medal at the 1893 Chicago Columbian Exposition, and they established import-export agreements with several British game makers, becoming the the first American game company to enter the trans-Atlantic trade.

. . . they won a gold medal at the 1893 Chicago Columbian Exposition, and they established import-export agreements with several British game makers, becoming the the first American game company to enter the trans-Atlantic trade.

Within 15 years, George Parker's company had grown from $500 in annual sales to $110,000, with a three-story manufacturing and assembly building in Salem. When it was incorporated in 1901, Parker Brothers was the second biggest game company in the United States. Its first national hit came shortly thereafter with the British import, Ping-Pong. To play the indoor ball-bouncing game, players used small wooden paddles to hit hollow balls made out of the world's first plastic resin, a highly flammable substance, across a net stretched over a table. For "naughty fun," one could strike a match and hold it to the ball and watch the ball disappear in a flash. George Parker attempted to make Ping-Pong a legitimate sport, going so far as to organize the American Ping-Pong Association.

During the first three decades of the twentieth century, Parker Brothers produced war games (War in Cuba, Battle of Manila), travel games (Touring), and jigsaw puzzles (Pastime Puzzles). The company's success continued into the early 1930s. Ironically, the Depression provided the perfect conditions for the success of Monopoly. According to George Parker's son-in-law, Robert Barton, who became president of the company in 1933, it "was a god-send. It rescued the business, which had come within an inch of disaster. The Monopoly game . . . let people fantasize that they could win in the real estate market."

The idea for Monopoly did not originate at Parker Brothers. It began as a homemade board game created to teach students the principles of "single tax" economics. In 1904 Elizabeth Magie Phillips acquired a patent for the game but it only became a hot commercial property in the 1930s when Brace Darrow, an unemployed man from the Philadelphia suburbs, gave the game the graphic style it has to this day. George Parker played it, as he did every game submitted to him. He was intrigued but thought it was far too complicated, technical, and time-consuming to be a big seller. Darrow went ahead and self-published Monopoly in late 1934, and it was soon all the rage in Philadelphia. George Parker quickly recognized his error and bought the rights to the game.

[The Great Depression] "was a god-send. It rescued the business, which had come within an inch of disaster. The Monopoly game . . . let people fantasize that they could win in the real estate market."

Monopoly was the biggest thing that had ever hit Parker Brothers. Sales skyrocketed and by mid-February 1935, the plant was producing 20,000 sets a week. But the company viewed Monopoly as a fad that would probably sell well for about three years. Certainly it was too complicated for children to play. And indeed, just as expected, sales soon began to level off. On December 19, 1936, George Parker issued instructions to "cease absolutely to make any more boards or utensil boxes. . . We will stop making Monopoly against the possibility of a very early slump." Then, suddenly, sales went up again and this time they stayed strong. Today, Monopoly is the world's most popular proprietary board game.

Parker Brothers' success with Monopoly carried the company through the Depression. Although founder George Parker died in 1952, his company continued to expand, capitalizing on current events such as the Cold War, with the release of Risk, and popular trends, with video games in 1982, VCR games in 1985, and interactive CD-ROM games.

In 1991 Rhode Island-based toy maker Hasbro purchased Parker Brothers and combined it with its old rival Milton Bradley to form the Hasbro Games Group. Game production ended in Salem as Parker Brothers' manufacturing equipment was moved to Milton Bradley's newer factory in East Longmeadow, Massachusetts. Salem mourned the loss, especially when the plant was torn down in 1994. A subsidiary of Hasbro, the company continues to produce Monopoly, Clue, Sorry!, Trivial Pursuit, and Nerf products that have brought fun to generations.

This Mass Moment occurred in the Northeast and Western regions of Massachusetts.

"The Family That Plays Together Stays Together: Family Pastimes and Indoor Amusements, 1890-1930," by Donna R. Braden in American Home Life, 1880-1930: A Social History of Spaces and Services, ed. by Jessica H. Foy and Thomas J. Schlereth (University of Tennessee Press, 1994).

"Teaching Success Through Play: American Board And Table Games, 1840-1900," by Jennifer Jensen in Magazine Antiques, December 2001.