I have this Day rec'd your Favor of the 22nd in which you are so kind as to inform me of the general officers, that the Hon'[or]able continental congress have appointed.

I wish Sir, the appointment in the Colony may not have a Tendency to create uneasiness among us, which we ought at this critical Time, to be extremely careful to avoid.

I have Sir, to acknowledge the rec't [receipt] of the commission of a Major General & do heartily wish that the honor had been conferred upon a Person better qualified to execute a Trust so important. It would give me great satisfaction, if I thought myself capacitated to act with Dignity, & to do Honor to that Congress which has exalted me to be second in Command over the american Army. I hope they will accept my sincere Desire to serve them, & my most grateful acknowledgement for the Honor conferred upon me; & pray they may not be wholly disappointed in their expectations. I always have been , & am still ready to divote [sic] my Life, in attempting to deliver my native country from insupportable Slavery.

I am Sir, with great Respect,

Quoted in The Life of Artemas Ward, The First Commander-In-Chief of the American Revolution, by Charles Martyn, (New York, 1921).

On this day in 1800, the man who commanded the ragtag American force that chased the British Regulars back to Boston following the battles of Lexington and Concord died at home in Shrewsbury. Trusted and admired by the volunteer militiamen who made up the first American army, General Artemas Ward was severely criticized by George Washington, who assumed command of the Continental Army in July 1775. Accustomed to serving with professional officers, Washington and his fellow Virginians dismissed Ward as "a fat old church warden." Washington was also appalled by the lax discipline among Ward's New England soldiers. After two years, Artemas Ward resigned and returned home to Shrewsbury. The Massachusetts general faded from national memory and from the history books.

Washington arrived in Cambridge; he immediately began criticizing Ward publicly and in writing. Artemas Ward was deeply offended, and relations between the two men never improved. 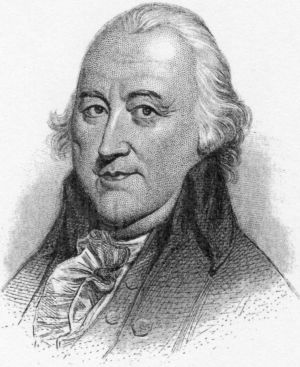 Artemas Ward at mid-life was not an impressive looking fellow; his biographer described him as "a man of medium height; . . . too stout for his forty-seven years, and . . . showing the effects of . . . illness." He had neither great wealth nor high social position. But in the spring of 1775, as crisis loomed in Massachusetts, the colony's Committee of Safety chose Ward to be the Commander-in-Chief of the "Grand American Army," as the newspapers referred to the collection of local militia units that were preparing for war.

The revolutionary leaders trusted Ward's judgment. He was a Puritan, a patriot, and a man "fully convinced that 'those of Massachusetts were the Chosen People.'" He had proved his mettle through 24 years of public and military service. More important, Ward had the trust, respect, and affection of the militiamen, and they were willing to follow him. In the spring and summer of 1775, Ward's ability to command their loyalty would prove critical.

Artemas Ward was born and grew up in the Worcester County town of Shrewsbury, which his parents, both of old Puritan stock, had helped found. In 1748, at the age of 20, he graduated from Harvard and took a position teaching school in Groton. There he met his future wife, Sarah Trowbridge. After their marriage in 1750, the couple settled in Shrewsbury. While his wife bore eight children, Ward kept a farm and a busy general store. He was elected to numerous offices, including representative to the General Court in Boston.

He was a Puritan, a patriot, and a man "fully convinced that 'those of Massachusetts were the Chosen People.'" 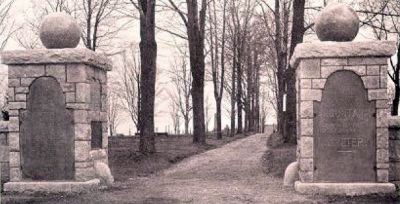 In 1758 Ward was commissioned as a major in a provincial regiment raised for the French and Indian War. Meritorious service earned him promotion to lieutenant-colonel, but the difficult campaign in the Adirondacks ruined his health. He never fully regained his strength.

His reputation, however, did not suffer. On his return to Shrewsbury, he was appointed colonel of his militia regiment, and in 1762, a judge of the Court of Common Pleas. For the next decade, he distinguished himself with his dogged opposition to royal authority, drawing the wrath of crown officials and the admiration of patriots.

In the fall of 1774, as British troops occupied Boston and the sense of impending hostilities grew, the Massachusetts Provincial Congress ordered each town to train a militia. By February of 1775, as tensions increased, it was clear that the local militia units could no longer report only to their own officers. They would need a general commander. Artemas Ward got the job.

. . . He distinguished himself with his dogged opposition to royal authority, drawing the wrath of crown officials and the admiration of patriots.

When fighting broke out on April 19th, Ward lay sick at home in Shrewsbury with a painful attack of "bladder stones." The next morning, despite his condition, he rode 35 miles to Cambridge to take command of the various militia that had chased the British Regulars back to Boston. Ward maintained the siege of Boston in its initial months and fortified the patriot position by taking the strategic high point of Bunker Hill.

Ward faced formidable challenges. Not only was he confronting the world's most powerful army, but he was doing so with a force of volunteers who had agreed only to turn out for a single battle. Once the British had been driven back to Boston, many militiamen wanted to return to their farms. They had not enlisted, and had little enthusiasm for camp life, especially given the rough and unhygienic conditions of their impromptu camp at Cambridge. Ward had the daunting task of creating an army.

He appealed for volunteers to become the first enlistees. Men from Massachusetts, New Hampshire, Connecticut, and Rhode Island began to fill the ranks. Critics complained that Ward was a lax disciplinarian and that his "Grand American Army" was anything but grand. But Artemas Ward understood his volunteer Yankee soldiers. He knew that they would not tolerate, and that he had no legal authority to impose, strict discipline. He had to lead by consensus and mutual respect, for, as one patriot wrote to Samuel Adams, "our soldiers will not be brought to obey any person of whom they do not themselves entertain a high opinion." Ward's deft management helped his raw recruits hold the siege.

He had to lead by consensus and mutual respect, for, as one patriot wrote to Samuel Adams, "our soldiers will not be brought to obey any person of whom they do not themselves entertain a high opinion."

On June 17th, the Continental Congress in Philadelphia debated who should be appointed supreme commander of the American forces. John Adams reported that "the greatest number" wanted the job to go to Ward. However, an overriding concern was to persuade delegates from the South that this was not just New England's war. The Congress chose George Washington of Virginia and made Ward his second in command.

Two weeks later, Washington arrived in Cambridge; he immediately began criticizing Ward publicly and in writing. Artemas Ward was deeply offended, and relations between the two men never improved. Two years later, suffering from ill health, Ward resigned his position and returned to Shrewsbury. He served for the next 20 years as representative to the Continental, First, and Second Congresses.

After his death in 1800, Ward faded into obscurity. Historians remembered him mostly as the inept commander portrayed by Washington or not at all. Even the central Massachusetts town named in his honor eventually changed its name to "Auburn." A great-grandson donated Ward's Shrewsbury home and $5,000,000 to Harvard University on the condition that the university work to restore the general's reputation. Recently, graduate students have begun to use the home and its collections as a scholarly resource to learn more about the life and times of the nation's first military commander-in-chief.

The Artemas Ward House is open to the public seasonally.

On this day in 1789, George Washington concluded a ten-day presidential visit to Massachusetts. Adoring crowds of grateful citizens greeted him everywhere. People preserved the dishes he used, the chairs he sat on, and the...