From Thomas Jefferson to James Madison

My last to you was of the 16th of December; since which, I have received yours of November 25 and December 4, which afforded me, as your letters always do, a treat on matters public, individual, and economical. I am impatient to learn your sentiments on the late troubles in the Eastern states. So far as I have yet seen, they do not appear to threaten serious consequences. Those states have suffered by the stoppage of the channels of their commerce, which have not yet found other issues. This must render money scarce and make the people uneasy. This uneasiness has produced acts absolutely unjustifiable; but I hope they will provoke no severities from their governments. A consciousness of those in power that their administration of the public affairs has been honest may, perhaps, produce too great a degree of indignation. . . They may conclude too hastily that nature has formed man insusceptible of any other government than that of force, a conclusion not founded in truth or experience. . .

I hold it that a little rebellion now and then is a good thing, and as necessary in the political world as storms in the physical. Unsuccessful rebellions, indeed, generally establish the encroachments on the rights of the people which have produced them. An observation of this truth should render honest republican governors so mild in their punishment of rebellions as not to discourage them too much. It is a medicine necessary for the sound health of government….

It was all there in the beginning wasn't it? The wealthy bailing out the wealthy while allowing the smaller folk to fail.
Shay's Rebellion Talk on January 26 at Armory

FYI, there will be a "discussion" about Shay's Rebellion on January 26 at 1:30 PM at the Springfield Armory. If you have not seen the Armory lately, you should. It is a wonderful historical site on the campus of Springfield Technical Community College.
Moses Sash

My ancestor, Moses Sash, fought along side Daniel Shays. He was my 6th great grandfather stepson.
Login

On this day in 1787, 2,000 farmers from western Massachusetts attacked the new federal arsenal at Springfield. The government soldiers returned fire, killing three of the farmers. This was the beginning of the end of the uprising known as Shays' Rebellion, named for Daniel Shays, the man who led the insurgents. Western farmers had made economic sacrifices during the Revolution, and they were outraged when creditors demanded that they pay their debts immediately. They blamed the eastern merchants who controlled the legislature and the courts, and sought to assert their independence. The effort ended in defeat. 200 rebels were captured and tried for treason. Five were sentenced to death. John Hancock pardoned them all, within weeks of being elected governor.

Most farmers in colonial Massachusetts were accustomed to long-term credit; a farmer borrowed money when he needed it and repaid it when he could.

In the summer of 1786, farmers in central and western Massachusetts were frustrated and angry. They considered themselves patriotic and loyal citizens of the new United States. Most had fought in the Revolution. Like the merchants in the eastern part of the state, they had pledged "their lives, their fortunes, and their sacred honor."

But now they felt betrayed by the new government that was centered in Boston and dominated by businessmen. The western farmers feared that the policies of this distant government would cause them to lose their land and their independence. The Revolution, some began to think, was not yet over. In the summer of 1786, more than 2,000 desperate farmers began to prepare for one last fight.

The farmers' difficulties in 1786 and 1787 were mostly the result of the hard economic times that followed the end of the Revolutionary War. But the actions of creditors, lawmakers, and judges aggravated the farmers' plight.

At the end of the Revolution, most Continental soldiers were paid with paper certificates issued by the new government. Since these men needed money now, rather than a promise of future funds or lands, most sold the certificates to speculators at greatly discounted prices. The returning farmers had little to show for their military service.

At the same time, both the individual states and the federal government were confronting enormous war debts. To pay off the state's debt, the Massachusetts legislature, led by men from the coastal towns, raised taxes and required that they be paid in hard money. Many farmers had mortgaged their land during the war years; they had no money to pay the new taxes.

Many farmers had mortgaged their land during the war years; they had no money to pay the new taxes. 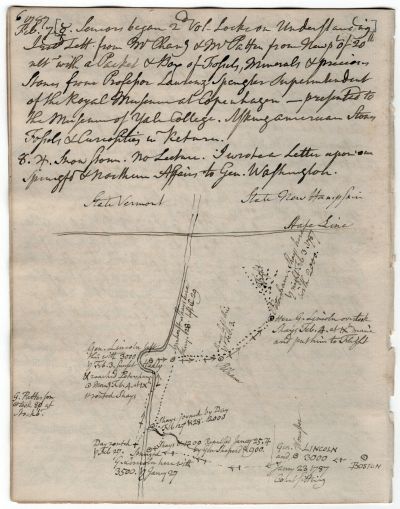 The western farmers got little sympathy in Boston. An economic depression had followed the war, and the eastern merchants and businessmen were struggling with financial burdens of their own. The break with England had ended the lucrative trade with the West Indies, throwing many eastern merchants into a financial crisis. To raise money, they began to call in their debts. As merchants pressed their debtors for payment, the debtors turned to those who owed them money. A chain of lawsuits and foreclosures inflicted pain all across the state.

Eventually, the demand for immediate payment of debts reached western Massachusetts, and the already hard-pressed farmers began to receive summonses to face their creditors in the local courts. Most farmers in colonial Massachusetts were accustomed to long-term credit; a farmer borrowed money when he needed it and repaid it when he could. The farmers were unprepared to have their mortgages called in, and they were shocked when creditors foreclosed on them and repossessed their farms. The farmers appealed to their creditors but had little success; the creditors were under pressure to pay their own debts. The farmers sought relief from the courts but found them determined to enforce the law.

The leading citizens of the western towns faced the same pressures as the less well off members of the community. As resentment turned to rage, men of all ranks began to talk of resistance. They discussed ways to counter the coercive measures of the government far away in Boston. At first, they petitioned the legislature for lower taxes, judicial reform, and paper currency to ease the tight money situation. When their petitions were ignored, the farmers tried more direct ways to fight foreclosure.

"The rebellion in Massachusetts is a warning, gentlemen," he cautioned.

On August 29th, an armed group of farmers closed the Hampshire County Court of Common Pleas in Northampton, bringing all foreclosures to a halt. In the weeks that followed, other farmers shut down courts in other towns. This was not a new tactic. On the eve of the Revolution, these same farmers had closed the courts in Springfield and Concord to protest judges appointed by the Crown.

The man who emerged as leader of the insurgents was Daniel Shays, a respected farmer from Pelham. He had achieved the rank of captain during the Revolution. Now his fellow farmers turned to this seasoned soldier to lead them. During the autumn, Shays organized groups of farmers to march upon the hated courts. From September 25th to 28th, Shays' own band of 600 farmers, most wearing their Continental Army uniforms, occupied the Springfield courthouse and prevented the Supreme Judicial Court from sitting there.

Government leaders — not just in Massachusetts but throughout the new republic —were shocked. Men who had questioned whether democracy could succeed felt they were watching their worst fears being realized — a democratic "mob" would destroy orderly government. In Boston, the governor ordered General Benjamin Lincoln to muster 4,400 troops to protect the courts.

Shays and his army faded away into the countryside before Lincoln's forces arrived. Once they realized that they were facing an organized militia, Shays and his men settled on a new plan: they would mount a surprise attack and overrun the new federal arsenal at Springfield. There they would find all the weapons they needed. They expected that the men guarding the arsenal — fellow veterans who they assumed would be sympathetic to their cause —would put up little resistance.

Daniel Shays fled to Vermont, but 200 rebels were captured and tried for treason.

On January 25, 1787, 2,000 farmers led by Daniel Shays assaulted the arsenal. Much to the farmers' surprise, the defenders did not yield but fired directly into their ranks, killing four men and wounding 20. Crying "murder," the farmers retreated in disarray. Soon General Lincoln and his soldiers arrived. On February 3rd, government troops marched through a snowstorm to surprise and surround the insurgents who were camped at Petersham. The farmers scattered into the woods; the rebellion was over. Daniel Shays fled to Vermont, but 200 rebels were captured and tried for treason. In April, five of the men were sentenced to hang.

In June, the popular John Hancock was elected governor. He was willing to consider clemency for the convicted men. The execution was scheduled for June 21, 1787. The men were taken from jail that morning and marched to the gallows before a large crowd. At the last moment, a rider arrived with news that Hancock had granted a reprieve; the rebels would be pardoned.

Even as tensions eased with an improved economy, debate continued about the meaning of the rebellion. Its supporters saw themselves as loyal citizens who had acted to protect the republic from domination by an oppressive economic elite. One of Shays' men wrote to a local paper, "I earnestly stepped forth in defense of this county [in 1776], and liberty is still the object I have in view." But others believed the insurrection was proof that the new nation needed a strong central government to hold the factions together.

At the Constitutional Convention in Philadelphia, George Washington declared that "there could be no stronger evidence of the want of energy in our governments than these disorders." James Madison urged the delegates to support the strong central government proposed in his Virginia Plan. "The rebellion in Massachusetts is a warning, gentlemen," he cautioned.

Daniel Shays died a pauper in upstate New York in 1825, as the nation neared its 50th anniversary. The Constitution, which he unwittingly helped bring into being, had become the law of the land. It is deeply ironic that a rebellion against the power of distant government would result in a stronger federal union. Soon after the Constitution was ratified, the editor of the Massachusetts Centinel observed that the "late insurrections in the Commonwealth . . . must be considered as the cause of bringing [the federal] government] into existence, at a much earlier period than would otherwise have been."

In Debt to Shays: The Bicentennial of an Agrarian Rebellion, ed. by Robert A. Gross (University of Virginia, 1996).