In May 1920, Ponzi's salesmen circulated the following flyer, which was printed in English, Italian, and Portuguese:

Do you want to get rich quick? See our agent, Charles Ritucci, Upstairs in Plymouth Theater Building, who will explain how you can get fifty percent profit on your investment, payable forty-five days from date of investment. Our bank office in Plymouth opens every night from 6 to 8.

One interesting aspect the author did not mention -- on the day the Boston police were on their way to Ponzi's State Street office, to close him down, many people tried to force their way into his office, trying to make one more 'investment' before he was shut down. ------------------------- Eli Bortman Babson College
Numbers made the name.

The so-called Ponzi scheme, which is also known as the "Rob Peter to pay Paul" scam, pre-dated Ponzi's application of same. Per Wikipedia "William '520%' Miller" ran a similar scam in 1899 New York. He defrauded his investors out of a million dollars before the law caught up with him and sent him to jail for ten years. Upon his release he opened a grocery store on Long Island. While Ponzi was being investigated the Boston Post interviewed him to compare schemes. They were both found to be similar; however, Ponzi took in about 7 times more money than Miller's. As a result Ponzi's scheme became more famous; hence, his name would go on to define such future activities.
Login

On this day in 1920, the Boston Post ran a story that ultimately exposed one of the biggest financial swindles in history. In a series of articles that won the paper its first Pulitzer Prize, the Post questioned the financial practices of Charles Ponzi. An Italian immigrant with dreams of greatness, Ponzi created a near frenzy in Boston by promising a 50 percent return within 45 days. In seven months, 30,000 people invested more than $10,000,000 in Ponzi's scheme. His plan to pay off early investors with funds raised from later ones inevitably collapsed. He was convicted of fraud and sent to prison. On his release, he was deported to Italy. He left behind his name as the definition of a certain kind of scam.

He once allowed doctors to take 50 inches of skin from his back so they could perform a skin graft on a nurse who had been badly burned in an accident. 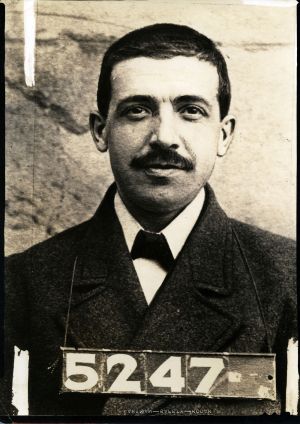 Charles Ponzi was born March 3, 1882, not far from Bologna, in northern Italy. The only child of a well-respected couple of modest means, Charles was pampered. His mother often spoke of her dreams that he would grow up to achieve the wealth and status that her own family had once enjoyed.

As a boy, Ponzi seemed well on his way to realizing his mother's ambitions. He did well in school and earned a place at the University of Rome. It was not long, however, before late nights and lavish parties with rich and carefree friends caught up with him. He left the university after only a year.

Like so many Europeans at the turn of the century, Charles Ponzi was captivated by the image of America as a place where the streets were "paved with gold." With his mother's blessing and $200, Ponzi booked passage for New York in 1903. After his arrival, he supported himself doing odd jobs while living in crowded rooming houses. After four years in one east coast city after another, Ponzi headed to Montreal. He got a job at an Italian bank and settled down.

Like so many Europeans at the turn of the century, Charles Ponzi was captivated by the image of America as a place where the streets were "paved with gold." 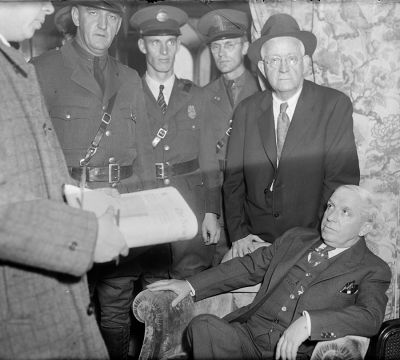 Within a year, Ponzi was unemployed. Convicted of forging a check, he served a year's time in a Canadian jail. Less than three weeks after his release, he was arrested again. This time Ponzi was sentenced to two years in the federal penitentiary for smuggling illegal immigrants into the United States. In prison he mingled with white-collar criminals and came to admire their cunning and sophistication. Even the superintendent recognized the young man's penchant for concocting complicated money-making schemes.

In the years following his time in prison, Ponzi floated from job to job, and town to town, mostly in the South. Although he never had much money, he had a reputation for generosity. He once allowed doctors to take 50 inches of skin from his back so they could perform a skin graft on a nurse who had been badly burned in an accident. He spent more than three months in the hospital recovering.

In 1917 Ponzi took a job as a clerk and stenographer in a Boston office. He fell in love and married Rose Maria Gnecco. Rose wanted to live quietly and frugally and despaired that her husband's tastes were "those of a millionaire." Ponzi was not content with the small apartment and modest lifestyle he could afford on his $25 a week salary.

"We all crave easy money. And plenty of it. If we didn't, no get-rich-quick scheme could be successful."

His dissatisfaction rekindled his interest in money-making schemes. Ponzi fixed his attention on International Reply Coupons that could be used to buy postage stamps in foreign currencies. Exchange rates had not kept pace with global currency changes after World War I. Ponzi concluded that he could buy the coupons in bulk from countries with depressed currencies, like Italy and Romania, use them to purchase U.S. stamps at a discount, and redeem the stamps for American dollars. It was simple, and it appeared to be legal. Ponzi was not sure just how redeeming stamps for cash would work, but in December 1919, he opened for business anyway.

He had customers almost immediately. "We are all gamblers," he once said. "We all crave easy money. And plenty of it. If we didn't, no get-rich-quick scheme could be successful." While some of his customers were wealthy investors, many were people like him — struggling immigrants with dreams of becoming rich. Fruit sellers and newsboys, factory workers and cops on the beat all invested money with Ponzi. Some entrusted their life savings to the charismatic immigrant.

What began as a small stream of money invested in Ponzi's company soon became a flood. Each new dollar put him ever deeper in the hole.

When the first notes came due, Ponzi paid them at the promised 50% rate of return. What began as a small stream of money invested in Ponzi's company soon became a flood. Each new dollar put him ever deeper in the hole. He began trying to find ways to increase his funds. Realizing that there were not enough reply coupons on earth to meet the demand, he invested in a variety of high-risk ventures. Charles Ponzi remained confident that, given enough time, he could pay back his investors. He never intended to swindle them, but he was not sure how to make good on his promises.

In the meantime, the press and banking and regulatory agencies were paying closer attention to Ponzi. Beginning in July of 1920, the Boston Post ran a series of articles exposing the facts and pointing out the simple impossibility of Ponzi's enterprise. State banking officials audited Ponzi. By August it was clear that he was insolvent. His company owed about $3,000,000 more than it had in assets.

Ponzi was arrested and indicted on two counts of using the postal service to defraud the public. He pleaded guilty and spent two years in federal prison. When he was released, he faced state charges. Convicted of larceny, he spent the next seven years in a Charlestown jail. A few months after his release in 1934, he was deported to Italy. In 1939 he moved to Brazil and a decade later died in a charity ward there.

"A Scam Artist Whose Name Defined A Crime," by Tom Ehrenfeld, The Boston Globe, April 6, 2005.

On this day in 1876, a ransom note was sent to the Northampton National Bank. Just a month earlier, a notorious gang of New York thieves had managed to break through the bank's new security...