. . . There are youth hostels in every New England state, 40 in all, adding up to the greatest regional concentration in the country. Massachusetts has 15 hostels while in all of Texas there are only two; and in Mississippi, Alabama, Georgia, Kansas and South Dakota and a number of other states none at all. "The AYH started in a small Massachusetts town and spread to other small towns nearby," said Robert Johnson, AYH executive director, "there is a nice network of hostels in New England, almost ideal for the touring cyclist." . . .

In 1932 the first international hostel conference was held in Holland. At the conference, . . . the delegates adopted the basic operating rules that still govern hostels around the world: alcoholic beverages are forbidden, smoking is restricted to a common room, and hostelers must share cleaning chores and provide their own sleeping sacks in lieu of sheets.

The conference took place on the eve of the Nazi take over of Germany, a time when fear of another world war was already widespread in Europe. Like Schirrmann, most of the delegates were peace-loving idealists who agreed hostels must be open to everyone, regardless of race or religion (a concept anathema to the Nazis) and that national hostel associations should honor each other's membership cards, allowing hostelers to move freely between countries — and in the process promote international friendship. These seemingly moderate guidelines have slowed the growth of the movement in countries such as South Africa (and also in parts of the American South) but remain basic hosteling principles. Despite opposition in some places, there are now more than 5000 hostels on every continent and in 62 countries, including several eastern European nations.

The AYH was founded by Monroe and Isabel Smith, Northfield school teachers and scout leaders, who had been greatly impressed by the European hostel system while on a continental bike tour. Like Schirrmann's original facility, many European hostels occupied castles, a type of building in short supply most places in the US, but as the Smiths knew, not in Northfield. One of the town landmarks was The Chateau, . . . in December 1934 the Smiths leased it and opened a hostel on the Schirrmann model. (The first guests were skiers.) The Chateau, which has since been torn down, was impressive but singularly uncomfortable: cold, damp, drafty and decrepit. . . .

Within a few months, the Smiths moved to snugger quarters, two adjoining buildings on Main Street that served both as hostel and AYH national office until 1947, when the headquarters was moved to Washington where it remains. However, there is still a youth hostel in Northfield: The Monroe and Isabel Smith Seasonal Hostel on the campus of Northfield-Mount Hermon School, where the AYH founders taught. . . .

While New England is well supplied with hostels, many parts of the country are not. "There are 15 states where our presence is either nonexistent or so limited that there is no public perception of us," Johnson admitted. It is theoretically possible to drive across the country staying in hostels each night, he said, "but you would have to take a pretty funny route." The AYH is trying systematically to fill in the gaps in its network, and to adapt the hostel concept to the changing needs and nature of its membership. . . .

The new style planned hostel is likely to be in a major city, where there is the greatest great demand for such accommodation. Hostels were long open only to those who arrived "under their own steam" that is on foot or by bike, skiis or in a canoe, but the requirement was quitely dropped a few years ago.. . . .The change was made largely to make hostels more accessible to the increasing numbers of older people interested in using them. Despite the organization's name, there is no age limit for hostelers.

American Youth Hostels, Inc. (AYH), founded in Massachusetts and 50 years old this year, maintains a network of 300 hostels across the United States. Also, through the International Hostel Federation, AYH provides access to some 6000 hostels in more than 60 countries around the world.

On this day in 1934, Isabel and Monroe Smith opened the first U.S. youth hostel in Northfield. The young couple had discovered hosteling during a trip to Europe and had become devoted disciples of the German founder of the movement, Richard Schirrmann. Hoping to spread the popular European practice of providing inexpensive lodgings to young folk as they explored the world, the Smiths quickly built a New England network of hostels. They traveled the U.S., introducing the principles of youth hosteling. Although they believed they would foster intercultural understanding and community, the Smiths encountered stiff resistance from those who feared that they were secretly associated with the Nazis. Public officials and corporations withdrew their support, but the Smiths persisted and the hostel movement in the U.S. took root. 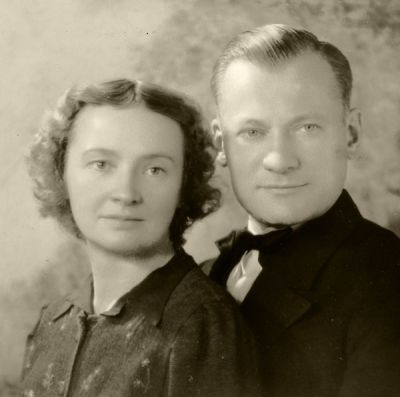 In the summer of 1909, a German teacher took his students on an overnight hike. They were caught in a violent thunderstorm and forced to seek shelter in a barn for the night. While the children slept, their teacher, Richard Schirrmann, imagined a network of inexpensive lodgings that would allow young people to hike around the countryside in safety. He thought of using school buildings, which after all were empty on weekends and vacations, as simple dormitories, adding washrooms and kitchens. The next year, Schirrmann published his idea, and the youth hostel movement was born. The first youth hostel opened in Germany in 1912; within a year, over 300 hostels were operating in German cities and villages.

Schirrmann led a campaign to establish a hostel network, and by 1913 there was a national organization to promote and oversee hosteling in Germany. Although World War I slowed the spread of hosteling, by the 1920s there were active youth hostels throughout western and eastern Europe. Hosteling advocates attending an international conference in 1932 established the Youth Hostel Federation.

The first youth hostel opened in Germany in 1912; within a year, over 300 hostels were operating in German cities and villages.

The next summer, Isabel and Monroe Smith, teachers from the small western Massachusetts town of Northfield, discovered hostels while leading a Boy Scout trip through Europe. The young couple immediately embraced the communal spirit and cultural openness of European hostels; they dreamed of importing the movement to the U.S. They visited Richard Schirrmann, and he invited them to attend the next international hosteling conference. It was there that they learned the nuts and bolts of hostel operation.

Filled with enthusiasm, the couple returned to Northfield and set about establishing a hostel. They began by leasing the town's "white elephant," an unoccupied 100-room castle-like mansion built by a wealthy New Yorker in 1909. When this oversize building proved unsuitable, they purchased an old white clapboard house with a barn located on the wide, tree-lined main street. They converted part of the house and the barn into a hostel. They fitted out two large lofts, one for boys and one for girls, with double- and triple-decker bunk beds. The Northfield hostel opened in December of 1934. The Smiths immediately began setting up other hostels around New England. Within a year, the fledgling American Youth Hostels, Inc. (AYH) — another Smith undertaking — had chartered over 30 privately-owned hostels.

Isabel and Monroe Smith, teachers from the small western Massachusetts town of Northfield, discovered hostels while leading a Boy Scout trip through Europe. . . . they dreamed of importing the movement to the U.S.

Monroe Smith traveled the nation preaching the benefits of hosteling. During the Depression, he emphasized that hostels offered young Americans an affordable way to see their country and meet their countrymen. He publicized the national organization and the growing network of hostels, cultivated donors to provide needed financial support, and sought high-profile spokesmen to raise public awareness. Boston philanthropist Mrs. Helen Storrow gave a building in Meredith, N.H., the Carnegie Corporation provided grants, and after meeting with the Smiths, both Franklin and Eleanor Roosevelt became honorary presidents of AYH.

Not everyone, however, approved of the new movement. Some thought that allowing boys and girls to sleep under the same roof, wear shorts, and miss Sunday church services posed a moral threat. Others suspected the Smiths of having unpatriotic motives. The spread of hosteling in the U.S. coincided with the rise of Nazism in Germany, where Hitler had co-opted the state-run hostels and turned them into a branch of the Hitler Youth. It was suggested that the AYH might be a cover organization for American Nazi sympathizers.

Some thought that allowing boys and girls to sleep under the same roof, wear shorts, and miss Sunday church services posed a moral threat.

Monroe Smith's request to President Roosevelt that AYH members receive free passports aroused suspicion among officials in Washington. In 1939 the Roosevelts officially withdrew their support, and the Carnegie Corporation refused to renew its funding. Even the international hosteling community was not supportive. Many Europeans felt that Americans did not share the true sense of hostelling; they dismissed American youth hostels as "glorified summer camp."

But the Smiths persevered. While going through many organizational changes, the AYH has continued, as its first motto stated, to "help all, especially the young people, to a greater knowledge, understanding and love of the world by providing for them Youth Hostels, bicycle trails, and foot paths in America, and by assisting them in their travels here and abroad." Six youth hostels are open seasonally in eastern Massachusetts and on the Cape and Islands. American Youth Hostels operates 150 hostels nationwide; the movement is more popular abroad: there are nearly 5,000 hostels in 70 different countries.

The University Archives and Special Collections in the Healey Library at UMass Boston holds the American Youth Hostel records, 1874-2012, bulk 1936-2007

"The History of the Hostelling Movement"

"The Truth about Youth Hostels," by Marcus Hockstadt.