The question in [Sojourner Truth's] mind, and one not easily solved, now was, "How can I get away?" So, as was her usual custom, she "told God she was afraid to go in the night, and in the day every body would see her." At length, the thought came to her that she could leave just before the day dawned, and get out of the neighborhood where she was known before the people were much astir. "Yes,' said she, fervently, "that's a good thought! Thank you, God, for that thought!'" So, receiving it as coming direct from God, she acted upon it, and one fine morning, a little before day-break, she might have been seen stepping stealthily away from the rear of Master Dumont's house, her infant on one arm and her wardrobe on the other; the bulk and weight of which, probably, she never found so convenient as on the present occasion, a cotton handkerchief containing both her clothes and her provisions.

As she gained the summit of a high hill, a considerable distance from her master's, the sun offended her by coming forth in all his pristine splendor. She thought it never was so light before; indeed, she thought it much too light. She stopped to look about her, and ascertain if her pursuers were yet in sight. No one appeared, and, for the first time, the question came up for settlement, 'Where, and to whom, shall I go?' In all her thoughts of getting away, she had not once asked herself whither she should direct her steps. She sat down, fed her infant, and again turning her thoughts to God, her only help, she prayed him to direct her to some safe asylum. And soon it occurred to her, that there was a man living somewhere in the direction she had been pursuing, by the name of Levi Rowe, whom she had known, and who, she thought, would be likely to befriend her. . . .

On this day in 2002, a statue was installed in Florence, a village of Northampton, to honor Sojourner Truth, the former enslaved woman best known for the "Ain't I a Woman" speech she delivered in 1851. Arriving in Northampton in the winter of 1843, she joined the Association of Education and Industry, a communally-run farm and silk factory. It was here she encountered the anti-slavery movement for the first time and began her career as an eloquent spokesperson for abolitionism, woman's rights, and temperance. It was here, too, that her autobiography, Narrative of Sojourner Truth, was written. When the Association dissolved in 1846, she used the proceeds from her book to buy a house in Northampton. She lived there for the next ten years.

She met with President Lincoln in the White House, where he told her that he had heard her speeches long before. 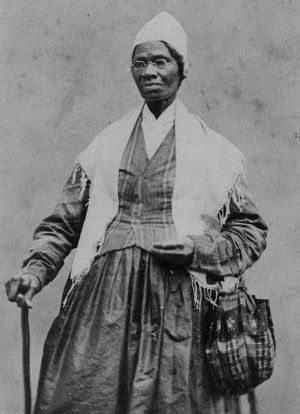 Sojourner Truth came to Northampton in 1843 to live at the Northampton Association of Education and Industry, a utopian community in Florence. Born into slavery in upstate New York in approximately 1797, she labored for a succession of five families until the Fourth of July, 1827, when slavery was finally abolished in New York State. Then Isabella — as she had been named at birth — became legally free.

After prevailing in a courageous court action demanding the return of her youngest son Peter, who had been illegally sold away from her to a slave owner in Alabama, Isabella moved to New York City. There she worked as a housekeeper and became deeply involved in religion. Isabella had always been very spiritual, and soon after being emancipated, had a vision which affected her profoundly, leading her — as she later described it — to develop a "perfect trust in God and prayer."

After 15 years in New York, Isabella felt a call to become a traveling preacher. She took her new name — Sojourner Truth — and with little more than the clothes on her back, began walking through Long Island and Connecticut, speaking to people in the countryside about her life and her relationship with God. She was a powerful speaker and singer. When she rose to speak, wrote one observer, her commanding figure and dignified manner hushed every trifler to silence. Audiences were melted into tears by her touching stories.

Isabella had always been very spiritual, and soon after being emancipated, had a vision which affected her profoundly, leading her — as she later described it — to develop a "perfect trust in God and prayer." 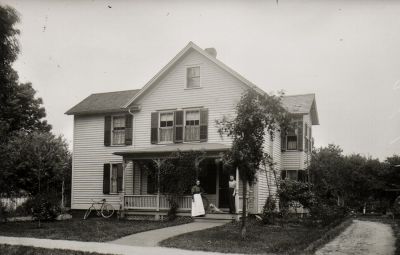 After several months of traveling, Truth was encouraged by friends to go to the Northampton Association, which had been founded in 1841 as a cooperative community dedicated to abolitionism, pacifism, equality, and the betterment of human life. There, she met progressive thinkers like William Lloyd Garrison, Frederick Douglass, and David Ruggles, and the local abolitionists Samuel Hill, George Benson, and Olive Gilbert. Douglass described her at the time as "a strange compound of wit and wisdom, of wild enthusiasm and flintlike common sense."

When the association disbanded in 1846, Truth remained in Northampton, moving for the first time into her own home, on Park Street in Florence, with a loan from Samuel Hill. Although Truth never learned to read or write, she dictated her memoirs to Olive Gilbert and they were published in 1850 as The Narrative of Sojourner Truth: A Northern Slave. This book, and her presence as a speaker, made her a sought-after figure on the anti-slavery woman's rights lecture circuit.

Douglass described her at the time as "a strange compound of wit and wisdom, of wild enthusiasm and flintlike common sense."

Over the next decade she traveled and spoke widely. She is particularly remembered for the famous "Ain't I A Woman?" speech she gave at the woman's rights convention in Akron, Ohio, in 1851.

Truth moved to Michigan in 1857 and continued her advocacy. After the Emancipation Proclamation was issued, she moved to Washington, D.C., where, in her late 60s, she began working with formerly enslaved people in the newly created Freedman's Village. She met with President Lincoln in the White House, where he told her that he had heard her speeches long before their meeting.

After the Civil War, she set out on a final crusade to gain support for her dream of a land distribution program for former slaves — an idea which, despite her lobbying, Congress refused to enact. Finally she returned to her home in Battle Creek, Michigan, where, surrounded by her family and friends, she died in 1883.

She is particularly remembered for the famous "Ain't I A Woman?" speech she gave at the woman's rights convention in Akron, Ohio, in 1851.

In 1993, a group of Northampton citizens came together in the wake of the police beating of Rodney King in Los Angeles to discuss ways to promote racial equality and justice in their community. The group decided to honor former Florence resident Sojourner Truth as part of this effort, and became the Sojourner Truth Memorial Statue Committee. For the next nine years, the committee worked toward this goal. They secured funding from the state, Smith College, and local businesses, and through grassroots fundraising in the community. The city donated the site in a small former city park on the corner of Pine and Park Streets in Florence and the committee selected sculptor Thomas Jay Warren to create the statue. Following the dedication of the memorial, students from Smith Vocational and Agricultural High School and other volunteers did the landscaping with donated plants and flowers.

The Sojourner Truth Memorial Statue Committee continues to operate with a mission to honor the words and life of Sojourner Truth. They created a local African American Heritage Trail, sponsor a scholarship focused on social justice and equality, and hold an annual memorial celebration.

Portions of this essay were reprinted from the original Sojourner Truth Memorial Statue Committee website. Used by permission.

The Sojourner Truth Memorial Statue is at the corner of Pine and Park Streets in Florence, MA. Walking tours of the Florence African American Heritage Trail are available, both guided and self-guided.

On this day in 1761, John Wheatley, a successful merchant, purchased a frail African girl off a slave ship in Boston. The Wheatleys named her Phillis, after the vessel that had brought her across the Atlantic...