< Previous Moment
Next Moment >
PRIMARY SOURCE: President Ford's speech at the presentation of the 1977 Medals of Freedom
Share this story
Comments (1)
Audio
Bookmark
×

…. As we move from the Bicentennial Year into our third century, America must remain a place where men and women are encouraged to create, to innovate, to explore, and to set the very highest standards, whatever their vocation….

Artist, illustrator and author, Norman Rockwell has portrayed the American scene with unrivaled freshness and clarity. Insight, optimism and good humor are the hallmarks of his artistic style. His vivid and affectionate portraits of our country and ourselves have become a beloved part of the American tradition….

In closing, let me voice our country's deep gratitude and great appreciation, not only to you but to all those who helped you achieve what you accomplished. Each of you has friends, coworkers, teammates, families who share in your achievements and in our pride today….

President Gerald Ford at the presentation of the 1977 Presidential Medals of Freedom, January 10, 1977 www.medaloffreedom.com/1977Recipients.htm

You mentioned that Rockwell worked for Boy's Life. He also did the illustrations for the official Boy Scout calendar

On this day in 1977, the Presidential Medal of Freedom, the nation's highest civilian honor, was bestowed on 83-year-old Norman Rockwell. The country's best-known illustrator had lived in the western Massachusetts town of Stockbridge since 1953. He produced some of his most enduring — and most controversial—work there in a small studio next to his house. Beginning in 1916, with the first of hundreds of covers for the Saturday Evening Post, Norman Rockwell's career spanned nearly 60 years. He used realism and imagination to portray both the heartwarming and the heart-wrenching sides of American life in the twentieth century. The Norman Rockwell Museum in Stockbridge is dedicated to his art. 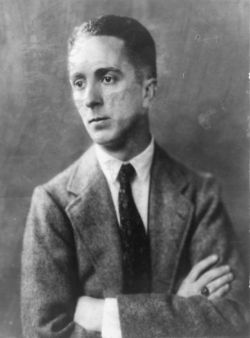 When Gerald Ford bestowed the Presidential Medal of Freedom on Norman Rockwell in 1977, he was honoring an "artist, illustrator, and author [whose] vivid and affectionate portraits of our country and ourselves have become a beloved part of the American tradition."

Many of those portraits were painted in the western Massachusetts town of Stockbridge, where Rockwell lived for the last 25 years of his life and where the Norman Rockwell Museum was founded in 1969. By the time Rockwell and his family moved to Stockbridge in 1953, he was already well-established as the nation's most popular illustrator.

Norman Rockwell was a native New Yorker. He left high school after his sophomore year to attend art school. At the age of 18, he landed his first professional assignment illustrating a children's book. He worked for a few years at Boys' Life magazine before selling a cover illustration to the Saturday Evening Post. 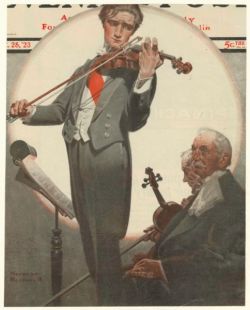 The May 20, 1916,  cover of the Saturday Evening Post was the first of 323 Post covers that Rockwell would create over the next 47 years. Because the weekly had such a large circulation, Rockwell's covers made him the best-known illustrator of the century. Especially in the years before photography became commonplace in the magazine world, his carefully researched and meticulously drawn illustrations provided a visual record of American life.

Given that photographs would eventually replace illustrations in popular magazines, it is ironic that Rockwell painted from photographs. His method was to costume and pose models in his studio, instruct them as to the facial expression and posture he wanted, and then photograph the scene he had created. While many art critics disparaged the realism of Rockwell's work, the general public loved it (and more recent critics have recognized its many strengths). He became a master at capturing common yet emotionally complex experiences—such as a soldier's returning home from war, or a woman and child saying grace in a bustling city restaurant.

He became a master at capturing common yet emotionally complex experiences.

Rockwell's gift for using realism to convey abstract concepts can be seen in what is perhaps his most famous series, The Four Freedoms, completed in 1942. Inspired by President Franklin D. Roosevelt’s 1941 State of the Union Address, known as the “Four Freedoms Speech,” Rockwell painted four everyday scenes to represent "Freedom of Speech," "Freedom of Worship," "Freedom from Want," and "Freedom from Fear." Considered Rockwell's masterpieces, the paintings were used with great success to promote the sale of war bonds.

After Rockwell settled in Stockbridge, he began portraying another, darker side of American life. In illustrations he did for Look magazine, he took on the highly charged subject of racism. The most well-known of his civil rights paintings showed a small black girl being escorted to school by U.S. marshals, as six-year-old Ruby Bridges had been in New Orleans in 1960. Entitled The Problem We All Live With, the illustration was published in the January 14, 1964 issue of Look. Readers sent the artist both hateful and admiring responses.

In 1969, the Norman Rockwell Museum opened in Stockbridge, dedicated to the life and work of the popular and beloved illustrator.

Despite this turn to politics, Rockwell had not entirely given up depicting more nostalgic scenes. In an illustration for the December 1967 issue of McCall's, he used Main Street in Stockbridge at Christmastime to create an image of changelessness, tranquility, and safety. This famous painting portrayed Stockbridge as a place where one could escape, at least for the holidays, the conflicts roiling the nation. The town and the artist have been linked in the public's mind ever since.

In 1969, the Norman Rockwell Museum opened in Stockbridge, dedicated to the life and work of the popular and beloved illustrator. His studio, which was moved to the museum, is open from May to October, drawing many visitors. The Museum houses the largest collection of Rockwell art in the world, including the “four freedoms” paintings.

The Norman Rockwell Museum in Stockbridge houses the world's largest and most significant collection of original Rockwell art.

On this day in 1738, John Singleton Copley was born in Boston to recent Irish immigrants. From these humble beginnings, he became the foremost artist in colonial America. His natural talent, attention to detail, and...