Yesterday, May 10, the sentence of death was executed upon Stephen Merrill Clark, in Salem, for the crime of arson committed in Newburyport the 17th of August last, by setting fire in the nighttime to a stable of Mrs. Phoebe Cross, from which the fire was communicated to and consumed the dwelling house of Andrew Frothingham, Esq…

…Arrived at the gallows he ascended the scaffold between the two Reverend gentlemen, when an address to the assembled spectators, written in his own hand, was read….

May the youth who are present take warning by my sad fate, not to forsake the wholesome discipline of a Parent's house. Had I took the advice of my parents, I never should have come to this untimely end; and I hope that my end will be a warning to you that are now present. May you all pray to God to give you timely repentance, open your eyes, enlighten your understandings, that you may shun the paths of vice, and follow God's commandments all the rest of your days: And may God have mercy on you all. To the world at large, I bid FAREWELL!

Interesting that the original definition of arson specified that it only included crimes commited during the nighttime.
Login

On this day in 1820, a barn filled with hay burned to the ground in Newburyport. Just three days later, cries of "fire" alarmed the town again. Terrified residents were convinced they had an arsonist in their midst. Sixteen-year-old Stephen Clark was arrested and charged with arson — a capital offense even when there was no personal injury or loss of life. The jury found him guilty but recommended commutation of the sentence. Nevertheless, the state hanged him on May 10, 1821. Clark's case fueled the movement in Massachusetts to reduce the number of capital crimes, if not abolish the death penalty altogether. By 1852 only murder remained on the books as a capital offense. The Supreme Judicial Court ruled the death penalty unconstitutional in 1984.

In 1852, arson, along with rape and treason, ceased to be punishable by death. 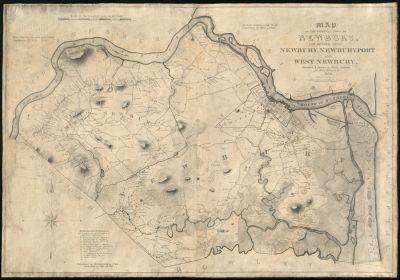 Between 1800 and 1860, Massachusetts was on the leading edge of reform movements of all kinds. Men and women were working to improve prison conditions, treatment of the mentally ill, public health, women's legal standing, and civil rights for African Americans, among other causes. Yet the Commonwealth lagged far behind most other states in its approach to capital punishment.

In Pennsylvania, for example, Dr. Benjamin Rush, one of the signers of the Declaration of Independence, called for complete abolition of the death penalty. Thomas Jefferson believed that it should be used only in cases of murder and treason, and in 1796 Virginia accepted his proposal. One state after another passed laws limiting the number of capital crimes.

In 1805 Massachusetts reviewed the state's system of punishment. It abolished corporal punishments such as whipping, branding, cropped ears, and cutting off fingers but maintained the death penalty for robbery, burglary, and arson along with murder, rape, and treason. Although the laws were harsh, in reality executions were rare in Massachusetts. Juries often chose to convict a defendant of a lesser crime rather than see him or her sentenced to death. In the 30 years preceding Stephen Clark's case, an average of six people were hanged in the state each decade. Execution for arson was particularly unusual. Arson first became a capital crime in 1652, but only a handful of those convicted of setting fire to a dwelling had ever been put to death.

Arson first became a capital crime in 1652, but only a handful of those convicted of setting fire to a dwelling had ever been put to death.

The definition of arson was extremely specific: it was the "willful and malicious burning of a dwelling or any other building" between sunset and sunrise. If fires are dangerous today, they were doubly so in early America. Fires were never left unattended. Crawling babies could venture too close and even a slight burn could turn into a fatal infection. And when a structure caught fire, an entire community could be threatened. The law required every home to have a fire bucket on the premises. When a fire broke out, every able-bodied person carried water to fill primitive tubs, which, when pumped by hand, could spray water on fires.

Word of a fire spread quickly. Residents of neighboring towns came to help and sent donations in the aftermath. Newburyport suffered the most damaging fire in its history in May of 1811. The blaze destroyed 16 ½ acres of the densely populated town — 250 buildings, including 90 homes, were lost.

Nine years later, almost to the day, at two o'clock in the morning, a stable went up in flames in the heart of Newburyport. The fire spread first to two adjoining stables, then to two nearby homes. In a frantic attempt to contain the blaze, townspeople tore down a third home and a barn. The desperate measure worked.

The prime suspect was Stephen Merrill Clark. Known about town as a loudmouth, at 14 he had been convicted of assault and battery on an old man. He had already failed at two apprenticeships. His father was at a loss, because, to make matters worse, his son had become involved with "an abandoned woman," one Hannah Downes. Before the fire, the father had approached the selectmen seeking help for his unruly son.

. . . at two o'clock in the morning, a stable went up in flames in the heart of Newburyport. The fire spread first to two adjoining stables, then to two nearby homes.

Within weeks of the fire, Stephen Clark was arrested and charged with arson. Hannah Downes, who herself had been arrested as a "night walker" and "person of lascivious behaviour," had told her jailers that Clark had confessed to setting the fire. Informed of her betrayal, he made his own confession to the magistrate.

The trial began on February 15, 1821, in Salem. The prosecutor's case was straightforward: Both Hannah Downes and the magistrate relayed the details of Clark's confessions. The defense attorney countered by asserting that no direct evidence linked Stephen Clark to the crime; he argued that Downes's testimony should be discounted because it came from a "person of infamous character" and that Clark's confession to the magistrate had been made under "undue influence." He produced alibis, too.

The trial lasted two days; after deliberating for four and a half hours, the jury returned a guilty verdict. The mandatory sentence: Clark was to "be hanged by the neck till he be dead." Although the jury unanimously recommended that the sentence be commuted, the Governor's Council turned down the appeal, citing its "regard to the safety of the community."

Feelings about the case ran high. Numerous letters for and against Clark's hanging appeared in newspapers throughout Essex County. A few days before his execution, two men were charged with bringing the youth tools to make his escape.

On the day of the execution, huge crowds came to watch Clark taken in a carriage through the streets of Salem to an island in the harbor, where the gallows stood. One contemporary account estimates the crowd at 10,000.

On the day of the execution, huge crowds came to watch Clark taken in a carriage through the streets of Salem to an island in the harbor, where the gallows stood.

On May 10, 1821, the Commonwealth of Massachusetts executed young Stephen Merrill Clark. While newspapers described Clark's resigned and contrite demeanor, a legislative committee debating the abolition of the death penalty in the 1830s heard a dramatically different version. "Such was his horror of death, that it was found necessary, amidst his cries and lamentations, actually to force him from his cell, and drag him to the place of execution."

By the 1830s, reformers in the state legislature had begun a campaign to end, or at least limit, the use of capital punishment. In 1839 armed burglary and highway robbery were dropped from the list of capital offenses. In 1852, arson, along with rape and treason, ceased to be punishable by death. That left murder.

The last execution in Massachusetts took place on May 9, 1947. In 1980 the Supreme Judicial Court ruled that capital punishment was unconstitutional in Massachusetts. Two years later, voters approved an amendment to the state constitution providing that none of its provisions were to be construed as prohibiting the imposition of the death penalty, thus reopening the debate. The issue has divided the legislature and the electorate ever since.

Streets of Salem: An Execution at Winter Island

"Report of the Evidence, Arguments of Counsel, Charge and Sentence at the Trial of Stephen Merrill Clark for Arson before the Supreme Judicial Court," (T.C. Cushing, Salem, 1821).

Newburyport: Stories From the Waterside, by Liz Nelson (Commonwealth Editions, 2000). Excerpts used with permission of the author.