WOMAN'S LIFELONG DREAM COULD NOT BE STAMPED OUT

Ever since she was in the fourth grade at the Shepard School in Lynn, Gladys Haywood has been trying to get some recognition for black inventor Jan Matzeliger. Now at age 90, she will finally realize her dream.

On September 15, the U.S. Post Office will issue a 29-cent commemorative stamp honoring Matzeliger, who invented the shoe lasting machine in 1882 in a house on West Street in Lynn.

Haywood …grew up in that same house.

The city of Lynn, once the largest shoe manufacturing center in the United States, will mark the occasion with a celebration at Heritage Park on the waterfront where Mrs. Haywood will speak. The Fayette Street bridge and a new foot bridge over the Lynnway to the waterfront will be renamed in Matzeliger's honor.

Haygood, who is black, and now lives in St. Petersburg, Fla., said she is happy the black inventor is finally getting his due…

…Mrs. Haygood was not alone in her campaign to recognize the inventor. Over the years others joined her, including the Community Minority Cultural Center in Lynn and the North Shore (Lynn branch) of the NAACP. They wrote letters and appealed to the Massachusetts Legislature, led guided tours for children to Matzeliger's grave site and sponsored days and banquets in his honor.

… When Mrs. Haywood became ill several years ago, the only thing that got her out of her hospital bed was news that the government was considering creating a stamp in Matzeliger's honor, said her daughter, Dolores Jackson.

It seems that Jan Matzeliger, whose machine made others wealthy while bringing its creator little financial gain, will not be forgotten.

And Gladys Haywood, the former fourth grader from the Shepard School who never gave up her dream, has put her own stamp on history.

The ensuing points should be noted about Mr. Matzeliger: 1.) When he arrived in the U. S. he didn't speak English he had to learn same. 2.) During his young life he had received a total of five patents from the U. S. Patent Office. Two of which were for lasting machines. The other three delt with nailing/tacking, separating, and distributing mechanisms. These accomplishments say quite a bit about this talented and gifted individual
Login

On this day in 1885, Jan Matzeliger demonstrated his invention — a machine that could finish 75 shoes in a 10-hour day. The most skilled craftsmen working by hand could turn out 50. An improved version of the machine was soon producing 700 shoes per day. An immigrant from Dutch Guiana, Matzeliger, who had settled in Lynn, had overcome the skepticism of co-workers who doubted that a black man with little schooling and poor English could come up with an invention that would revolutionize the shoemaking industry. In the mid-1880s, he and two partners started a business to manufacture his machine. Matzeliger died a few years later at the age of 37. The companies descended from the one he started are now worth more than a billion dollars.

By the eve of the Civil War, most of the steps in shoe production were done by steam-powered sewing machines. 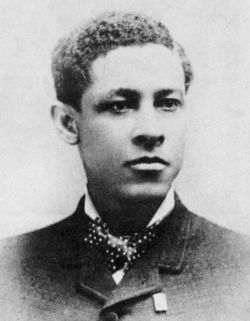 The North Shore city of Lynn had been the center of shoemaking for over a century when Jan Matzeliger invented his revolutionary machine.

In colonial America, shoe making was a side business for farmers who plied their craft during the slow times in the agricultural cycle. Shoes were made to order, and shoemaking was a small-scale, seasonal operation, based in the home. Often the whole family was involved: wives and teenage daughters used any spare moments they had to stitch the soft leather "uppers," while men and boys worked on cutting leather and fitting the uppers to the soles.

This began to change around 1750, when shoemakers in Essex County formed small groups that worked together in "ten-footers," as the ten-foot-long outbuildings were called. The men worked on shoes all day long throughout the year. Instead of making shoes to order, they produced batches of shoes in standard sizes. While the "ten-footer" was a male domain, wives and daughters continued to stitch uppers in the home.

. . . wives and teenage daughters used any spare moments they had to stitch the soft leather "uppers," while men and boys worked on cutting leather and fitting the uppers to the soles. 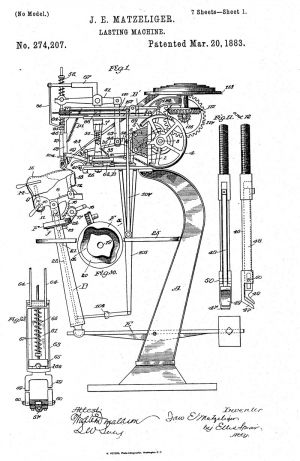 By the early 1800s, "ten-footers" were becoming a common sight all over central and eastern Massachusetts. In Essex County, the economy shifted away from subsistence farming and maritime activities to shoemaking. Nowhere more so than in Lynn, where shoemaking moved first from "ten-footers" into central shops and from there to factories run by shoe bosses.

These men were merchant-capitalists. They purchased leather on a large scale, reorganized shoemaking into a series of mechanized tasks performed in factories, and then marketed the finished shoes all over the United States. Shoe production soared sending the price of shoes down and availability up.

But one task still required skilled workers — lasting. Lasting involved stretching the shoe upper, a pre-cut piece of leather, around a last, or mold, pinning it in place, and then stitching it to the bottom of the shoe. It was a precise and complicated process.

The lasters were highly skilled craftsmen. They had a strong union and commanded much higher wages than other workers. Shoe company managers complained that the lasters were keeping the price of shoes high — and limiting profits. The mechanics and inventors hired to create a machine to replace the lasters made little progress. Many people doubted that a machine would ever replace hand stitchers. They were wrong.

He spent long hours watching the lasters' hand movements and developed an experimental machine that would duplicate their technique. 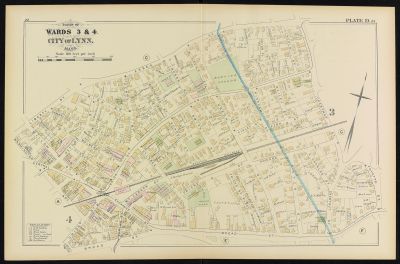 In 1877 a young black man, only recently arrived from South America, moved to Lynn. Jan Matzeliger was observant, patient, and determined. After six years of careful work, he developed a shoe lasting machine that would transform both the manufacture and the sale of shoes.

Apprenticed to work in his father's machine shop at the age of 10, Matzeliger showed an aptitude for mechanics as well as a bright, inquisitive, and fiercely independent mind. At 19, he shipped out on an East Indian merchant ship. When the ship docked in Philadelphia in 1874, he decided to stay. Two years later he moved to Boston and then on to Lynn, where he found an apprenticeship in one of the city's many shoe factories.

Matzeliger paid careful attention to all aspects of the shoemaking process. He quickly grasped the problem of the hand lasters and began working on a solution. Realizing that he needed to educate himself about physics and engineering, he attended evening classes and gradually acquired a small library. He spent long hours watching the lasters' hand movements and developed an experimental machine that would duplicate their technique. He was undeterred by the doubts and prejudice of the people around him.

Today, all shoes manufactured by machine — more than 99% of the shoes in the world — use machines built on Matzeliger's model.

By 1880 he had created his first prototype out of wood, wire, and cigar boxes. It took him several more years to construct a working model from assorted castings and iron parts. In 1883 he applied for a patent. The drawings he submitted were so complex that the patent office in Washington dispatched a special representative to Lynn to observe the machine in operation. On March 20, 1883, he received a patent for a lasting machine.

Thanks to Matzeliger's invention, shoes could now be made faster and cheaper. The average price dropped by half. His invention soon spread around the nation and eventually around the world, making it possible for working people to afford decent shoes.

He raised the money to produce and market the "Hand Lasting Machine" (so called because it imitated the motions of the skilled workers who lasted shoes by hand) by promising two-thirds of any profits to investors. Today, all shoes manufactured by machine — more than 99% of the shoes in the world — use machines built on Matzeliger's model.

Jan Matzeliger died before he was able to enjoy his success. He left his fortune to the North Congregational Church, the only congregation in Lynn that would admit a black man as a member. Over 75 years later, the church honored his memory by erecting a statue of the inventor in downtown Lynn. Nearly a century after his death, the city of Lynn named a bridge after Jan Matzeliger, and in 1992 the U.S. Post Office issued a stamp in recognition of his achievements.

We Will Rise in Our Might: Workingwomen's Voices from Nineteenth-Century New England, by Mary H. Blewett (Cornell University Press, 1991).

The Path to Mechanized Shoe Production in the United States, by Ross Thomson (University of North Carolina Press, 1989).

On this day in 1874, inventor Lewis Latimer received his first patent. The son of a Virginia couple who had escaped from slavery, he was born and raised in Chelsea. After a stint in the...