From landscape architect Charles Eliot to the editor of Garden and Forest:

Your recent editorial on the Waverly Oaks, with its plea for the preservation of the charming scene in which they stand, prompts me to lay before you an imperfect outline of a scheme by which not the scene at Waverly only, but others of the finest bits of natural scenery near Boston, might perhaps be saved to delight many future generations.

. . . Available open ground is being rapidly occupied; and Boston, like New York, may yet be compelled to tear down whole blocks of buildings to provide herself withthe needed oases of light and air. But a crowded population thirsts, occasionally at least, for the sight of something very different from the public garden, square or ball-field.

The railroads and the new electric street railways, which radiate from the Hub, carry many thousands every pleasant Sunday through the suburbs to the real country; and hundreds out of these thousands make the journey for the sake of the refreshment which an occasional hour or two spent in the country brings to them. Within ten miles of the State House there still remain several bits of scenery which possess uncommon beauty and more than usual refreshing power. Moreover, each of these scenes is, in its way, characteristic of the primitive wilderness of New England, of which, indeed, they are surviving fragments.

. . . Lovely natural scenery supplies an education in the love of beauty, . . . if, as we are taught, feeling for artistic beauty has its roots in feeling for natural beauty, opportunities of beholding natural beauty will certainly be needed and prized by the successive generations which are to throng the area within ten miles of the State House.

As Boston's lovers of art united to found the Art Museum, so her lovers of nature should now rally to preserve for themselves and all the people as many as possible of these scenes of natural beauty which, by great good fortune, still exist near their doors.

They were not exotic birds being slaughtered, but the native marsh birds. It is the women that were exotic.
Login

On this day in 1922, the Massachusetts Audubon Society purchased its first parcel of land. For $8,000, it acquired 43 acres in the town of Sharon — the core of the Moose Hill Wildlife Sanctuary that today encompasses 2,000 acres. The Society owed its existence to Harriet Lawrence Hemenway, a strong-minded member of the Boston elite, and the women and men she enlisted in her cause — shutting down the industry that slaughtered birds to supply feathers for fashionable women's hats. Incorporated in 1896, Mass Audubon scored its first success the following year when the state legislature outlawed the trade in wild-bird feathers. As one of the early land conservation organizations in Massachusetts, the Society would become a strong advocate for conservation and one of the largest landowners in the state.

By 1896 nearly 5,000,000 American birds of 50 different species were being killed annually for the sake of fashion. 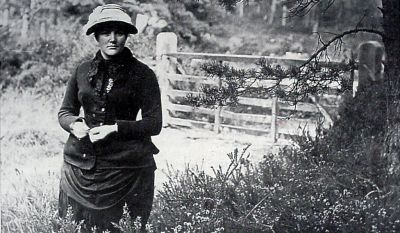 By the early twentieth century, membership in the Massachusetts Audubon Society, founded in 1896 to protect birds and wildlife, had become de rigueur for well-to-do Bostonians. But it was not always thus. The organization that would become such a powerful force in the conservation movement had modest beginnings.

On a winter afternoon in 1896, Harriet Lawrence Hememway, a prominent member of Boston society, read an article that changed her life. It described in graphic detail the devastation caused by the slaughter of birds whose feathers were used to ornament hats worn by fashionable women. The plume trade had become a huge and profitable business, resulting in the decimation of exotic bird populations. By 1896 nearly 5,000,000 American birds of 50 different species were being killed annually for the sake of fashion.

Harriet Hemenway decided to act. She began by recruiting her cousin, Minna Hall, to help her put a stop to the practice. They hosted a series of tea parties for other wealthy Boston ladies and urged their guests, who often arrived bedecked in feathered hats, to renounce the wearing of plumes. Eventually they enlisted 900 women in their campaign to protect native birds.

They hosted a series of tea parties for other wealthy Boston ladies and urged their guests, who often arrived bedecked in feathered hats, to renounce the wearing of plumes. 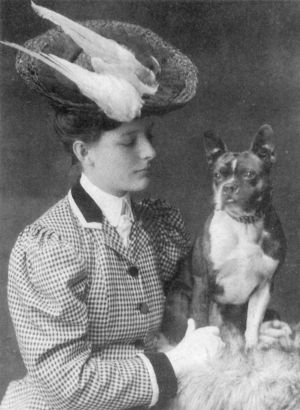 Hemenway and Hall understood that the support of men would be important to success; therefore, they met with the leading lights of Boston's scientific establishment and persuaded them to join the cause. They formed an organization, named the Massachusetts Audubon Society in honor of the bird painter John James Audubon, and made one man the president and another the chairman of the board. They also gained the support of some of the best-known names in American ornithology: Edward Howe Forbush, George Mackay, Charles S. Minot, and Outram Bangs.

Within a year of the founding of Mass Audubon, bird lovers in Pennsylvania, New York, Maine, Colorado, and the District of Columbia followed the Massachusetts example and persuaded lawmakers to ban the trade in wild-bird feathers. In 1905 Boston's Brahmin women helped establish a national committee of Audubon societies, the forerunner of today's National Audubon Society. The committee was instrumental in the passage of the Migratory Bird Conservation Act in 1913 and the Migratory Bird Treaty Act with Great Britain in 1916; these two measures effectively eliminated the plume trade.

Even with this victory, the fight was far from over. Harriet Hemenway and the other members of the Massachusetts Audubon Society continued their efforts to protect native birds. The organization now focused on creating bird sanctuaries around the state. In 1922, the Massachusetts Audubon Society purchased its first parcel of land. For $8,000, it acquired 43 acres in the town of Sharon — the core of the Moose Hill Wildlife Sanctuary that today encompasses 2,000 acres. Among its earliest acquisitions after Moose Hill were Arcadia in the Connecticut River Valley, Pleasant Valley in the Berkshires, Ashumet and Wellfleet on Cape Cod, Wachusett Meadow in central Massachusetts, and Drumlin Farm in Lincoln.

The idea of a non-profit organization purchasing land to protect it from development was a relatively new one. In 1876 the Appalachian Mountain Club was organized in Boston to support the preservation of open space in New England. Even more important for Massachusetts was the establishment in 1891 of the Trustees of Reservations, the first organization in the world devoted solely to the preservation of open space for public purposes.

As envisioned by the young landscape architect Charles Eliot, the Trustees would hold land for the public to use "just as a Public Library holds books and an Art Museum holds pictures." In the words of the legislature, the new organization's purpose was "acquiring, holding, maintaining and opening to the public . . . beautiful and historic places . . . within the Commonwealth."

The state has benefited enormously from the foresightedness of the women and men who founded the Trustees and the Massachusetts Audubon Society and the public officials who understood the importance of preserving open space in Massachusetts. Today the Trustees owns and cares for almost 25,000 acres and protects additional acreage through conservation restrictions on privately-held land. The Commonwealth is responsible for 500,000 acres, and individual cities and towns for nearly 100,000 more. With over 120,000 members, Mass Audubon is the largest conservation group in New England. Today, more than 50 sanctuaries include over 36,000 acres of some of the most scenic and environmentally sensitive land in Massachusetts.