From the opening remarks made by plaintiff's lawyer Lawrence D. Shubow, October 17, 1977:

Basically, we'll be offering evidence to prove four facts. I may repeat them one more time before I am through. First, that the plaintiff is and always has been a group of Indian people: that is people of Indian ancestry, who are conscious themselves of being Indian and are recognized as Indians by the outside world.

Second, that this group of people has lived on the lands of Mashpee for hundreds of years.

Third, that the Indians on this land have made up a cohesive, permanent community with a common heritage and many, many shared ways of living, some of which carry the imprint of the past to this day, as you will hear during this trial.

And fourth, that Indian communities in Mashpee have always had their own form of organization and leadership. Sometimes it's been formal; sometimes, informal. Sometimes opposed [imposed] from the outside; and sometimes, whenever they could win the right to self-government, that leadership was chosen themselves. They've been, in other words, for 300 years—we can't prove what the situation was in 1870 without offering you evidence as to what the situation was before and what it has been since—they've been a group of Indian people living in a distinct territory in a cohesive community with their own social organization.

From the opening remarks made by defendant's lawyer James St. Clair on October 17, 1977, regarding Richard Bourne, a minister influential in Mashpee Indian affairs in the seventeenth century:

He conceived a group of Indians who would be Christian, who would be brought into the English system of government and would become ultimately a part and parcel of the structure of what he then believed would be an English speaking, English governed community. He conceived such a group as not being part of the Indian structure that then existed, as different. It would be English. It would be Christian. And he set about to create such a group. And the evidence will show that the culmination of this plan on the part of Richard Bourne in 1650-1654 ultimately was realized in 1870 when Mashpee became a town, an integral part of the Commonwealth of Massachusetts. Its members became citizens of the Commonwealth and thereafter functioned just as any other town in the Commonwealth and not as an Indian tribe.

Quoted in The Mashpee Indians: Tribe on Trial, by Jack Campisi.(Syracuse University Press, 1991).
×

Another good source on this

Another good discussion about the Mashpee attempt to become federally recognized is James Clifford's essay "Identity in Mashpee" in his 1988 book "The Predicament of Culture." He uses this case to dissect some of the problems with the whole notion of "culture" itself, and the double bind it creates for groups that have to try to define themselves in terms of a certain definition of culture, when in fact most human societies and histories are much more fluid than that definition can capture. Worth a look.
Mashpee case

Your good summary just begins to suggest the poignancy of the case and its outcome. I believe there was a New Yorker case at the time that focused on the anthropological testimony and the heft of the legal representation involved. It would also have been interesting to discuss, or refer to, the relationship between this case and other land claim cases that have had a positive result for the tribes involved, legally, socially and economically. ------------------------- Wesley T. Ward Director of Land Conservation The Trustees of Reservations
Wampanoags

It is so sad to see that Casinos and slot parlors are going to non-Indians - ultra-rich fat cats. The original concept of casinos for Massachusetts was for reparation to the Indian tribes that we almost annihilated in our quest for land that was theirs to begin with. The Wampanoags are being treatly unfairly AGAIN.
Login

On this day in 1978, a trial began on Cape Cod to determine whether the Mashpee Indians met the legal definition of a tribe. If they did, they could sue for the return of land granted to them in 1685. With huge amounts of undeveloped land at stake, Mashpee's non-Indian residents hired lawyers. The defense argued that the Mashpee Wampanoag had intermarried with so many different groups over the years that they were no longer genetically the same people as the original Mashpee. The lawyers also claimed that the Mashpee had not maintained their traditions. After a 40-day trial, the judge declared that the Mashpee Wampanoag did not meet the legal definition of a tribe and therefore had no standing to sue. The case was dismissed. 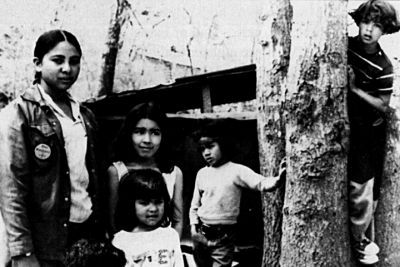 When the Pilgrims landed in Plymouth in 1620 and then spread out over Cape Cod, the Native People they encountered were Mashpee Wampanoag. Over the next 250 years, the Indian population of Massachusetts declined, but in 1860, almost all of the 500 people living in the town of Mashpee were still members of the tribe.

A century later the development of second homes and retirement communities had caused a population boom in Mashpee; of the town's 12,000 residents in 1970, only 800 identified themselves as Indians. With the change in the character of the town, the Mashpee lost control of local government. Many of the open spaces where they had hunted or fished were turned into subdivisions. Run-off from the development of houses and malls forced the closing of their traditional shell fishing grounds. And the Mashpee felt insult was being added to injury when newcomers with different aesthetic values pressed for changes in the appearance of their homes and communal buildings.

After years of growing tension and unsuccessful efforts at arbitration, in 1977 the Mashpee took legal action. They filed suit in federal court claiming that their land had been taken from them illegally. They demanded the return of all undeveloped land in the town.

As Christians they were urged to give up Indian ways for European ones, and most did. Throughout the 1700s and 1800s, the Mashpee Wampanoag struggled to balance assimilation and resistance to white culture.

The reaction from the non-native townspeople was swift and dramatic. The suit put at risk all non-Indian residents' title to their property. The local papers were filled with protests against the Indians' action. Some Native People were fired from jobs with the town; others were defeated in local elections. Groups formed to fight the claim.

The Indians' claim was based on the long and complex history of the Mashpee people. Although Native People had lived in Mashpee for many generations, smallpox spread by European fishermen and traders nearly wiped out the population in the early 1600s. Members of other Wampanoag tribes eventually moved to Mashpee and intermarried with the local Indians. Like other New England Indians, the Mashpee Wampanoag also intermarried with African Americans.

From the earliest days of English settlement, the tribe was under pressure to assimilate. Missionaries converted many of them to Christianity. As Christians they were urged to give up Indian ways for European ones, and most did. Throughout the 1700s and 1800s, the Mashpee Wampanoag struggled to balance assimilation and resistance to white culture. Two things did not change, however: the Indians considered that the whole community owned the land, which was available for all members of the tribe to use, and they continued to govern themselves.

The Globe reported that the announcement "was greeted with tears, howls of jubilation, and the beating of drums by tribal members. 'We've been waiting so long,'" one 89-year-old Wampanoag sobbed.

For the next 90 years, the Native People managed to continue their communal way of life. There was little pressure for development, so Indians were free to hunt and fish and use the natural resources on undeveloped land much as they always had. In the early 1900s many Mashpee even returned to practicing traditional native ways. It was only in the 1960s that the Mashpee realized the threat posed by increasing residential development.

In their 1977 suit, the Mashpee showed that both colonial and federal laws had prohibited the sale of tribal lands without the approval of the tribe. Since the tribe had not given its approval, the Mashpee argued that the land had been taken illegally and must be returned. The judge ruled that before the Mashpee could pursue their land claim they must first prove that they met the legal definition of a tribe, and had done so continuously from the early 1600s to the present day.

The Mashpee had to overcome the other side's claim that they had intermarried with the members of other tribes and with non-Indians to such an extent that they were no longer genetically related to the "original" Mashpee. The town's lawyers also argued that the Mashpee Wampanoag had abandoned their native language, customs, and government. For weeks experts offered conflicting testimony on what it meant to be a tribe.

The Mashpee lost the case but did not abandon the effort to reclaim their land. In 1990 they petitioned the U.S. government for recognition as a tribe. On March 31, 2006, after a 31-year struggle, the 1,468-member tribe finally won preliminary recognition. The Globe reported that the announcement "was greeted with tears, howls of jubilation, and the beating of drums by tribal members. 'We've been waiting so long,'" one 89-year-old Wampanoag sobbed.

The Wampanoags of Mashpee: An Indian Perspective on American History, by Russell Peters (Nimrod Press, 1987).

On this day in 1781, Natick was formally incorporated, but the town already had a long history. In 1651, a group of Christianized Indians had founded a "Praying Town" in what is now South Natick....

On this day in 1621, the ship Fortune set sail from Plymouth Colony. The arrival of the vessel two weeks earlier — sent by the English investors who had funded the Mayflower colonists— should have...