For several years past the scheme of female colonization for the Far West and the newly settled Territories on the Pacific slope, has been extensively discussed and widely approved. The fact that a scarcity of women existed in those far away and newly settled regions, while a superabundance of the fairer sex abounded in the New-England and the Middle States, naturally led many to believe that any feasible plan looking toward the removal of these two great drawbacks, would be a beneficial and desirable one for both sections. Several schemes have from time to time been set forthwith but indifferent success, the projectors not taking that active interest in the enterprise so necessary to a prosperous culmination.

Now, perhaps we have something tangible, and an enterprise that seems to possess all the elements of success, for the prime mover uses his personal effort and private means to promote the novel and interesting enterprise. This scheme is simply the gathering together of some seven or eight hundred young and marriageable women, of unexceptionable character, and some little private means, and shipping the same in a steamship, via Cape Horn, to Washington Territory, there to be provided with employment, and in many instances comfortable homes.

The scheme has so far progressed that seven hundred young women, thirty or forty families and twenty young men will sail from this port in the first week of October, in the steamship Continental, for Washington Territory. The party emigrate to the Pacific coast under the superintendence of Mr. A. S. MERCER, a resident of Washington Territory, a member of the Territorial Council, and an authorized agent by appointment of GOV. PICKERING.

Many of our readers will naturally inquire

WHO THE EMIGRANTS ARE,

and whence they come. We will endeavor to satisfy such natural inquiries. It appears that the largest number of the young women who accompany the expedition, and whose presence constitutes its principle feature, are from the New-England States. They are chiefly the daughters of soldiers. Their ages vary from sixteen to twenty-five years; some few are older. They are guaranteed employment when they arrive in Washington Territory, with a sufficient remuneration to make them independent. Although this is not a matrimonial adventure, it being expressly stipulated that the wages of the girls be adequate for their support without recourse to marriage, there is not the most distant probability that any young woman who desires to marry will be prevented. . . .

I love the idea of the adventurous woman going west to teach because it is the "right" thing to do. I am sure that the 11 were quite religious, but I'll bet they really wanted money and men. Talk about a "you go girl" moment. Remember in the 80's and 90's when there was a call for women in Alaska? There were both job and romance opportunities that time too. At least the women who went to Alaska did not have to give up their jobs when they wed!
Teachers

On this day in 1864, a visitor from Seattle held a meeting in Lowell. Asa Mercer explained to his largely female audience that there was a great scarcity of teachers in the Washington Territory. Jobs — and single men — were plentiful. Both were in short supply in Massachusetts. Any woman who could raise the money for her passage would readily find a teaching position — and soon a husband. Mercer also appealed to the women's sense of duty: "their presence and influence were so much needed" in the West, he told them. In spite of the opportunities Seattle offered, it was unimaginably far away. Only 11 women chose to accompany Mercer on his journey home. These brave teacher-pioneers were long known as the "Mercer Girls."

About 70% of the women who left New England to be teacher-pioneers remained in the west. 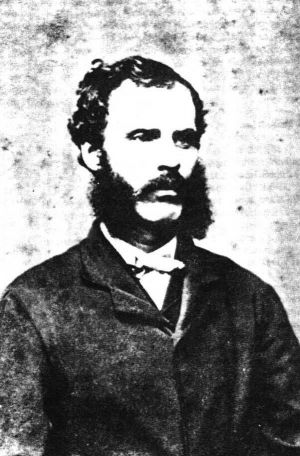 By the beginning of the Civil War, towns dotted the western frontier. Most were rough and rowdy places where men greatly outnumbered women, especially the kind of respectable women who helped to "civilize" a community. Massachusetts was the perfect place to find such women.

In 1864, Asa Mercer, an enterprising young man recently settled in Seattle, journeyed east to recruit women teachers for the Washington Territory. His reasoning was simple: "A scarcity of women existed in those far away and newly settled regions, while a superabundance of the fairer sex abounded in New England."

Mercer's first stop was Lowell, a mill town in the Merrimack Valley. First the Gold Rush and then the Civil War drew young men away from Massachusetts. By the 1830s a majority of the workers in the Lowell mills were female. When the war cut off the supply of raw cotton, many workers — including large numbers of single women — lost their jobs.

On January 23, 1864, the local papers reported that Asa Mercer would make a presentation at the Unitarian Church. He would describe a "young and rising territory," "full of ample resources," suffering from "a great want of teachers." Any woman who could raise the cost of her passage from Boston to San Francisco would be assured of a position. Eleven young women — eight from Lowell, two from Groton, and one from Boston — signed up.

"A scarcity of women existed in those far away and newly settled regions, while a superabundance of the fairer sex abounded in New England."

The women who responded to Mercer's appeal were motivated by both religious zeal and economic need. Some single women found the strength to set out on their own for the frontier in the belief that they were doing God's work. This was especially true for women who had participated in the evangelical revivals that swept Massachusetts in the second quarter of the nineteenth century. They felt empowered by their religious faith to follow their convictions, even if it meant defying convention and their parents' wishes for them to remain at home.

The journey and the job ahead were daunting. It was not unusual for a woman to change her mind as the date of departure neared, but those who did go often credited their sense of mission with giving them the strength to persevere.

If single women believed they could do God's work in the west, they also knew there were few options for them at home in New England. Teaching was one of the only occupations open to a respectable single woman who needed to support herself or assist her family. Massachusetts had led the nation in its commitment to public education. Asa Mercer no doubt knew that the state had many more literate young women than could find teaching positions. He also knew that Seattle was unimaginably far away. One can only wonder if he was disappointed that only 11 brave souls chose to accompany him on his return trip.

The women who responded to Mercer's appeal were motivated by both religious zeal and economic need.

Seven weeks after he held his meeting in Lowell, the group left New York on a ship bound for Colon on the Atlantic Coast of Panama. From there, they traveled 45 miles overland to Panama City where they boarded the S.S. America. After sailing up the coast to San Francisco, they completed the journey to Seattle aboard a lumber bark and, finally, a sloop. The trip took two months.

The people of Seattle held a grand reception at the University Hall and welcomed the women to "our youthful country." "A vote of thanks was tendered to the young ladies for the self-sacrificing spirit they had manifested on leaving the loved firesides of happy homes to plod life's weary way on the North Western coast." That evening, the young women witnessed a beautiful western sunset before retiring to the homes of families who were hosting them until they found positions.

The following year, with Asa Mercer once again recruiting in the east, the New York Times gave an account of the first group: "Nearly all taught school and received for their services from fifty to eighty dollars a month. They did not become lonesome or tired of the Territory, nor have they desired to return. Several of them are now married and their places as teacher are vacant. The success of this first enterprise encouraged Mr. Mercer to extend his plans so that they would comprise the emigration of a shipload of women.

If single women believed they could do God's work in the west, they also knew there were few options for them at home in New England.

According to the Times, Mercer was gathering "some seven or eight hundred young and marriageable women, of unexceptionable character, and some little private means, and shipping the same in a steamship, via Cape Horn, to Washington Territory, there to be provided with employment, and in many instances comfortable homes." Mercer's second expedition might have sounded good, but it was a fiasco. He arrived in Seattle with fewer than 100 single women.

One of the "Mercer Girls," Lizzie Ordway, became especially beloved in her adopted home of Bainbridge Island, Washington. A graduate of the Ipswich Female Academy, Ordway was active in the suffrage movement in Washington state and was elected Superintendent of Schools in Kitsap County, a post in which she served for eight years. Ordway School on Bainbridge Island was named in her honor.

About 70% of the women who left New England to be teacher-pioneers remained in the west. Many of their daughters became the teachers of the next generation. 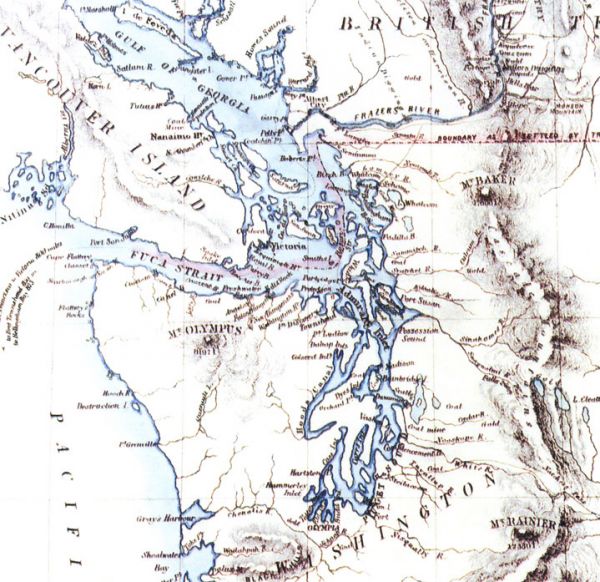