My father always had a weekly newspaper, and when young [William Lloyd] Garrison started his "Free Press" at Newburyport, he took it in the place of the "Haverhill Gazette."

My sister, who was two years older than myself, sent one of my poetical attempts to the editor. Some weeks afterwards the news-carrier came along on horseback and threw the paper out from his saddle-bags. My uncle and I were mending fences. I took up the sheet, and was surprised and overjoyed to see my lines in the "Poet's Corner." I stood gazing at them in wonder, and my uncle had to call me several times to my work before I could recover myself.

Soon after, Garrison came to our farmhouse, and I was called in from hoeing in the cornfield to see him. He encouraged me, and urged my father to send me to school.

I longed for education, but the means to procure it were wanting. Luckily, the young man who worked for us on the farm in summer, eked out his small income by making ladies' shoes and slippers in the winter; and I learned enough of him to earn a sum sufficient to carry me through a term of six months in the Haverhill Academy. The next winter I ventured upon another expedient for raising money, and kept a district school in the adjoining town of Amesbury, thereby enabling me to have another academy term.

According to this morning's moment: "John Greenleaf Whittier was born in 1807 on a small farm that had been in his family for over two centuries." That would mean that, at the very least, his family would have taken possession of the farm 13 years before the Pilgrims arrived. A very good trick!
A good trick....

Good point. The house was 200 years old not at the time of his birth, but at the time he wrote the following autobiographical letter, dated May 5, 1882, in which he relates: "I was born on the 17th of December, 1807, in the easterly part of Haverhill, Mass., in the house built by my first American ancester, two hundred years ago..." We'll correct it in the essay. Thanks for your careful reading.
whittier houses

Sometimes Primary Source / Mass Moments has a side bar of places you can go - and the John Greeleaf Whittier House is open to visitors, and there is more than one!!: http://www.essexheritage.org/sites/whittier_family.shtml http://www.essexheritage.org/sites/amesbury_whittier-home.shtml and you can visit the haverhill public library to look at his collection of work: http://www.haverhillpl.org/Departments/special/jgwhittier.html
Whittier poem for Election Day

As we head into an election period, it might be useful for educators to take a look at Whittier's poem "The Poor Voter on Election Day". You can access it at the about.com site in the poetry section, or you might just search the title. Whittier was an elector for Massachusetts in the 1860 Presidential election.
Whittier poem for Election Day

Thanks so much for writing this post. After another Mass Moment about John Greenleaf Whittier, I have just read and ENJOYED "The Poor Voter on Election Day" thanks to you.
Login

On this day in 1892, the poet John Greenleaf Whittier died at the age of 85. He had come a long way from his Quaker boyhood on a struggling farm in Haverhill. He began writing poetry as a teenager but sacrificed his literary career to the greater cause of abolition. For nearly 30 years, controversy over his passionate opposition to slavery made it difficult for him to publish his poems or earn a living. Only after the Civil War did he become a popular poet. During the last decades of his life, he was such a beloved figure that Massachusetts made his birthday a school holiday. The man who had been reviled for his abolitionist politics was now considered a national treasure.

On three different occasions, he was attacked by anti-abolitionist mobs; once, the office of an anti-slavery publication he edited was sacked and burned. 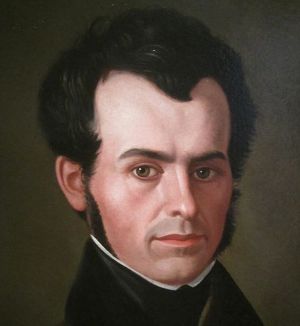 John Greenleaf Whittier was born in 1807 on a small farm that had been in his family for over a century. Years later the poet remembered, "the farm was not a very profitable one; it was burdened with debt and we had no spare money, but with strict economy we lived comfortably and respectably." That strict economy, however, meant that the Whittier children could be spared from farm work only long enough to attend school for 12 weeks each winter.

At 14, Whittier discovered the work of the great Scottish poet Robert Burns and began writing his own poems. His sister sent one to the Haverhill Gazette, which printed it. William Lloyd Garrison was then the paper's publisher. The abolitionist paid a visit to the Whittiers' farm. John recalled being "called in from hoeing in the corn-field to see him." Garrison urged Mr. Whittier to send his talented son to school. He offered encouragement to the young writer and, even more important, he enlisted him in the cause of the abolition of slavery.

Years later the poet remembered, "the farm was not a very profitable one; it was burdened with debt and we had no spare money, but with strict economy we lived comfortably and respectably." 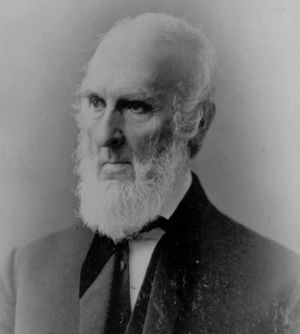 Whittier's father reluctantly agreed to allow John to study at a local academy. He entered in 1827 at the age of 20; during the next two years, he spent six months studying and six months teaching, all the while pouring out a steady stream of poems for the local press and the Boston Statesman. In 1829 he left the academy and embarked on a career as a poet and editor of literary journals.

His uncompromising position on abolition, still an unpopular cause in New England in the 1830s, cost him dearly. In 1833 he published at his own expense a pamphlet calling for the immediate abolition of slavery in the District of Columbia and all territories and then in all slaveholding states. The pamphlet so enraged the general public that he could not find work as an editor, and magazines refused to publish his poetry. "I received nothing for my poems and literary articles," he remembered. "Indeed, my pronounced views on Slavery made my name too unpopular for a publisher's uses." As his biographer puts it, "He took his place with the outcasts, and he knew exactly what he was doing."

"He took his place with the outcasts, and he knew exactly what he was doing."

And what Whittier was doing was dangerous. On three different occasions, he was attacked by anti-abolitionist mobs; once, the office of an anti-slavery publication he edited was sacked and burned. As the rioters set fire to the building, Whittier managed to borrow a white overcoat and wig from a Quaker doctor who lived nearby. "Thus disguised, he ran into the burning building to his office and gathered up what he could. . . . He was out again before the roof fell in."

But he kept working, editing various abolitionist newspapers, composing fiery anti-slavery poems, and helping to build a political movement. When it was clear that moral arguments would not change popular opinion, Whittier became politically active, serving in the Massachusetts legislature and helping launch the Liberty Party, which supported anti-slavery candidates for Congress. He was a founding member of the Republican Party.

"I do not wonder that thee thinks 83 years a long time, but to me it seems but a very little while since I was a boy no older than thee, playing on the old farm at Haverhill."

Whittier devoted 30 years of his life — "all the hopes and dreams of [his] younger years" — to the fight against slavery. It was not until after the Civil War that a mature Whittier finally came into his own as a poet. He wrote about the region's past, life in New England before industrialization, and of his deep Quaker faith. His poetry and hymns touched a chord with the nation. Only Henry Wadsworth Longfellow was a more popular poet in late nineteenth century America.

Whittier received thousands of letters from admirers. One of his favorites came from a young Helen Keller while she was a student at the Perkins School for the Blind. She wrote that she and her friends were going to celebrate Whittier's birthday by reading his poems. In his response, he thanked her and said, "I do not wonder that thee thinks 83 years a long time, but to me it seems but a very little while since I was a boy no older than thee, playing on the old farm at Haverhill."