The study I have given to the Indian question in its various aspects, past and present, has produced in my mind the firm conviction that the only certain way to secure the Indians in their possessions, and to prevent them from becoming forever a race of homeless paupers and vagabonds, is to transform their tribal title into individual title, inalienable for a certain period; in other words, to settle them in severality, and give them by a patent an individual fee-simple in their lands. Then they will hold their lands by the same title by which white men hold theirs, and they will, as a matter of course, have the same standing in the courts, and the same legal protection of their property."

From A Century of Dishonor: A Sketch of the United States Government's Dealings with Some of the Indian Tribes, by Helen Hunt Jackson (Harper & Brothers, 1881).

She began writing letters to newspaper [s] on the question
Login

On this day in 1830, an Amherst College professor and his wife rejoiced at the safe delivery of their second child, Helen Maria Fiske. A lifelong friend of Emily Dickinson and a talented poet in her own right, Helen Fiske Hunt Jackson would become one of the most admired and prolific authors of her time. Her poems, essays, travel sketches, and children's stories were widely published in the 1860s. On a visit to Boston in 1879, she heard an Indian chief speak about the injustices his people had suffered at the hands of the U.S. government. Never before involved in reform, Jackson was moved to action. She became a crusader for Indian rights and devoted the rest of her life to the cause.

Jackson sent copies of her report at her own expense to every member of Congress and to every government official connected with Indian affairs. 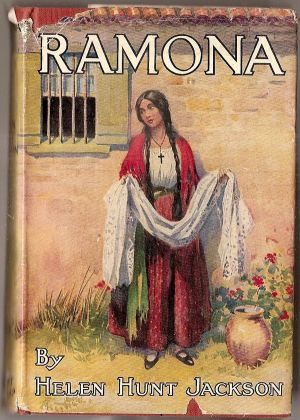 Helen Hunt Jackson's intelligence and impulsiveness were evident from earliest childhood. Her pious parents were troubled by the fact that, as her mother observed, their daughter was "quite inclined to question everything; the Bible she says does not feel as if it were true." As an adult, she avoided organized religion, which set her apart from the evangelical Protestants who shared her interest in helping Native Americans.

Both of Jackson's parents died before she was 17. With the help of relatives, she attended the Ipswich Female Seminary and the Spingler Institute in New York City. At 21, she met her first husband, Edward Bissell Hunt, an Army engineer and the brother of New York's governor. The union began happily, but then tragedy struck. Their first son died of a brain tumor in infancy; Edward Hunt was killed in a work-related accident in 1863, and two years later, Helen Hunt's younger son succumbed to diphtheria. Turning to writing for solace and a source of income, she had two poems published in the New York Evening Post.

In 1866 she moved to Newport, Rhode Island, a burgeoning artists' colony. She undertook an apprenticeship with Thomas Wentworth Higginson, a well-connected writer and editor who helped her get her poems, essays, travel sketches, and children's stories published. Soon she was making a living from her writing. She began a correspondence with her childhood friend, Emily Dickinson, which would last for the rest of her life. Many scholars consider her the only contemporary of Dickinson's who fully appreciated the reclusive poet's remarkable talent.

. . . her mother observed, their daughter was "quite inclined to question everything; the Bible she says does not feel as if it were true."

Seeking relief from ill health in the dry air of the Rockies, she moved to Colorado Springs in 1873. There she met her second husband, William Sharpless Jackson, a wealthy banker. They were married in 1875. Her newfound financial security afforded her the freedom to write about subjects regardless of their commercial appeal.

Jackson made regular trips east to maintain contact with other authors and publishers. It was during a visit to Boston in 1879 that she heard Chief Standing Bear and other representatives of the Ponca and Omaha Indian tribes describe how the federal government had confiscated their peoples' land and forced them to relocate to Indian Territory. She immediately became a convert to the cause of Native American rights.

She learned everything she could about the issue. She began writing letters to newspaper on the question at the heart of her work: "Has the Indian any rights which the white man is bound to respect?" After months of research, in 1881 she published her path-breaking exposé of Indian mistreatment, A Century of Dishonor: A Sketch of the United States Government's Dealings with Some of the Indian Tribes. "President after president has appointed commission after commission to inquire into and report upon Indian affairs, and to make suggestions as to the best methods of managing them," she wrote. "The reports are filled with eloquent statements of wrongs done. . . . They counsel a trial of telling the truth, keeping promises, making fair bargains, dealing justly in all ways and all things. These reports are bound up with the Government's Annual Reports, and that is the end to them."

"The reports are filled with eloquent statements of wrongs done. . . . These reports are bound up with the Government's Annual Reports, and that is the end to them."

Jackson sent copies of her report at her own expense to every member of Congress and to every government official connected with Indian affairs. The following year, the Interior Department assigned her to investigate conditions among the Mission Indians of Southern California. The result was a 56-page report. A bill implementing most of its recommendations passed the Senate but died in the House.

Influenced by the immense success and power of her friend Harriet Beecher Stowe's Uncle Tom's Cabin, Jackson returned to writing fiction. Her 1884 classic Ramona, a romantic novel about a half-Native American, half-Spanish woman and her Native American husband, was a popular and critical success, but it did little to change public attitudes towards Indians. Hunt was only 55 when she died in 1885. Had she lived, she would no doubt have been disappointed that the book's greatest impact may have been to draw tourists to the southern California Missions where it was set. Hollywood used the novel as the basis of at least four films between 1910 and 1936. However, in the long run, her work did serve as an influence to others interested in Native American rights.

Amherst History Museum has Jackson's cradle and several first editions of her work.

The Jones Library in Amherst houses first editions of most of Jackson's books, along with correspondence and photographs.

A Century of Dishonor: A Sketch of the United States Government's Dealings with Some of the Indian Tribes, by Helen Hunt Jackson (Harper & Brothers, 1881).