From The Labor Movement: The Problem of Today, by George McNeill (1886)

…. Under the wage-system, no congregated form of labor is conducted on the theory of freedom of contract. At a recent hearing before a legislative body, the treasurer of a large manufactory was asked if he ever consulted with his help in reference to the matter of wages, "Do you suppose I run my establishment on the town-meeting plan?" In other words, he confessed, as all employers confess, that they do not propose to allow any freedom of contract as between them and their employees. The contract, so-called, is an agreement that the employer or corporation shall name all of the conditions to the bargain.

On this day in 1852, hundreds of mill workers at the Woolen Company in Amesbury walked out on strike. Fourteen-year-old George McNeill, who had worked in the carding room since he was ten, immediately organized the children employed by the mill into a mutual benefit association. This began his lifelong commitment to bettering the lives of working men, women, and children. His decades of advocacy for an eight-hour workday earned him the title "father of the eight-hour movement." In 1869, he was instrumental in persuading the state legislature to create the Massachusetts Bureau of Statistics of Labor. He was co-director of the bureau, which was the first in the nation and the model for the U. S. Department of Labor.

While he helped win passage of a number of federal and state eight-hour laws, the statutes were rarely enforced. Employers easily found ways to get around them. 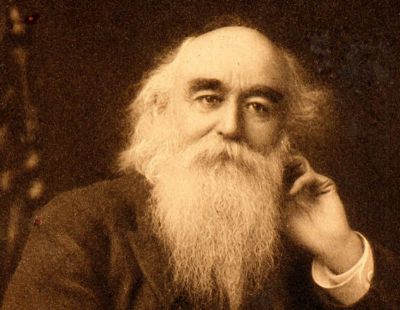 Beginning in 1847, ten-year-old George McNeill worked at a textile mill from 5:00 in the morning to 7:00 at night. The workers were allowed a 30-minute break for breakfast, 15 minutes for "luncheon privileges," and 45 for dinner. In 1852 the new manager, John Derby, decided this was excessively generous and announced the elimination of the morning and afternoon breaks. On June 1st, 100 employees openly defied his orders; they left for their customary morning break and did not return. Derby fired them all. The following day, spinners, weavers, and workers in the carding room went out on strike.

On June 15th Amesbury town meeting recorded its "united protest" against the Salisbury Corporation, which owned the mill, and urged "legislative action restricting the hours of labor of manufacturing companies." It then authorized the selectmen "to expend a sum not exceeding $2,000 if in their judgment it is needed for [strikers'] relief." The neighboring town of Salisbury also voted unanimously to support the strikers and called on the legislature to limit the workday to ten hours.

The striking workers tried to negotiate with Derby, but the mill owners brought in police guards and hired 50 Irish immigrants to operate the machinery. The strikers never won their demands; nor did they get their jobs back. The Derby strike would be considered a failure except that it launched the career of George McNeill. For the remainder of his life he would be at the center of every major effort on behalf of the working people of Massachusetts.

As McNeill put it, "an empty stomach can make no contracts." 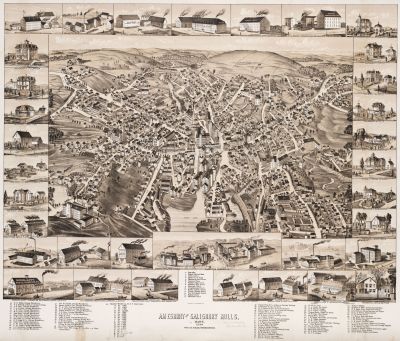 With the end of the Civil War, the drive for improved working conditions gained momentum. The National Labor Union, formed in 1864, enjoyed some success before it collapsed during the economic depression of 1868. Other labor organizations sprang up, but another long depression that began in 1873 undermined workers' bargaining power. As McNeill put it, "an empty stomach can make no contracts."

McNeill and other labor activists pressed on even when hard times made organizing difficult. By 1863 McNeill had moved from Amesbury to Boston; that year he co-founded the Grand Eight-Hour League. Five years later, the group became the Boston Eight-Hour League. George McNeill served as its president from 1869 to 1874.

A firm believer in "organize, organize, organize" and a brilliant consensus builder, he brought together not only workers but legislators and civic leaders. Recognizing the power of the press, he edited labor publications in New York City, Fall River, and Paterson, New Jersey. While he helped win passage of a number of federal and state eight-hour laws, the statutes were rarely enforced. Employers easily found ways to get around them.

"I plead for the little ones," he wrote in an 1875 report. "Ignorance and poverty are twin monsters, and education is a means of removing both. . . . We must work for universal education."

Together with abolitionist and reformer Wendell Phillips, McNeill lobbied the Massachusetts legislature to establish a Bureau of Statistics of Labor. He was appointed co-director. Under his leadership, the bureau published some of the nation's first studies on the conditions of working people. Among them was one showing that at least 25,000 children in Massachusetts were "growing up without any, or but the slightest knowledge of the rudiments of education." In part as a result of the bureau's work, in 1874 the legislature passed a law limiting children and women working in factory jobs to ten-hour days.

Concern that McNeill's activism conflicted with his duties at the bureau led to his dismissal as its director. However, shortly thereafter, he was given the job of monitoring the state requirement that factory owners provide schooling for all 10- to 15-year-olds who worked 10-hour days. He found countless violations. "I plead for the little ones," he wrote in an 1875 report. "Ignorance and poverty are twin monsters, and education is a means of removing both. . . . We must work for universal education."

Garment workers in Philadelphia had formed the Noble and Holy Order of Knights of Labor in 1869. In 1876 the Knights adopted almost to the word a declaration of principles McNeill had written for another labor congress. In 1883 he joined the Knights and became treasurer of District 30 (Massachusetts), the largest of the state organizations. By 1886 the Knights of Labor had 750,000 members across the nation.

Their goal was a cooperative commonwealth with an economy "organized upon principles affirming that all citizens enjoyed an equal right to independence and a decent livelihood."

The Knights favored arbitration over strikes, sought to cooperate with employers whenever feasible, and had faith in the legislative process. Their goal was a cooperative commonwealth with an economy "organized upon principles affirming that all citizens enjoyed an equal right to independence and a decent livelihood." The eight-hour day was central to their platform, and they believed they could achieve it through legislation rather than activism.

In May 1886 thousands of union workers defied the Knights' leadership and struck for an eight-hour day. Many of the strikes ended in appalling violence against the strikers. Frustrated working people all over the country turned to the newly formed American Federation of Labor (AFL), which promoted "pure and simple unionism." George McNeill was one of them.

For the next 20 years, he devoted himself to the AFL and the workers it represented. Hundreds of labor representatives — local, state, and national — attended the memorial service that followed his death in 1906. AFL president Samuel Gompers gave the eulogy.

There is a monument to McNeill in front of the Amesbury police station, where his boyhood home once stood.