The New-England Women's Auxiliary Association is an authorized branch of the Sanitary Commission in Boston. Its object is to get from every woman of New England such assistance as she is able to give, in money, clothes, socks, yarn, feathers, or other available materials. Much has been given, but we believe ten times as much may be had. Send us whatever you can give. Every article which we forward is marked, so that it is not liable to be lost or sold; and so that the person who receives it may know whence it comes.

. . .To every woman we say, Help us -- help this central, national, authorized Agency for the care of the sick and wounded soldiers. You who have done much will be the readiest to do more; but do not rest with having done all you can; stir up your neighbors, inform those who are ignorant of these arrangements, put system and cooperation into your work, and we promise you that no article intrusted to us shall be diverted from its purpose, and not a cent wastefully or unnecessarily spent.

On this day in 1861, more than 100 women in the central Massachusetts town of Fitchburg formed a Ladies Soldier's Aid Society. The organization's mission was to support Union men on the front and assist their families at home. Even as their men folk went off to war, often returning badly injured — or not at all — and in the face of rising prices on everything from coffee to firewood, Massachusetts women found the wherewithal to contribute to the war effort. They sewed countless sheets and shirts and knitted blankets and mittens. More than 10,000 similar groups sprang up across the North. After the war ended, many of the women who led these groups became active in the fight for woman suffrage.

After the war, Abby May founded the New England Women's Club to lobby for woman's right to vote for school board members and served as vice-president of the Massachusetts Suffrage Association. 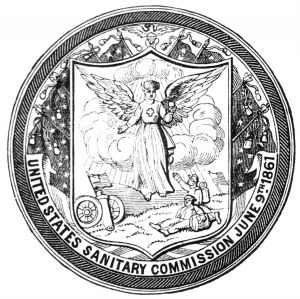 As early as 1867, Civil War historian Frank Moore observed that "the story of the war will never be fully or fairly written if the achievements of women in it are untold." Hundreds of thousands of women on both sides of the conflict worked tirelessly on behalf of their soldiers. In the case of northern women, their contributions helped secure victory.

When the Civil War began in April of 1861, men knew immediately how they could help. It was not so clear to women. Louisa May Alcott voiced the combination of frustration and resolve many women felt: "As I can't fight, I will content myself by working for those who can."

It was not long before families at home began to hear about the deplorable conditions among the troops. Neglected soldiers at the front suffered "bare feet, tattered and unchanged shirts, blanketless limbs, and utter destitution." By the summer of 1861, northern women were organizing to provide assistance. In Fitchburg, former schoolteacher Susan Norcross and her friends gathered in the Town Hall to sew sheets and flannel shirts and knit stockings for the soldiers. In two-months time, the effort produced about 1,500 articles of clothing. As the war continued, the Fitchburg Ladies Soldier's Aid Society was shipping monthly food parcels filled with butter, eggs, sauerkraut, cider, chickens, and other staples to the front.

"As I can't fight, I will content myself by working for those who can." 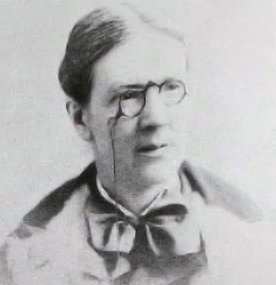 The prominent men who led the Sanitary Commission criticized the early women-led relief activities as disorganized, if well intentioned. Male leadership was needed, they suggested, "to systematize the impulsive, disorderly and uninformed sympathies and efforts of the women of the country."

Men controlled the national organization, but as historian Judith Ann Giesberg shows "women were the initiators, the main financial supporters, and a significant part of the work force of the Sanitary Commission." They managed local relief efforts, like the one in Fitchburg, "coordinated regional supply networks, participated in the commission's decision-making processes, and volunteered on an equal basis with men to go to the battlefield to carry out the relief work."

They managed local relief efforts, like the one in Fitchburg, "coordinated regional supply networks, participated in the commission's decision-making processes, and volunteered on an equal basis with men to go to the battlefield to carry out the relief work."

The commission was organized into 12 major regional branches, all headed by women. The one based in Boston was among the largest and most effectively run. The New England Women's Auxiliary Organization was led by Abigail Williams May, or "Abby May." Immediate priorities — helping families whose able-bodied men had gone off to war or tending to injured soldiers returning from the front — tended to motivate volunteers more than providing general, nationalized relief. One of May's biggest challenges was to encourage women to think beyond the needs of local men and to work on behalf of men who were strangers to them. Abby May and her counterparts built a national movement out of a long-standing tradition of local female benevolence.

Close ties developed among women in local aid societies. For the first time, women of different social and geographic backgrounds — middle-class urban matrons, rural women, mill workers — came together in an effort that was directly related to the nation.

One of the most effective activities were the "sanitary fairs" that urban branches held to raise money to support the work of rural auxiliaries. Modeled on the anti-slavery fairs of the antebellum period, these events offered locally made items for sale and a variety of entertainment, including concerts and meals prepared by local women. A fair held in Boston in December of 1863 was one in a series that not only raised money for the auxiliaries but helped to revive people's interest in a war that was lasting longer, and costing much more, than anyone had anticipated. Although the male leaders of the Sanitary Commission complained that profits from the fairs went directly to the auxiliaries rather than to the commission, women continued to make their own decisions about how the funds they raised would be used.

For the first time, women of different social and geographic backgrounds — middle-class urban matrons, rural women, mill workers — came together in an effort that was directly related to the nation.

The U.S. Sanitary Commission played an important role in the war. It helped combat disease and malnutrition and, in several key battles, commission supplies reached the troops three days before the Army's provisions arrived. But perhaps the commission's most significant legacy was the opportunity it gave women to become effective leaders and to create the kind of networks that fostered coalition-building among women from different backgrounds and classes.

By connecting ladies' aid societies, women like Abby May established a model that women's organizations would use in the postwar era. Their work was public and political, not simply an outgrowth of concerns for family and neighbors. After the war, Abby May founded the New England Women's Club to lobby for woman's right to vote for school board members and served as vice-president of the Massachusetts Suffrage Association. Participating in war relief gave women a sense of community. It was leaders from the war generation who would mobilize this community to demand a political voice for women.

On this day in 1841, Dorothea Dix visited an East Cambridge jail and was appalled to see mentally ill women confined alongside hardened criminals. The 40-year-old teacher and writer had been exposed to the work...