SPOUTING OFF ABOUT WHALES

We watch the spout break the calm water, followed by a curve of quick, dark back, and even the children aboard the Ocean Mariner fall silent. It's our first whale, a 40-foot humpback, which surfaces again and again, exhaling little geysers of spray and gathering oxygen for a dive that will begin with a flip of its powerful, black-and-white flukes.

And as the whale performs, 60 or so passengers who have specifically sailed out on this mist-wrapped morning to what looks like a Nowhere place along the northern tip of Stellwagen Bank, hold their collective human breath while the giant, fellow mammal takes its easy, 250-gallon breaths, and disappears. It is one of those rare moments when our species seems less securely superior.

Eye to eye, whales are fascinating and from a human perspective, paradoxical: mammals, yet ocean-dwellers; giants, yet gentle. As enemies, humans know the great whales intimately having hunted and dissected them into near-extinction. As friends, we know them little.

Yet whale watch voyages, whale models and exhibits, whale films and whale protection efforts based in Massachusetts can make even casual whale trailers feel familiar with these majestic animals.

In 1975, amid general skepticism, Capt. Al Avellar of Provincetown launched the first whale watch trips on the East Coast. Their popularity has grown each year. Avellar's fleet now makes five trips a day in August, four a day in September. According to figures provided by the Mass. Department of Commerce, an estimated 6000 seats are available on 26 whale watch boats departing from Massachusetts ports during the summer months.

On this day in 1975 charter boat captain Al Avellar left Provincetown Harbor with a boatload of school children. They were going to look, not fish. This was the first whale-watching trip on the eastern seaboard. Al Avellar soon established the first whale-watching company on the Atlantic coast and began to expand his fleet, adding vessels especially designed for viewing whales. The whale-watching business flourished and spread to Boston and Cape Ann. Millions of people each year view the friendly and playful cetaceans that frequent the waters of New England between April and October. Eighty-five years after the region's whaling industry disappeared, whale watching is a multi-million-dollar business in New England.

Together the research centers and contributing naturalists have gathered an abundance of information about the whales that feed off the Massachusetts coast. 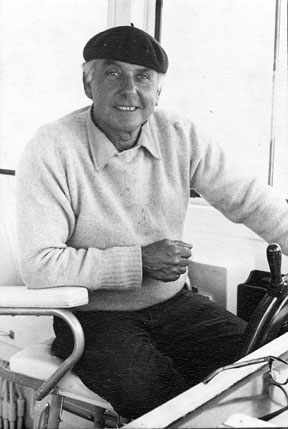 For centuries, the tip of Cape Cod was familiar territory to whalers. Wampanoag Indians hunted for whales inshore and passed their skills on to the English settlers. Provincetown's excellent natural harbor was one of the best in New England, and the town soon became a busy seaport. By the middle of the nineteenth century, there were more than 700 vessels in the Provincetown fleet. Many of these ships undertook long journeys in pursuit of sperm whales and large profits.

The American whaling industry was in decline by the early 1900s, and in 1924, the last Provincetown whaling ship completed its final voyage. More than 50 years would pass before a new kind of whale hunting began; its purpose was to observe, study, and admire, rather than to kill, whales.

Captain Al Avellar ran a charter fishing business from the Provincetown wharf. He noticed that when the occasional whale surfaced near the boat, fishing rods clattered to the deck as his customers raced to see the giant mammal. "I figured if fishermen would look, there must be something to whale watching." In the spring of 1975, he started offering whale watching trips. The business got off to a slow start, but in time his Dolphin Fleet would carry tens of thousands of passengers.

"I figured if fishermen would look, there must be something to whale watching." 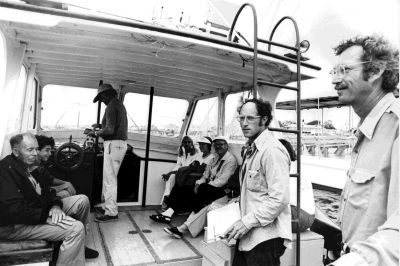 Avellar found a willing partner in Dr. Charles "Stormy" Mayo, co-founder of the Center for Coastal Studies in Provincetown. Established to preserve marine mammals and coastal habitats, the Center operates on the principle "that the successful management and preservation of ecosystems depends on strong, detailed knowledge of species and their natural history." What better way for naturalists to study the behavior and habitat of whales than to partner with a company whose vessels make daily trips to the whales' summer feeding grounds.

The whale watching business spread to Boston and several other Massachusetts ports. Gloucester has several whale watching companies; the town is also home to the Whale Center of New England, founded in 1980, whose goal is to "contribute to the understanding and protection of marine mammals and their habitat."

Together the research centers and contributing naturalists have gathered an abundance of information about the whales that feed off the Massachusetts coast. Humpback, finback, minke, and right whales are the most common species. At around 75 feet, the finback is by far the largest. The right whale, long considered the "right" whale to kill because it stays near the surface, is the most endangered. Scientists estimate that fewer than 300 northern right whales remain in the Atlantic Ocean.

no one who has seen a humpback breach — leap fully out of the ocean — ever forgets it.

Most people consider sightings of humpback whales the highpoint of a whale watching trip. The whales will roll from side to side, flaunting their exceptionally long flippers; sometimes they dive under the boats. On a good day, they treat passengers to the sight of their tales arching and then gracefully disappearing into the sea. They "blow," of course. And no one who has seen a humpback breach — leap fully out of the ocean — ever forgets it.

The humpback whales that frequent the waters off the New England coast are also the most studied whale species. They measure about 45 feet and have enormous tails, between 12 and 15 feet wide and four feet tall. On the flukes of its tail, each humpback has unique markings. These markings are like a fingerprint, which allows naturalists to name each humpback and then keep track of it if it returns to the region, to note newcomers, and to identify dead whales, such as the one that washed up on a Wellfleet beach in December 2004. Since researchers began keeping records, more than 1,200 individual humpbacks have been identified in New England waters.

the federal government recognized the historical and environmental importance of the area and designated Stellwagen the nation's 12th and New England's first marine sanctuary.

The whale watching boats travel to two key areas off the Massachusetts coast: Stellwagen Bank and Jeffreys Ledge. Stellwagen stretches across the mouth of Massachusetts Bay, roughly from Cape Ann to Cape Cod. Jeffreys Ledge is an area between Rockport, Massachusetts, and Cape Elizabeth, Maine. These relatively shallow waters support a rich diversity of marine life, ranging from tiny, single-celled plants (plankton) to the whales that feed on them.

In 1982 the Center for Coastal Studies nominated the 842-square-mile Stellwagen Bank as a National Marine Sanctuary. A decade later, the federal government recognized the historical and environmental importance of the area and designated Stellwagen the nation's 12th and New England's first marine sanctuary. In 1996 the World Wildlife Fund listed it as one of the ten top whale watching sites in the world and the best in the continental United States.

The New England Aquarium offers whale watching trips and has a 2,500-gallon tank that focuses on the ecology of Stellwagen Bank.