How well I remember November 8, 1837! My father had brought us — four girls — in his own carriage, a three days' ride from Vermont. Leaving home on Saturday, we spent the Sabbath at a hotel in Chester, and thus were able to arrive in good time on Wednesday. . . .

Presently, Miss [Mary] Lyons appeared, her face all aglow . . . and gave us the welcome of a mother to her daughters. "Come right upstairs," she said, "you have come to help us," in a voice that had the true home ring. Heart met heart, teacher and pupil were one, and we followed her to seminary hall. . . . We were so glad to have a place in the seminary, for we knew that more than twice our number had been refused for want of room. . . .

That first year brought together a heroic band; nearly all were professing Christians —young women of lofty aims, and steady devotion to Christ. Their zeal for the new seminary was scarcely inferior to Miss Lyons'.

quote from a Holyoke student in 1852- Louisa Smith

Saturday the wind blew here terribly, it blowed down one chimney of the Sem. besides breaking doors and windows, blinds without number. The holy influence which surrounds us here pervades the breasts even of dumb animals. One rat in particular has come out from his brethren and declared in favor of religion, insomuch that he attends devotions daily, or has done so several days past. But poor rat! he has fallen a martyr for the cause. This morning while attending the devotional exercises, a young lady's foot came rather heavily upon him and he expired without a groan. Alas! Alas!"
The Two Spoons Requirement

When the Seminary opened in 1837, equipment was in short supply; knives were available - we know that because one of the work chores reported in student correspondence was to rub the knives after meals; forks were not in use until the mid-19th century. Students were asked to bring their own spoons, presumably to supplement the modest supplies, but also perhaps for health reasons. The requirement to bring spoons - usually a dessert spoon and one larger spoon - was finally abandoned in 1901.
The Two Spoons Requirement

. " I went to church twice yesterday and thought my discipline for the day was over, but Miss Scott, my favorite teacher, sent for me to her room where she gave me a long and feeling discourse upon the state of my soul and future welfare. I told her I had no desire to become pious. She said, "Now my dear Miss Hill, do you not feel that you need a Savior? a friend above all friends, one who will be ever present to aid you in trouble, one to whom you can always look for consolation?ý And much more she said, but I told her I meant to do as near right as possible, and if others had an inclination towards piety, I should not use my influence against it; but I had my own opinion, but should not close my ears to the opinions of others; and I guess she thought I was a hard case. She did not pray for me as she does for the other girls. Attended prayer meeting at church in the evening."
Login

On this day in 1837, 80 students arrived at Mount Holyoke Female Seminary in the Connecticut Valley village of South Hadley. Many had traveled for days to reach what would become the first of the "Seven Sisters" colleges for women. All had passed difficult entrance examinations in grammar, math, U.S. history, and geography. The college's founder, Mary Lyon, knew from experience how hard it was for young women of modest means to get an education. She set out to establish an affordable school that would offer women the chance to study the same curriculum as men. After two years of tireless fundraising, she was ready for the first students. She instructed each of them to bring with her a Bible, an atlas, a dictionary, and two spoons.

Although female academies did not offer the full classical curriculum available to boys, some did teach enough history, philosophy, modern languages, and natural sciences to prepare women to be teachers themselves. 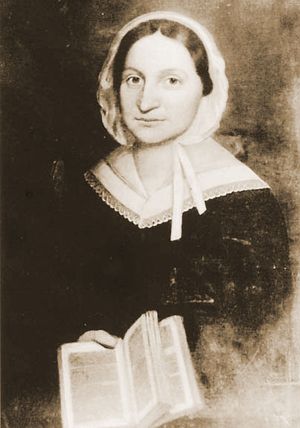 Mary Lyon's early life was hard. She was born in 1797 on a remote farm in the western Massachusetts town of Buckland. When she was five her father died, leaving her mother to raise seven children and manage a 100-acre farm. Eight years later, her mother remarried and moved the family to her new husband's home — all except 13-year-old Mary and her grown brother, Aaron, who remained on the farm in Buckland. The teenager was responsible for all the cooking, baking, cleaning, laundry, dairy work, textile production, and food preservation. She received $1.00 a week and her room and board. Mary Lyon would be self-supporting for the rest of her life.

Despite the hardships of her youth, Mary dreamed of getting an education. Until her mother remarried, Mary had attended the local district school, where she proved to be a gifted student. Although she had to leave school at age 13, her reputation as a scholar remained. At 17, the nearby town of Shelburne Falls offered her a job as a teacher. She earned 75 cents a week and, as was the custom at the time, took turns boarding with families in the district.

Eight years later, her mother remarried and moved the family to her new husband's home — all except 13-year-old Mary and her grown brother, Aaron, who remained on the farm in Buckland. 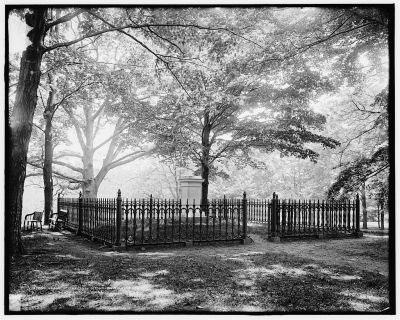 Teaching fired Mary's desire to learn. In colonial Massachusetts, women's schooling rarely encompassed more than the basic skills of reading and writing; in fact, only a small percentage of men were privileged enough to attend the grammar schools that prepared students for college. But Mary Lyon was fortunate to be born just as the Revolution was creating new opportunities for young women with academic aspirations. The number of private academies in Massachusetts cities and towns was growing rapidly. Most provided boys with the education in history, philosophy, modern languages, and natural sciences that would equip them to be good citizens and wise voters. But since women, too, had a role to play as "mothers of the Republic," schools for girls were also founded.

Mary Lyon desperately wanted to attend such a school. Although female academies did not offer the full classical curriculum available to boys, some did teach enough history, philosophy, modern languages, and natural sciences to prepare women to be teachers themselves. These schools were expensive, but by the early 1820s, Mary Lyon had saved enough money (helped by a small inheritance) to enter a female academy in Byfield. Shortly after completing her own education, she opened the Buckland Female School and taught at the Ipswich Female Seminary. After leaving Ipswich in 1834, Lyon developed the founding curriculum for Wheaton Female Seminary (now Wheaton College) and advised their founders on rules and hiring teachers.

Determined that the college would be accessible to women without wealth, she undertook an exhausting fundraising campaign that would reduce the cost of tuition.

Mary Lyon's bold dream was to establish an entirely new kind of institution — a women's college with a curriculum similar to what was available to men. Mount Holyoke's first students would not study Latin or Greek, but they would take rigorous courses in logic, natural history, English literature, and advanced mathematics. Making her dream a reality meant overcoming formidable obstacles, both ideological and practical. In spite of the growth of educational opportunities for women, the conventional wisdom still held that higher education was both unnecessary and harmful to women. Along with a small group of other educational pioneers, Lyon challenged those assumptions.

Determined that the college would be accessible to women without wealth, she undertook an exhausting fundraising campaign that would reduce the cost of tuition. For two years, she crisscrossed the state soliciting donations, which she deposited in a green velvet purse that became a symbol of her determination. All the while, she braved criticism that her behavior was "unladylike" and her cause subversive.

By 1836 Lyon had the resources she needed to move forward. The citizens of South Hadley offered a parcel of land and the promise of financial support. Work began on the first building. Always concerned about cost, she determined that it be "plain, though very neat." She was more specific in describing the internal plan. The seminary would be one building, designed on the model of a private dwelling, with public spaces below and bedrooms above.

Her students would, she resolved, be capable of "clear thought and self-directed action towards righteous ends."

To save on expenses, students would spend a portion of each day doing domestic work. Students and faculty would function as a family. Teachers would act as surrogate mothers. Every moment of the day was assigned to a specific task; rules dictated the precise time to rise in the morning and put out the lamps at night. Every 15 minutes throughout the day, bells would ring, summoning the students to their next activity.

Mary Lyon was convinced that strictly imposed discipline, combined with intellectual mastery and religious faith, would prepare Mount Holyoke students to take control of their lives and use their education to improve themselves and the world around them. They would, she resolved, be capable of "clear thought and self-directed action towards righteous ends."

By the time she died in 1849, Mount Holyoke was firmly established with a curriculum, campus, and endowment that ensured its survival. By the 1850s, more than 250 women were enrolled. Early graduates went on to found "daughter" seminaries across the country, multiplying the work of Mary Lyon many fold. Later alumnae include Secretary of Labor Frances Perkins, Connecticut's Ella Grasso, the first woman elected governor in her own right, and playwright Wendy Wasserstein.

The seminary officially became a college in 1889.

Alma Mater: Design and Experience in the Women's College from Their Nineteenth-Century Beginnings to the 1930s, by Helen Lefkowitz Horowitz (Beacon Press, 1984).