…. Since I am here, I learn of the approaching "Niagara [Movement]" convention, to be held here. My intent has been to return here in any event. Now, I seem to see a chance to be present, as a spectator, and perchance have an opportunity to say a word, in reconcilement of apparently conflicting elements, which at the present time, of all others, ought to be completely in harmony, to be effective. Will you be north again before this Niagara meeting? If so, can you not let me know, in advance, so that we can have a private talk over the situation. I should consider it a privilege to have a chance to hold up your hands—did you really need it, or, at any rate, do some thing to reciprocate your consistent friendship of twenty-two years standing….

My dear Prof. Greener: I have just received your telegram. There are some facts which I wanted to put before you before that meeting, but I suppose it will do just as well to see you afterward.

You will find, in the last analysis, that the whole object of the Niagara Movement is to defeat and oppose every thing I do. I have done all I could to work in harmony with [W.E.B.] Du Bois, but he has permitted Trotter and others to fool him into the idea that he was some sort of a leader, consequently he has fritt[er]ed away his time in agitation when he could succeed as a scientist or soc[i]ologist.

I hope that you will spare no pains to get on the inside of everything. I appreciate very much the spirit and the object of your letter of a few days ago, and I shall trust your judgment.

Greener is an important first in African American (and Massachusetts) history. However, your lead title needs to be corrected ... he did not graduate on this date. Thanks for your story on this anniversary of his birth! ------------------------- Yvonne Powell
Typos

"Claimed that the young man had faked his own attack, the Academy moved..." ("Claiming that...") "practical work in the trades and profession" ("professions") "Links: Correspondence between Richard T. Greener to Booker T. Washington" (Either "between R.T.G. and B.T.W.," or "from R.T.G. to B.T.W.")
Login

On this day in 1844, Richard Greener, the first African American graduate of Harvard, was born. Born in Philadelphia, his mother moved the family to the Boston area in search of educational opportunities for her children. Greener attended school in Cambridge until age 14, when he began working as a night watchman to support his family. He impressed his employers with his intelligence, and with their financial support, completed college preparatory courses and entered Harvard. After graduating with honors in 1870, he began a successful academic career. Greener later distinguished himself as a lawyer and foreign service officer. Throughout his life, Greener faced painful choices about how best to survive and prosper in a country that denied people of color respect and equal rights.

When he returned to the United States in 1905, Greener was immediately caught up in the conflict between his old friend, Washington, an essentially conservative reformer, and the younger, more radical W.E.B. DuBois. 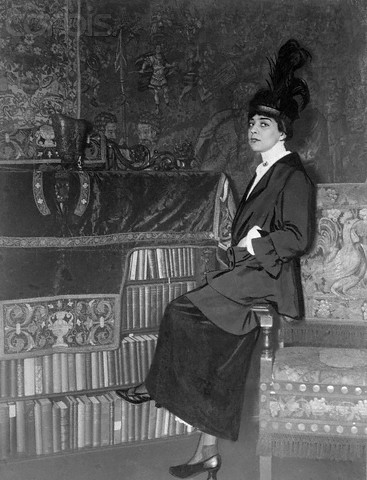 Richard Theodore Greener graduated from Harvard College in 1870, the first African American to do so. Gifted, hardworking, and ambitious, Greener followed this achievement with a lifetime of accomplishment as an educator, scholar, lawyer, politician, and diplomat. He also contended with painful choices about how best to survive and prosper in a country that denied people of color respect and equal rights.

Greener was born in 1844 in Philadelphia. After his father disappeared in Gold Rush-era California, his mother moved the family to the Boston area in search of educational opportunities for her children. Richard attended a Cambridge school until he was 14, when he left to help support his family.

While working as a porter and night watchman, Greener impressed his employers with his intelligence. They arranged for him to be admitted to the college preparatory program at Oberlin. After three years there, Greener returned to Massachusetts and completed his college preparation at Phillips Academy in Andover. With financial support from a group of wealthy Bostonians, Richard Greener entered Harvard in the fall of 1865, at the age of 21. A prize-winning student, he graduated in 1870.

Greener followed this achievement with a lifetime of accomplishment as an educator, scholar, lawyer, politician, and diplomat.

For the next several years, Greener was a teacher and administrator at segregated schools in Philadelphia and Washington. At the same time, he wrote articles for The New National Era, edited by Frederick Douglass.

In 1873 Greener accepted a position as Professor of Mental and Moral Philosophy at South Carolina College (later the University of South Carolina), where he also assisted in Latin, Greek, mathematics and constitutional history classes. At the close of the Civil War, South Carolina had been the first college in the South to admit black students. The school's first African American faculty member, Greener established a reputation as a brilliant scholar and teacher. In 1877, however, white conservatives regained power in South Carolina and closed the integrated college. When it reopened, it was an agricultural school for whites only. Greener and all other faculty members who had taught black students were dismissed.

Richard Greener had earned a law degree while teaching at SCC. In 1877 he moved to Washington, D.C. and joined the faculty of Howard University Law School; two years later, he was appointed the school's dean. He left Howard in 1881 to open a private law practice and soon became known for defending victims of injustice and discrimination. One of his most famous cases involved a black West Point cadet who was found beaten, mutilated, and tied to his bed. Claiming that the young man had faked his own attack, the Academy moved to expel and court-martial him. Greener mounted a skillful defense, but the power of West Point and of public sentiment was so great that the student was found guilty and dishonorably discharged from the Army.

He left Howard in 1881 to open a private law practice and soon became known for defending victims of injustice and discrimination.

During his years in Washington, Greener became active in national affairs. He forged a deep and lasting friendship with Booker T. Washington, a leader in the movement to improve the condition of African Americans in the United States. Greener also had friends among white power brokers. His success as an African American professional made him popular with members of the McKinley and Roosevelt administrations. Beginning in 1898, he was appointed to a series of diplomatic positions in India, Russia, and China.

When he returned to the United States in 1905, Greener was immediately caught up in the conflict between his old friend, Washington, an essentially conservative reformer, and the younger, more radical W.E.B. DuBois.

Booker T. Washington advocated training black men for practical work in the trades and profession; this, he believed, was the best way for African Americans to attain economic security and, eventually, to earn the respect of whites. W.E.B. DuBois, born in the Berkshires and the first African American to earn a Ph.D. from Harvard, had a different view. He embraced higher education, agitation, and protest as a way of bringing about racial equality. He was openly critical of Washington's position and insisted that black Americans demand and be prepared to fight for social, economic, and political equality. The black leadership split into two factions.

Greener anguished before throwing his support to Washington, his friend of more than 20 years.

Greener anguished before throwing his support to Washington, his friend of more than 20 years. He even became a sort of spy, attending meetings of the Niagara Movement, organized by DuBois in 1905, and reporting back to Washington. When this was discovered, Greener found that both sides mistrusted and rejected him. Without a meaningful role to play in the struggle for black empowerment, he retired to Chicago where he lived alone until his death in 1922.

His wife had divorced him in the 1890s and taken their children to live in Princeton, N.J. Light-skinned and green-eyed, Mrs. Greener dropped the final "r" in the family name; she and the children began to pass as white.

His daughter Belle became, in the words of her biographer, "arguably the most powerful woman in the New York art and book world." Beginning in 1906, she was employed by financier J. Pierpont Morgan to organize his world famous collection of rare books and manuscripts and later to run his museum and library. Her reputation as "both society girl and serious scholar" rested on distancing herself from her father—and her race.

Letter from Richard Theodore Greener to William Lloyd Garrison, May 1, 1879

On this day in 1845, the Massachusetts legislature guaranteed that every child in the state would have access to a public school. One source of pressure on the lawmakers was a petition submitted by a...