If Aaron Feuerstein can pull off his latest miracle, he will have written another improbable chapter in his own amazing story. But more importantly it could mean two things that Massachusetts desperately needs: saving good-paying manufacturing jobs and building affordable housing. Money, of course, is what stands in the way. But for the giant creditors like General Electric that now own Malden Mills, the money is chump change.

Even chump change, it turns out, is too much.

Consider the numbers. Tomorrow, Feuerstein, the man who became a national hero when he refused to lay off his workers following the fire that destroyed his mill just before Christmas 1995, and his new partner, Boston developer Winn Cos., are expected to formerly deliver their proposal to buy the Lawrence textile company and build 600 units of housing in the abandoned mill that sits beside the state-of-the-art factory Feuerstein built after the fire. They are expected to offer about $75 million for Malden Mills, or about $18 million less than the creditor's group said it was willing to resell the company to Feuerstein for as it came out of bankruptcy in August.

That would cost GE, Malden Mills's largest equity holder, an additional $2.7 million. To repeat: It would cost GE $2.7 million. Last year the company made a profit of $14 billion, meaning it earned $2.7 million every hour and 45 minutes a day last year, or in less time than it takes you to watch a movie at home. It is also less than half the $6.9 million in bonus and salary GE paid its chief executive, Jeffrey Immelt, last year.

GE's response? The Feuerstein-Winn offer is "far too low an amount to be acceptable," a spokesman for GE Corporate Financial Services told me yesterday. This from the company that brings good things to life. Feuerstein wouldn't comment.

At 77, Feuerstein is a folk hero, a businessman with a heart, to many of us. But to many in business he is nothing short of nuclear waste. He uses his bully pulpit on "60 Minutes" or the front page of The Wall Street Journal to make anyone who stands in his way look bad, and to get what he wants, his critics say.

Good for him. In a world where the mantra is lower costs and higher profits, Feuerstein uses what he has, and what he has is the appreciation of a nation that saw one executive stand by his workers in a way that few would. Feuerstein is flawed - his overbuilding after the fire helped put his company back into bankruptcy - but no one doubts the man's heart.

Right now Feuerstein sees an opportunity to buy back his textile plant and build housing in Lawrence, one of America's poorest cities. Feuerstein and Winn make an oddly complementary pair: Winn brings capital and housing know-how, and Feuerstein's goodwill could be a powerful magnet in attracting highly competitive government dollars. If the creditors say no and Winn walks, the entire Merrimack Valley will have lost a precious opportunity.

To say nothing of Malden Mills's 1,200 workers. Their tenuous future was spelled out in a letter from David Orlofsky of Kroll Zolfo Cooper, a workout firm now running Malden, to the US Export-Import Bank, which is considering loan guarantees for the sale of the mill. "It has become clear that a majority of investors or managers charged with running Malden's business would be likely to make the strategic decision to relocate a substantial part of Malden's operations overseas over the next several years," Orlofsky wrote. He added: "By contrast, Malden's current chairman and president, Mr. Aaron Feuerstein, believes that it is not only feasible, but desirable, to maintain manufacturing operations in the United States."

What a concept. No wonder the man makes some people uncomfortable.

On this day in 1995, a massive, wind-whipped fire completely destroyed three buildings at Malden Mills in Lawrence, where the company's signature Polartec fabric was produced. Just two weeks before Christmas, thousands of workers faced unemployment and the fear that the mill's owner would take the insurance money and follow other textile companies south. The next day, company president Aaron Feuerstein announced that he would rebuild in Lawrence, and he promised to keep his employees on the payroll during the time it would take to reconstruct the plant. Venerated as "a man of his word" and "extremely compassionate," Feuerstein became a national folk hero. Sadly, the millions he spent to keep his pledges eventually cost him control of the company his family had owned for three generations.

More than 200 firefighters from as far away as New Hampshire and Boston's South Shore battled 50-foot walls of flame. 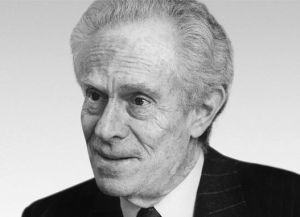 The fire that reduced Malden Mills to rubble on the evening of December 11, 1995 was one of the worst in the state's history. Seven hundred people were at work in the factory when, at a little past 8:00 p.m., a boiler exploded in one of the mill buildings. The explosion was so powerful that it ruptured gas mains; fire quickly engulfed the buildings. Employees fled into the streets; 33 were injured, four of them critically.

Fueled by the chemicals and flammable materials used in textile production, the six-alarm fire gutted the mill complex. More than 200 firefighters from as far away as New Hampshire and Boston's South Shore battled 50-foot walls of flame. Strong, gusty winds and temperatures near zero degrees hampered the effort. The fire raged out of control for much of the night, forcing nearby residents to evacuate. By morning, the once-busy textile complex was a scene of utter devastation.

The fire was a catastrophe for Methuen and Lawrence, the struggling factory towns that were home to many of the mill's immigrant workers. Malden Mills was not just one of the largest employers in the area, it was also one of the best. Owned by the Feuerstein family for three generations, the company had a longstanding reputation for being good to its employees and committed to its community. When most other textile mills moved south to benefit from lower labor costs, the Feuersteins continued to invest in their Lawrence operation. Aaron Feuerstein believed that his father had left him to care for the family business and for the local synagogue; he devoted himself to keeping both afloat.

"He believes in the process of collective bargaining and he believes that if you pay people a fair amount of money, and give them good benefits to take care of their families, they will produce for you."

From the time he took over the company in 1957, Feuerstein became an active player in the community. He extended credit to struggling local businesses, sponsored English classes for immigrant employees, and offered training for textile workers. He took special care of his own workers, making sure they had a safe and comfortable work environment and paying higher wages than most of his competitors. Even union leaders praised him, calling him "a man of his word" and "extremely compassionate." One union official said, "He believes in the process of collective bargaining and he believes that if you pay people a fair amount of money, and give them good benefits to take care of their families, they will produce for you."

Malden Mills was not immune to the hard times that afflicted the New England's textile industry in the mid-1900s, but in 1981 Aaron Feuerstein and his management team found an innovative solution to the company's problems. With the development of Polartec, a synthetic fleece, Malden Mills was able to expand its workforce to 2,300. Clothing made from lightweight and fast-wicking Polartec fleece, worn next to the skin, keeps wearers warm and dry; Time Magazine named Polartec one of the greatest inventions of the 20th century. It has been in high demand by active and outdoor wear marketers such as L.L. Bean, Eddie Bauer, and Patagonia, and has also been adopted for military uses.

"When all is moral chaos, this is the time for you to be a mensch," the Yiddish word for an honorable, decent, compassionate person who embodies justice and strives for righteousness.

But with the mill in ruins, people who did not know Aaron Feuerstein predicted that he would take the $300,000,000 insurance money and re-locate or dissolve the business. His announcement the day after the fire that he intended to rebuild in Lawrence and to continue paying his workers during reconstruction made news all over the country. His generosity brought him international attention and admiration. In January of 1996, with Feuerstein sitting in the presidential box, Bill Clinton acknowledged his actions in the State of the Union address.

Feuerstein, a devout Orthodox Jew, explained that he drew on Jewish tradition when faced with the crisis: "When all is moral chaos, this is the time for you to be a mensch," the Yiddish word for an honorable, decent, compassionate person who embodies justice and strives for righteousness.

It would cost Aaron Feuerstein $25,000,000 to keep his employees on the payroll. The long-term costs were eventually greater than the company could bear. He invested $100,000,000 in addition to the insurance settlement to build a state-of-the-art factory, the first new textile mill in New England in more than 100 years. In 2001 the cost of financing the project forced him into bankruptcy.

"We insist the business must be profitable . . . But we also insist a business must have responsibility for its workers, for the community and the environment."

Feuerstein struggled to maintain family control of the company. He needed to raise $92,000,000 by August of 2003 to satisfy his creditors. He told reporters, "We insist the business must be profitable . . . But we also insist a business must have responsibility for its workers, for the community and the environment. It has a social obligation to figure out a strategy, which will be able to permit workers to make a living wage. There's a responsibility to the workforce, to this community."

Feuerstein's efforts fell short, and he lost control of the company. In July of 2004, Malden Mills Industries, now owned by its creditors, announced that a new CEO had been hired to replace 78-year old Aaron Feuerstein. Three years later, a private-equity firm bought out the bankrupt Malden Mills, renamed it Polartec and continued manufacturing in the Lawrence-Methuen plant. In late 2016, Polartec decided to make the move that Feuerstein resisted: moving manufacturing south, specifically to Tennessee. By April 2017, the Polartec plant was up for auction and Lawrence officials were hopeful that a new owner would contribute to the city's long manufacturing history.