In this and other speeches Ellen Swallow Richards gave, she argued for the importance of including home economics in the school curriculum. She believed that teaching young women the science of housekeeping would make them both more efficient and more satisfied homemakers.

It is often stated that our educational system unfits the girls for their work in life, which is largely that of housekeepers. It cannot be the knowledge which unfits them. One can never know too much of things which one is to handle….

Can a cook know too much about the composition and nutritive value of the meats and vegetables which she uses? Can a housekeeper know too much of the effect of fresh air on the human system, of the danger of sewer gas, of foul water?…

We must awaken a spirit of investigation in our girls, as it is often awakened in our boys, but always, I think, in spite of the school training. We must show to the girls who are studying science in our schools that it has a very close relation to our every-day life. We must train them by it to judge for themselves, and not to do everything just as their grandmothers did, just because their grandmothers did it….

But if you are asking, what has all this to do with domestic economy? Everything, I answer, because if you train the young housekeeper to think, to reason, from the known facts to the unknown results, she will not only make a better housekeeper, but she will be a more contented one; she will find a field wide enough for all her abilities and a field almost unoccupied. The zest of intelligent experiment will add a great charm to the otherwise monotonous duties of housekeeping.

From "Chemistry in Relation to Household Economy," quoted in The Life of Ellen H. Richards, by Caroline L. Hunt (Whitcomb & Barrows, 1912).

Did Ms Swallow ever receive her doctorate?
Login

On this day in 1875, Ellen Swallow married M.I.T. Professor Robert Hallowell Richards. Three days later, they set off on a wedding trip to Nova Scotia — accompanied by Robert Richards's class in mining engineering. When they returned to Cambridge, Ellen Swallow Richards began working to create a Woman's Laboratory at M.I.T. She was herself the first woman admitted to any scientific school in the United States and the first female graduate of M.I.T. When the Institute became fully coeducational in 1883, the Woman's Laboratory was closed. The following year Ellen Richards was appointed to the faculty as an instructor. Over the next quarter century, while continuing to promote scientific education for women, she founded the new field of home economics.

In 1884 M.I.T. established the nation's first chemical laboratory for the study of sanitation, and appointed her to the faculty as an instructor in sanitary chemistry, a position she held until her death in 1911. 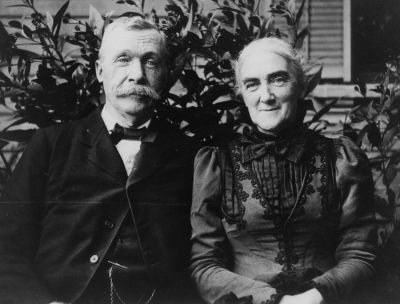 Growing up in rural Massachusetts before the Civil War, it is unlikely young Ellen Swallow ever imagined that she would someday write a book called Laboratory Notes on Industrial Water Analysis: A Survey Course for Engineers. But increasing educational opportunities for women and her own drive helped Ellen Swallow Richards break new ground for women in science.

Born in 1842 in Dunstable, a village near the New Hampshire border, Ellen Swallow was the only child of well-educated parents and received most of her early education from them.

In 1859 the family moved one town over to Westford, where her father opened a store. Ellen studied mathematics, French, and Latin at the local academy, while also helping her father in the store. Four years later, the family moved again — this time to Littleton, which was close enough to Worcester for Ellen to attend occasional lectures there.

Ellen Swallow longed to continue her formal education, but there was no money to spare. It was not until 1868 when she was 25, that she had saved enough money from her own teaching to enter Vassar College.

Vassar's founders designed it as a "college for young women which shall be to them, what Yale and Harvard are to young men." 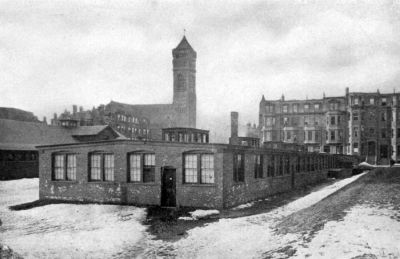 Opened in September of 1865, Vassar's founders designed it as a "college for young women which shall be to them, what Yale and Harvard are to young men." The main building included not just music rooms and an art gallery, but rooms outfitted for the teaching of science. In this stimulating environment, Ellen Swallow discovered she had a keen interest in and aptitude for science, especially astronomy and chemistry.

When she graduated in 1870, she tried to find a job as a chemist, but there were none to be had, at least not for a woman. She decided to continue her study of chemistry and was accepted as a "special student" at the recently founded Massachusetts Institute of Technology. M.I.T. charged her no tuition, which she initially believed to be an effort to assist a poor student. Later she learned that it was so the president could say she was not a student, "should any of the trustees or students make a fuss about [her] presence."

She received a BS from M.I.T in 1873 and continued her studies at the Institute for another two years. She never received the doctorate she hoped for reportedly because "the heads of the department did not wish a woman to receive the first D.S. in chemistry." While this was a deep disappointment (and a great injustice), the lack of a PhD. did not prove to be much of a hindrance to Ellen Swallow Richards in her work.

. . . in 1876 she established a Woman's Laboratory at M.I.T. — the first laboratory in the world specifically designed to encourage women to pursue scientific study 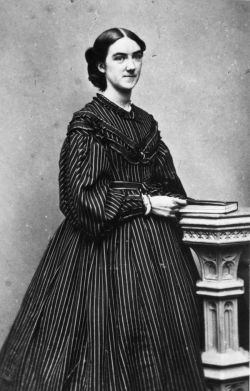 At the time of her marriage to Robert Richards, he was engaged in building the Institute's metallurgical and engineering laboratories. He was supportive of his wife's work, and she used her training in chemistry and her language skills to help him keep up "with all the German and French mining and metallurgical periodicals." They sometimes collaborated on experiments, and Richards took great pleasure when his wife was the first woman elected to the American Institute of Mining and Metallurgical Engineers.

Marriage brought economic as well as emotional stability. The Richardses had no children, and after her marriage, Ellen Swallow Richards was able to devote herself to a cause very close to her heart, the scientific education of women. With funding from the Women's Education Association of Boston, in 1876 she established a Woman's Laboratory at M.I.T. — the first laboratory in the world specifically designed to encourage women to pursue scientific study — and assisted the professor who ran it. She contributed her services and an average of $1,000 a year during the lab's seven years of existence. Training was offered in chemical analysis, industrial chemistry, mineralogy, and biology, subjects many female students were encountering for the first time.

Ellen Swallow Richards's students from the Woman's Laboratory began to gain admission to regular courses at M.I.T. A group of local women raised $10,000 for a new building equipped with chemical laboratories and a parlor and reading room for women students. Once women were no longer relegated to the status of "special students," the Woman's Laboratory was shuttered.

Richards was hardly one to rest on her laurels. In 1884 M.I.T. established the nation's first chemical laboratory for the study of sanitation, and appointed her to the faculty as an instructor in sanitary chemistry, a position she held until her death in 1911. During the next quarter-century, Ellen Swallow Richards devoted most of her considerable energy to the domestic science movement, or what came to be called home economics.

"The quality of life depends on the ability of society to teach its members how to live in harmony with their environment — defined first as the family, then with the community, then with the world and its resources." 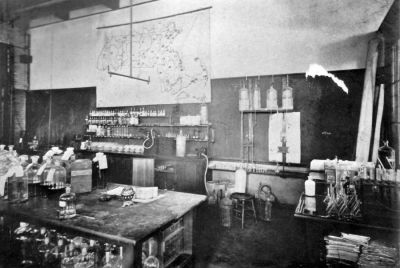 The American middle-class home in the late nineteenth century was undergoing a shift from a center of production to one of consumption. Ellen Richards's own life history and her academic training helped her to understand this change. She believed schools could and should teach the skills that women formerly learned at home. Not only did she do more than anyone else to open scientific education and the scientific professions to women; she also virtually invented the new discipline of home economics.

She developed courses of study, set standards for the training of teachers, organized a professional organization, and edited a journal. The research that she and her colleagues had done clearly showed that exposure to contaminated air, water, food, and soil made people sick. She believed that people had a right to know what they were breathing, drinking, and eating. In a forward-looking speech she wrote, "The quality of life depends on the ability of society to teach its members how to live in harmony with their environment — defined first as the family, then with the community, then with the world and its resources."

In the last decade of her life, she earned a substantial income from teaching, writing, and consulting. When she died of heart disease at the age of 68, she left virtually no estate. She had given all her money away.

Take a self-guided tour of MIT and visit the MIT Museum.

Ellen Swallow Richards' home laboratory was located at 32 Eliot Street in the Jamaica Plain neighborhood of Boston. The house still stands but is not open to the public.

Alma Mater: Design and Experience in the Women's Colleges from their Nineteenth-Century Beginnings to the 1930s, by Helen Lefkowitz Horowitz (Beacon Press, 1984).