Description of picking cotton and taking it to the cotton gin, from Twelve Years a Slave: Narrative of Solomon Northup, a Citizen of New-York, Kidnapped in Washington City in 1841, and Rescued in 1853.

The hands are required to be in the cotton field as soon as it is light in the morning, and, with the exception of ten or fifteen minutes, which is given them at noon to swallow their allowance of cold bacon, they are not permitted to be a moment idle until it is too dark to see, and when the moon is full, they often times labor till the middle of the night. They do not dare to stop even at dinner time, nor return to the quarters, however late it be until the order to halt is given by the driver. The day's work over in the field, the baskets are "toted," or in other words, carried to the gin-house, where the cotton is weighed. No matter how fatigued and weary he may be -- no matter how much he longs for sleep and rest -- a slave never approaches the gin-house with his basket of cotton but with fear. If it falls short in weight -- if he has not performed the full task appointed of him, he knows that he must suffer. And if he has exceeded it by ten or twenty pounds, in all probability his master will measure the next day's task accordingly. So, whether he has too little or too much, his approach to the gin-house is always with fear and trembling.

On this day in 1794, Westborough native Eli Whitney applied for a patent on the cotton gin. Raised on a farm in Massachusetts, he invented a machine that made growing cotton so profitable that the South became a "cotton kingdom" based on the labor of thousands of enslaved men and women. After nearly a decade in the South, Whitney returned to New England and developed what became known as the "American System" of manufacture. He designed machines that turned out standardized, interchangeable parts. These machines made mass production possible and were critical to the coming Industrial Revolution. Eli Whitney's innovations transformed the economy first of the American South and later of the North.

Eli Whitney was still a teenager when he became the New World's sole manufacturer of hat pins. 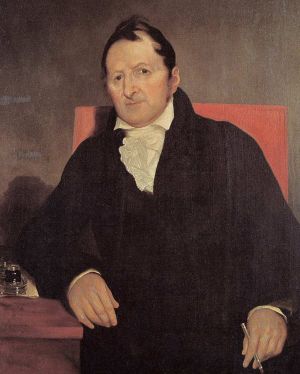 After Thomas Edison and Alexander Graham Bell, Eli Whitney is probably the inventor whose name is most familiar to Americans. Although it may overstate the case to call him, as many textbooks do, the "Father of American Technology," Whitney was a true genius. He had the ability to observe the world around him, identify a need, and devise a way to meet it.

His inventions helped to transform the economies of both the South and the North in the early years of the Industrial Revolution. Economic change produced a dramatic change in the nature of work.

Born in 1764, Eli Whitney grew up on a farm in Westborough, Massachusetts. He demonstrated mechanical aptitude from an early age. By his early teens, he was already a skilled blacksmith. When the Revolutionary War caused a shortage of nails, he showed that he also had an entrepreneurial spirit. He began specializing in nails, developed a nail-making machine, and then diversified into hat pins. Eli Whitney was still a teenager when he became the New World's sole manufacturer of hat pins. It was the first of his many business successes.

. . . his first model failed, and it took several more months of work to perfect his invention. 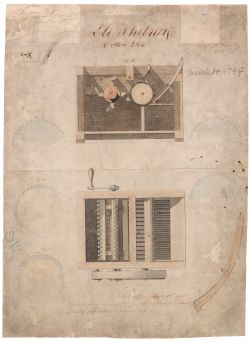 When the war ended, the mechanically-minded farm boy wanted to go to college. His father could not afford the tuition, so he worked his way through Yale. Much to his disappointment, Yale disdained engineering as a practical art and did not teach it. After his graduation in 1792, his only option was to accept a job as a tutor on a southern plantation to pay off his school debts.

Whitney arrived in the South to find that the job he had been promised had fallen through. His misfortune provided him with an opportunity. He became acquainted with the widow of the revolutionary hero Nathaniel Greene. Catharine Greene invited him to stay at her South Carolina plantation and urged him to make himself useful.

He saw at once that inland cotton plantations were struggling to survive. Only short-staple cotton with sticky green seeds could be grown, and it took so long to pick the seeds from the cotton manually that the crop was not profitable. Once again, Eli Whitney observed a need and worked out a technical solution.

The myth is that Whitney designed the cotton gin ("gin" is short for "engine") in ten days. The reality is that his first model failed, and it took several more months of work to perfect his invention. The machine was simple. It worked by pressing raw cotton against a mesh screen; the screen caught the seeds, and wire hooks on the other side pulled the cotton through. A moving brush collected the cleaned fibers.

Whitney proposed to create tools that worked like the plates of a printing press, turning out large numbers of exact copies of each part.

In 1793 Whitney gave a public demonstration showing that his gin could clean as much cotton in one hour as a crew of enslaved people could in a whole day. The machine was an instant success. Farmers rushed to plant their fields with green seed cotton. Beginning in 1800, the amount of raw cotton grown doubled each decade, until by mid-century the American South was producing three-quarters of the world's supply.

The gin reduced the need for manual labor to pick the seeds, but it increased the number of cotton plantations and the need for field labor. The enslaved population of the South grew dramatically between 1800 and the Civil War.

On March 14, 1794, Whitney received a patent for his gin. Because the American patent system was relatively new and untested — Whitney's patent was number 72 — he found it difficult to keep competitors from copying his simple machine. By 1798, in debt and disillusioned, he returned to the North and began a new venture — mass-producing muskets for the federal government.

Whitney once again recognized a technological need and devised a way to address it. Fearing it was about to face a war with France, the new nation needed arms. Whitney proposed to mass-produce muskets. Firearms had previously been made one at a time by skilled craftsmen who fashioned each part individually. Whitney proposed to create tools that worked like the plates of a printing press, turning out large numbers of exact copies of each part.

Just as the cotton gin transformed work on southern plantations, the American System transformed the nature of work in the North.

Not only did this method allow for faster production, but parts could be interchanged between muskets, so that damaged weapons could easily be repaired. Muskets made of standardized parts produced by machines could be turned out in factories employing semi-skilled laborers rather than skilled craftsmen.

In January of 1801, Whitney traveled to Washington. President John Adams, Vice President Thomas Jefferson, and other notables watched as he laid out the machined parts of prototype gunlocks. He assembled them quickly, demonstrated how the parts could be easily interchanged, and invited his distinguished audience to do the same. The officials were astonished — and convinced. The government awarded Whitney a contract to produce 15,000 muskets.

The mass production of standardized parts in assembly-line fashion by specialized machines and unskilled labor became known as the "American System." The full flowering of the American System did not occur until the 1840s, 15 years after Whitney's death.

Just as the cotton gin transformed work on southern plantations, the American System transformed the nature of work in the North. Regimented labor replaced skilled artisan production. American workers entered a new era; from now on, the clock and the machine would control their work.

The National Archives’ We the People Digital Classroom has a unit on “Eli Whitney and the Need for an Invention.” American Society of Mechanical Engineers Biography of Eli Whitney

"Eli Whitney and the American System of Manufacturing," by Merritt Roe Smith, in Technology in America: A History of Individuals and Ideas, ed. by Carrol W. Pursell, Jr. (M.I.T. Press, 1981).