Excerpt from Science and Health by Mary Baker Eddy

The body is supposed to say, "I am ill." The reports of sickness may form a coalition with the reports of sin, and say, "I am malice, lust, appetite envy, hate." What renders both sin and sickness difficult to cure is, that the human mind is the sinner, disinclined to self-correction, and believing that the body can be sick independently of mortal mind and that the divine Mind has no jurisdiction over the body.

Why pray for recovery of the sick, if you are without faith in God's willingness and ability to heal them? If you do believe in God, why do you substitute drugs for the Almighty's power, and employ means which lead only into material ways of obtaining help, instead of turning in time of need to God, divine Love, who is an ever-present hell?

The Scriptures say, "They that wait upon the Lord…shall run, and not be weary, and they shall walk, and not faint." The meaning of the passage is not perverted by applying it literally to moments of fatigue, for the moral and physical are as one in their results. When we wake to the truth of being, all disease, pain, weakness, weariness, sorrow, sin, death, will be unknown, and the mortal dream will forever cease.

From Science and Help with Key to the Scriptures, by Mary Baker Eddy

I sadly feel that you missed the mark on Mary Baker Eddy and Christian Science. After reading your article, one is was left to believe that Mary Baker Eddy was a pioneer for women. Having been raised in a Christian Science family, I can tell you that Mary Baker Eddy's religion is extremely dangerous at its worst and narcissistic at its best. I'm sorry that you did not mention any of the controversy over her version of Christianity and that children and family members have died while their well meaning family stands by watching and waiting for a healing that never comes. It is a well known fact that a good outlook is good for your health. Mary Baker Eddy takes this principal to the extreme, imperiling the health of adherents and their family members.
Christian Scientist Dedicate Mother Church

I'm sorry that the writer of the previous comment had such an unhappy experience with Christian Science. This was quite a different experience from my own. After having tried many religions and philosophies during the first 40 years of my life, none of which met some of my deepest needs, I explored Christian Science. I read the book Science and Health with Key to the Scriptures written by the religion's founder Mary Baker Eddy, and in the process was healed of physical problems that had troubled me for many years. The change for the better in my consciousness and in my life has been humbling and gratifying, to say the least. I realize that no method of healing can claim a 100% success rate by those who practice it. Still, from what I have experienced, and from what many of my friends who practice this religion have experienced, the record of healing is an encouraging one. Ken Girard Christian Science Committee on Publication for Massachusetts Boston, MA
Login

On this day in 1906, the recently enlarged Mother Church of Christian Science was dedicated in Boston. The original building seated only 1,000 people, and the church's growing popularity created the need for more space. The addition tripled the seating capacity. The dramatic white structure with its landmark dome stands at the heart of the Christian Science complex. It is a visible testament to the life of Mary Baker Eddy, author, healer, publisher, religious reformer, and founder of Christian Science. The book she wrote to explain the principles of Christian Science, Science and Health with Key to the Scriptures, went through 382 editions during her lifetime. It has sold more than 10 million copies and been translated into 16 languages as well as Braille.

She was better educated than most girls at the time, having attended school for several years and been tutored in Hebrew, Latin, and Greek by her brother, a student at Dartmouth College. 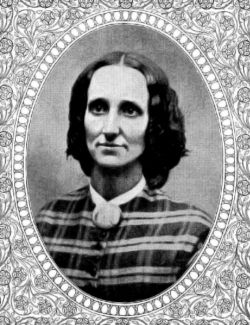 When Mary Baker Eddy founded a new religion, few would have predicted that over a century later, The Church of Christ, Scientist would have over 2,000 branches around the world and members in 39 countries. Her success was a reflection of her willingness to defy convention: she challenged women's subordinate role and the expectation that they would exercise their influence strictly in the domestic sphere. Her ideas threatened both the medical and clerical establishment.

Born in 1821 on a farm in Bow, New Hampshire, Mary Baker was a frail child. Although she was deeply religious, she rejected her parents' belief in the Calvinist doctrine of predestination and eternal punishment. She was better educated than most girls at the time, having attended school for several years and been tutored in Hebrew, Latin, and Greek by her brother, a student at Dartmouth College.

Her early adulthood was filled with adversity. In 1841 her favorite brother died. She married in 1843 but was widowed six months later and returned home to give birth to her son, George. Her health got worse, and she had little contact with her child. She became engaged to marry again, but in 1849 both her fiancé and her mother died. Two years later, Mary's sister offered her but not George a home, and her son went to live with a family in North Groton, NH.

She concluded that his healing was a result of his powerful personality rather than "some divine principle." 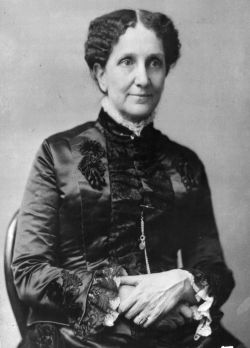 When Mary remarried in 1853, she hoped she would now be able to provide a home for her son. Sadly, Daniel Patterson, an itinerant dentist, proved a poor choice. Not only did he renege on his promise to have George join them, he proved to be a philanderer as well. Beset by financial difficulties, he traveled often and eventually deserted Mary completely. In 1856 George's foster family moved to Minnesota, taking him with them. Mary would not hear from her son again until 1861, the year he ran away from home to join the army; she did not see him until 1879.

For the six years that followed George's move, Mary Baker Patterson rarely left her bed. Finally in 1862, she sought the help of Phineas Parkhurst Quimby, an unconventional doctor in Portland, Maine. Initially his technique — a combination of mental healing and therapeutic touch — produced a dramatic improvement in her health.

But the change was short-lived. While she continued to see Quimby, it was as much to learn about his methods as for treatment. She concluded that his healing was a result of his powerful personality rather than "some divine principle." It seems likely however, that Quimby had a significant influence on the healing practices she later developed.

Long interested in the relationship between mental and physical well-being, she was now determined to discover why the healing had occurred and how she could heal others.

In 1866, Mary Baker Patterson rented three rooms in a house in Swampscott, Massachusetts. She was alone, almost penniless, and once again in poor health. Although she lived there for just six months, it was during this time that she had a transformative healing experience. On a winter's day in early February, she went to a temperance meeting in Lynn. She slipped on ice, fell, and lost consciousness. Friends carried her to a nearby home, and the doctor who examined her noted spinal injuries and suspected other internal ones, too.

She woke the next morning, paralyzed. She later related how she reached for the Bible, let it fall open and then read the passage before her — Matthew 9:2, which describes one of Jesus's healings. She immediately felt warmth come back into her limbs, got up, dressed herself, and walked into the next room. She would later refer to this as the moment she "discovered Christian Science."

Not only did she recover from her fall, but for the first time in decades, Mary Patterson was healthy. Long interested in the relationship between mental and physical well-being, she was now determined to discover why the healing had occurred and how she could heal others.

For the next three years, she devoted herself to studying the scriptures and then began to speak and write about her ideas. She taught classes to small groups, did some healing work, and relied on the charity of friends for her subsistence.

With 15 of her followers, she organized "a church . . . which should reinstate primitive Christianity and its lost element of healing."

Between 1866 and 1875, she moved more than 30 times. Finally, in 1875, she bought a home in Lynn. That year financial backing from two of her students allowed her to publish Science and Health. The book explained the "divine laws" she believed underlay Jesus's healings. She would revise it 50 times over the course of her life. (After the third edition, she renamed it Science and Health with Key to the Scriptures.) This text, together with the Bible, serve as the "pastors" of the church, which has no ordained clergy.

Divorced from Daniel Patterson in 1873, Mary married Asa Gilbert Eddy four years later. In 1879, she held the first Church of Christ, Scientist services in their parlor. With 15 of her followers, she organized "a church . . . which should reinstate primitive Christianity and its lost element of healing." She taught classes in healing and in 1881 established the Massachusetts Metaphysical College.

The new religion attracted so many adherents that by 1890, the Church of Christ, Scientist had 90 societies, at least 250 practitioners and 33 teaching centers around the country. But with all the success, these years were also marred by disputes between Eddy and her former students, challenges to her authority, disagreements over doctrine, and numerous lawsuits.

Nevertheless, Mary Baker Eddy continued to write and publish and worked tirelessly at creating a governing structure that would ensure the future of Christian Science. In 1908, at the age of 87, in one last "unladylike" act, she founded the Christian Science Monitor newspaper. Its purpose was "to injure no man, but to bless all mankind." She died two years later, having created and organized one of the few lasting religious movements in the history of the United States.

Eddy's home in Swampscott is owned by the Longyear Museum and is open to the public.

The Mary Baker Library for the Betterment of Humanity includes the famous "Mapparium," interactive exhibits, and a research library.

On this day in 1638, Anne Hutchinson was expelled from the Massachusetts Bay Colony. Three years after arriving in Boston, she found herself the first female defendant in a Massachusetts court. When she held prayer...

On this day in 1841, the Shakers in Harvard reported a spiritual visit by their long-dead founder Mother Ann, "Holy Angels," and "ancient Saints and departed spirits." Shaker communities across New England were receiving such...