The Chinese at North Adams

Rev. W. J. Potter a recent visitor at North Adams, Mass gives the following interesting account of the Chinese Colony of shoe makers at that place, in the columns of the Toledo Index:

Soon after reaching North Adams we sought the “Chinese quarter.” At present this is confined to the factory and grounds were the Chinamen are employed. A portion of the large brick building is given up to them for their domicil [sic]; and the two or three acres of pleasant grounds surrounding the building serve them for gardening and recreation. They are permitted, of course, to go out as freely as any workmen, but they choose for the most part to stay within the fences of their establishment. They still fear, and not without some reason, that they may suffer insult, if not worse injury, should they stray far away from their home. The Crispins do not acquiesce in the “situation” yet; and some of them, we are told, were ready to commit any outrage upon the Chinamen if a convenient opportunity should present. The citizens generally, however, seem disposed to treat the newcomers kindly, and in the daytime the Chinese go freely and alone to the stores of the village, and on Sundays venture out in groups for longer walks.

It was after the work of the day was finished when we went to the shoe factory. But this gave us an opportunity all the better for noting the natural characteristics of this new class of laborers. The larger portion of them were out in the yard. Some were collected in little groups chatting together. Others were sauntering off singly in a contemplative sort of mood. A few were hoeing in the garden, in which they show a good deal of skill. One or two were smoking, though in a very mild way. And some fifteen or twenty were playing ball; and from the sounds of merriment that came from their direction, they were evidently enjoying the sport hugely. In company with other curious lookers-on we entered the grounds to have a nearer view. There was not much system about the game of ball. It seemed to be more a general frolic with the ball, any one catching it who could, and throwing again, than a game with fixed rules. There was no such earnest work about it as in American games of ball, no such striving for some definite end, but it was all frolic and fun. The players were not only playing ball, but they were playful with one another; and the most trifling incidents of humor were sufficient to call forth shouts of laughter. They seemed like children overflowing with glee, and having a good time on very small resources. The characteristic, indeed, that first impressed us in all these people that we saw there, whatever they were doing, was their air of joyous contentment. It was more than satisfaction or serenity; it was the child’s delightedness with the thing in hand. And we were told that when at work they show the same playful good humor; are not silent, as American workmen are apt to be, but are always chatting and laughing, as if their work was play too. Another noteworthy feature in this playful scene was the absence of the roughness, scuffling, mock-quarrelling, and maneuvering, for personal advantage, that are so indigenous to a crowd of American boys and young men. They were hilarious and even boisterous, but at the same time showed the utmost courtesy, gentleness and good temper. And we were assured by Mr. Sampson, the proprietor of the factory, in an interview the next day, that they were uniformly kind, docile and peaceable, causing no trouble in the management of the establishment. . . .

does anyone have info about early east asian immigration to massachusetts? i know about the chinese railroad workers arriving in 1869 (of course, more info is always welcome), but i am particularly interested in even earlier arrivals. for instance, because of the "china trade", were east asians living here back then?
asian immigration

I would suggest that you see what Peabody Essex Museum has on this. Just a hunch that since they have so much of the early china trade collection, they may also have knowledge of small migrations (probably temporary) associated with the clipper ships going back and forth.
salary calculation

On this day in 1870, a train arrived in North Adams with 75 young men from China hired to replace striking shoe workers. Over 2,000 people watched as the men walked to the factory under police escort. The crowd was hostile, but there was no violence. The Chinese proved to be both cheaper and more efficient than the union shoe workers they replaced. But a Chinese community did not take root in Berkshire County. Within a decade, only five Chinese men remained in North Adams. Small numbers of Chinese could be found living in other Bay State cities, but Boston was the only place in Massachusetts to develop a real Chinatown. For over half a century, the population of Chinatown was almost entirely male. 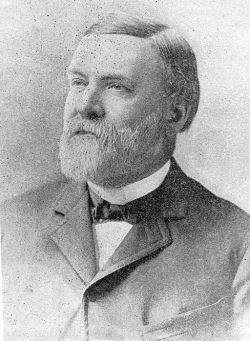 In 1870 North Adams was "one of the busiest little towns, humming and smoking with various industry," wrote Harper's magazine. The population of the northern Berkshire County town had almost doubled in the 1860s. In 1868, which was considered a relatively slow year, North Adams's 38 mills and factories produced $7,000,000 of goods. Low wages and increased mechanization, however, were causing unrest among the workers.

Calvin Sampson founded one of North Adams's most successful shoe factories in 1858. By 1870 it had grown into a thriving business. The first workers were mostly immigrants from Ireland and Canada; the addition of returning Civil War soldiers ensured that Sampson had a ready supply of cheap labor. He paid his 150 workers a total of $5,000 — about $33 each — to turn out 300,000 pairs of shoes a year. As shoemaking became increasingly mechanized, there was less and less need for skilled workers. In an effort to protect their jobs, in 1867 shoemakers formed the Knights of St. Crispin. For a short time, it was the largest and strongest union in the country; by 1870 there were almost 50,000 Crispin members.

Shortly after his arrival in California, Sampson's representative signed a contract to employ "75 steady, active, and intelligent Chinamen" for three years. 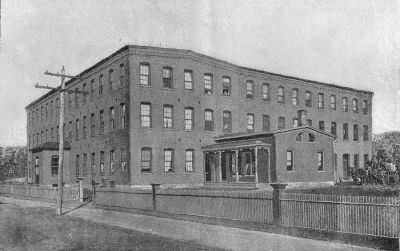 In April 1870, Sampson's employees, all Crispins, struck for higher wages and against the ten-hour day. He promptly fired them. A few days later, he brought in replacements from a nearby town, but union members persuaded the men not to stay. That same day, the superintendent of Sampson's factory left for San Francisco with instructions to return with 75 Chinese laborers.

Shortly after his arrival in California, Sampson's representative signed a contract to employ "75 steady, active, and intelligent Chinamen" for three years. The men were between 16 and 22 years old; they would work 11-hour days (10 ½ in the fall and winter) for 90 cents a day — less than half of the strikers' wages — plus housing and heat, with a small increase in the second and third years. Sampson paid their travel expenses, including return fare to California if they worked three years or more. He was the first American manufacturer to transport Chinese workers east of the Rockies to break a strike.

In an article about the events in North Adams, a Boston newspaper commented that the "most powerful enemy has now been discovered" for the growing "influence of trade unions." Indeed, only ten days after the Chinese arrived in North Adams, workers on strike against other shoe factories voted to return to work with a 10 percent cut in pay. In the months that followed, manufacturers used the threat of Chinese contract laborers both to prevent strikes and end them.

In less than three months, the Chinese men in Sampson's factory were producing more and better shoes than the workers they had replaced.

The union went on the offensive, holding mass meetings in dozens of cities. The one in North Adams drew between 3,000 and 4,000 people. Some labor leaders, journalists, and elected officials directed their anger at the men who imported Chinese immigrants under labor contracts. Many others simply attacked the Chinese as "semi-barbarous strangers to our civilization."

In less than three months, the Chinese men in Sampson's factory were producing more and better shoes than the workers they had replaced. In the first year alone, Sampson realized $40,000 in savings. In 1871 he hired an additional 50. The people of North Adams generally resented and ostracized the Chinese, who understandably kept to themselves. Only a few stayed on when their contracts ended.

Sampson's unprecedented action helped put the question of Chinese immigration and contracted Chinese workers on the national agenda. In 1876 both major political parties included Chinese exclusion in their campaign platforms; in 1882 Congress passed the Chinese Exclusion Act. For the first time in U.S. history, it was illegal for a specific group of people to enter the country. (The last barriers to Chinese immigration were not removed until 1964.)

Beginning in the 1840s, American missionaries arranged for a small number of young Chinese to study in New England, but it is unlikely that anyone in North Adams had ever laid eyes on an Asian before the Chinese workers stepped off the train.

Before the events of June 1870, Massachusetts residents had little reason to think about Chinese immigration. During the late eighteenth and early nineteenth century, when trade between coastal Massachusetts and China flourished, an occasional Chinese sailor could be seen on the streets of Salem or Boston. Beginning in the 1840s, American missionaries arranged for a small number of young Chinese to study in New England, but it is unlikely that anyone in North Adams had ever laid eyes on an Asian before the Chinese workers stepped off the train. The 1870 federal census counted 63,199 Chinese living in the continental United States; 99.4 percent of them were found in the western states or territories.

North Adams never developed a Chinese community of any size, but within a few years, there were a handful of Chinese immigrants living in Worcester and other Massachusetts cities. Only Boston attracted enough Chinese to create a real community. For nearly half a century, the community was made up almost entirely of men, most of whom considered their stay in America to be temporary. In 1903 there were 800 men but only 18 women residing in Boston's Chinatown. As late as 1940, only 70 of the 1,920 residents of the neighborhood were women. After World War II, legal and political changes made it easier for Chinese women to come to the U.S., and the number of women and children in Chinatown increased dramatically.

"Chinamen in Yankeedom: Anti-Unionism in Massachusetts in 1870," by Frederick Rudolph, in "The American Historical Review," October 1947.