CASE HISTORY OF AN ACADEMIC PRODIGY

. . . Last week a student in one for the early Brandeis classes – she is now a suburban Boston matron, mother of two and candidate for a Ph.D. in musicology – recalled the excitement of her undergraduate days. "We were starting a tradition," she said. "When we wrote a new song, we knew it would be remembered as 'early Brandeis.' Everything seemed important for the future."

The same restless excitement pervades the faculty. Lunch tables are argumentative seminars. Dore Schary, the producer, after absorbing the local atmosphere, said it was "a nervous university." When one of the original faculty members heard that the dean had interviewed a certain candidate for a teaching job, he said enthusiastically, "Hire him. There's a man one can fight with." Nobody except the visitor is surprised to find seven one-man art exhibits flourishing in the same month.

Less than a decade after accepting first students

It's been 6 years since Joe Ross pointed out this error. Please fix it! And while you're at it, Brandeis was founded in 1948, not 1947.
Bernstein birthplace

On this day in 1961, Brandeis University received good news. Less than a decade after accepting its first students, the school had been given approval to start a chapter of the prestigious national honor society, Phi Beta Kappa. To this day, Brandeis holds the record for achieving this goal in the shortest time. Founded in 1947 on a campus inherited from the former Middlesex University in Waltham, the college was named for the late Louis D. Brandeis, the first Jewish justice of the U.S. Supreme Court. Its identity would rest, as former university president Jehuda Reinharz said in 1995, "on four solid pillars: dedication to academic excellence, non sectarianism, a commitment to social action, and continuous sponsorship by the Jewish community."

The Brandeis University National Women's Committee was responsible for adding almost 7,500 books to the university library in the first year alone. 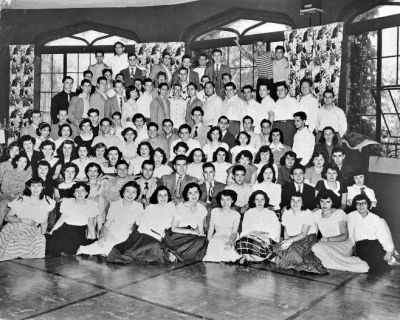 Before the growth of state universities in the late nineteenth century, most institutions of higher education in the United States were founded by religious denominations. Harvard and Yale were established to train Congregational ministers; Princeton began as a Presbyterian seminary; Columbia and William and Mary were linked to Episcopalians, Brown to Baptists. Unwelcome at most Protestant colleges, Catholics and Quakers started their own institutions. It was only after World War II that American Jews had the resources and the resolve to establish a Jewish university.

In the 1840s, the small but growing American Jewish community was concerned that its children could not observe their own religious traditions while attending sectarian American colleges. In 1843 Mordecai Noah, a New York Jew who was an army officer, playwright, politician, and newspaper editor, was the first to propose a Jewish college. His fellow Jews were skeptical; most Christians dismissed the idea out of hand.

Throughout the nineteenth and into the twentieth century, Jews were generous supporters of existing universities. Creating a new college was not a priority. Jewish institutions were far more decentralized than those of other minority groups (such as the Catholics). And from the mid-1800s on, the American Jewish community directed its resources toward meeting the needs of the large number of impoverished Eastern European Jews who were arriving in the U.S. every year.

Middlesex was sometimes the only place a young Jew could attend medical school, and the threat of bankruptcy was especially alarming to the university's Jewish students.

However, in the early 1900s, more and more Jewish families could afford higher education for at least some of their children. Before WW I, many colleges admitted only white Christians. Even when restrictions eased in the 1920s and 1930s, most universities had quotas limiting the number of Jewish students who could attend. The problem was especially acute in medical schools.

In 1946 what began as a misfortune for Jewish students turned into an opportunity. Middlesex University, a medical and veterinary school in Waltham, a mill town nine miles west of Boston, fell on hard financial times. The school's iconoclastic founder and president, Boston surgeon John Hall Smith, had never permitted quotas for Jewish students. Middlesex was sometimes the only place a young Jew could attend medical school, and the threat of bankruptcy was especially alarming to the university's Jewish students.

Then Dr. Joseph Cheski, a Jewish immigrant from Lithuania who was the dean at Middlesex, proposed a solution. A few years earlier, he had provided refuge and jobs for professors forced to flee Europe. Now he suggested that, since Middlesex had been a friend to the Jews, Jews should rally to save the troubled school. He issued an appeal to Jewish organizations, and the response was quick and affirmative.

The university would bear the name of Louis Dembitz Brandeis, the first Jew appointed to the U.S. Supreme Court, a man with a deep commitment both to his own moral principles and to the American tradition of political and social justice . . .

A committee of New York-based Jewish benefactors soon reached an agreement with Middlesex. The school would give its campus for the establishment of a Jewish-sponsored university. The Jewish community would assume responsibility for upgrading and supporting the school. Although the initial plan had been to save Middlesex as a medical school, it was decided that the new college would be a liberal arts university. Within a year, funds had been pledged to renovate old facilities, build new ones, and assemble a distinguished faculty.

To establish its own identity, the university needed a new name. The idea that an American university should, as its first president wrote later, "bear the name of a native American who symbolized the best traditions of American life" won wide support. The university would bear the name of Louis Dembitz Brandeis, the first Jew appointed to the U.S. Supreme Court, a man with a deep commitment both to his own moral principles and to the American tradition of political and social justice the founders hoped their institution would embody.

"Crossing mudpits straddled by wooden planks as they made their way from dormitory to classroom and back . . . they came to think of themselves, in the trademark Brandeis compound of pride and irony, as 'pioneers.'"

In the fall of 1947, the first semester began with a student body of 107 women and men. They were generally socially and politically active risk takers, willing to trust their education to an untried institution. There were 13 faculty members, including the young Boston-born composer Leonard Bernstein. The campus was one large construction site. "Crossing mudpits straddled by wooden planks as they made their way from dormitory to classroom and back . . . they came to think of themselves, in the trademark Brandeis compound of pride and irony, as 'pioneers.'"

Behind these pioneers was an energized Jewish community. The Brandeis University National Women's Committee was responsible for adding almost 7,500 books to the university library in the first year alone. The university also received support from non-Jews. Eleanor Roosevelt, for example, served on the board of trustees and as a faculty member.

Uncertainty about attracting enough students soon gave way to concern about overcrowding. The student body grew steadily, sometimes outpacing the development of campus facilities. Today, more than half a century after its founding, Brandeis remains the nation's only nonsectarian Jewish-sponsored university, with more than 5,500 undergraduate and graduate students. They hail from nearly every state and from 100 foreign countries. Among its distinguished alumni are radical activist Angela Davis, actress Tyne Daly, political activist Abbie Hoffman, presidential advisor Sidney Blumenthal, and radio host and film critic David Brudnoy.

Brandeis University is located 9 miles west of Boston and has a stop on the MBTA commuter rail.

The university's Rose Art Museum features a teaching collection strong in American art of the 1960s and 1970s.

On this day in 1989, Worcester native Abbie Hoffman died from a drug overdose. A hero of the 1960s counter culture, Hoffman once told a reporter, "I never left Worcester." He was 30 when he...