At 10:23 yesterday morning on Deer Island, the large valve on the sludge discharge pipe leading into Boston Harbor cranked shut for the last time.

Sludge dumping -- the egregious practice that gave Boston Harbor the reputation of being the dirtiest in the nation -- finally ended, seven days ahead of the deadline ordered by the federal court.

For almost four decades, tons of sludge -- the smelly, gooey, black byproduct of the sewage treatment process, laced with heavy metals and toxic chemicals -- poured daily into Boston Harbor, making the water black and foul- smelling, suffocating bottom-dwelling creatures, contaminating the sediments, depleting the oxygen, and sometimes killing fish. In recent years, the assault had amounted to 70 tons a day.

As a staff member lowered a probe into the 15-foot-deep shaft that houses the valve to test for methane and other dangerous gases, the executive chief of the Massachusetts Water Resources Authority, Paul Levy, donned a yellow mountaineering harness. When he got an all clear, he descended down a metal ladder to do the honors.

"Here we go," Levy shouted up to onlookers who peered over the edge as he began to turn the valve wheel, assisted by a long-time harbor advocate, Lorraine Downey, and the MWRA official in charge of handling the sludge, Eric Buehrens. "We're closing it forever!"

Levy then threaded a heavy chain through the valve wheel and fixed a large padlock in place. With a flourish, he snapped it shut and brandished the key.

For the massive Boston Harbor cleanup project, it marked the first major milestone in a process that began in the mid-80s and will continue into the next century.

Judge A. David Mazzone, the federal judge overseeing the harbor cleanup, in a rare interview, called this "a major event. We've been dumping for generations, and now it is going to stop. On time and under budget."

"Sludge Reaches End of the Line; Boston Harbor Discharge Is Shut Ahead of Deadline," by Dianne Dumanoski, Boston Globe, December 25, 1991.

The clean waters of Boston Harbor

As an avid boater from 1994 to 2003 I can truthfully say that each year it was visually possible to see the positive changes in the waters of Boston Harbor. Yes, the rate payers were upset, myself included, but the end result was worth it --- a cleaned-up Boston Harbor.
Login

On this day in 1991, the Massachusetts Water Resources Authority ended an age-old practice of dumping sewer sludge directly into Boston Harbor. Proponents of the Boston Harbor Project celebrated this milestone in an 11-year, $3.6 billion effort to clean up the nation's dirtiest harbor. It had taken several centuries for Boston's harbor to reach its nadir as a "Harbor of Shame." Conservation activists had feared it might take just as long for various government agencies to agree on how to address the problem. But in the early 1980s, two landmark lawsuits produced a timeline for a mandated solution to be paid for by water bill surcharges. The Boston Harbor Project is now an international model of environmental restoration.

The surcharges that were necessary to pay for the clean up of Boston harbor were not popular among ratepayers, but the project has been so successful that on most days the harbor is now clean enough for swimming. 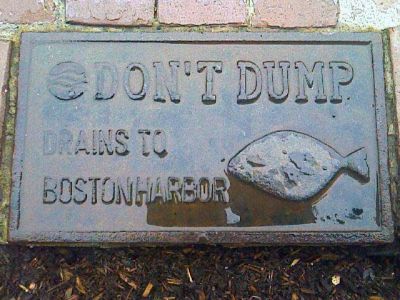 The most famous thing ever dumped into Boston Harbor was probably tea, but the most costly was wastewater and sewage. For generations, residents of the "city on a hill" counted on gravity to carry their waste down to the marshes and bays surrounding the city; they relied on the tides to carry it out to sea. They built "sewers" — uncovered, brick-lined gullies or sometimes buried wooden pipes — to direct the flow of the waste into the harbor.

In the late 1700s and early 1800s, as typhus and other contagious diseases afflicted the city, sewage emerged as a public health issue. In the 1820s, Mayor Josiah Quincy launched a major effort to rid the streets of manure, offal, and sewage. The city took control of the underground sewer pipes, which continued to empty effluents into the marshes and harbor. A drainage system based on gravity worked well enough in the higher parts of the city, but as Boston expanded onto filled wetlands, many of the pipes leveled out or dropped below sea level. As a result, they often backed up, overflowing into the marshes and polluting the shoreline with raw sewage. Just as troublesome, when discharges reached a certain level — after a storm, for example — the tides were ineffective in carrying the waste out to sea and dispersing it. Much of the waste returned on the next high tide.

For generations, residents of the "city on a hill" counted on gravity to carry their waste down to the marshes and bays surrounding the city; they relied on the tides to carry it out to sea.

In the late 1800s, with the city growing rapidly, officials initiated a campaign to link each house to a system of interconnected sewer pipes. Waste moved through this combined sewer grid to a pumping station on either Moon, Deer, or Nut Island; from there, it went straight into the harbor. The waste was not treated; it was just moved farther away from shore. The Metropolitan District Commission (MDC) took control of the system in 1919. Twenty years later, mismanagement and political patronage had helped create a situation in the harbor that even legislators considered "revolting."

Conditions did not improve, and the once-rich harbor began to die. The pollution blocked light and consumed oxygen necessary for plants and animals to survive. Industrial pollutants poisoned the water with heavy metals. By the mid-twentieth century, the city's beaches were frequently closed because of poor water quality. Bottom-feeding fish such as flounder developed widespread liver tumors, skin problems, and fin rot. Shellfish beds had to be closed; the stench and debris at low tide were what one would expect from a cesspool. The press labeled it "the filthiest harbor in the U.S."

Shellfish beds had to be closed; the stench and debris at low tide were what one would expect from a cesspool. 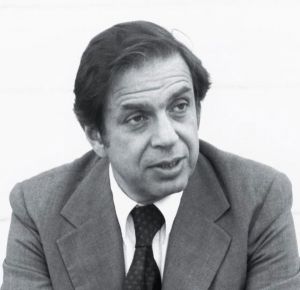 The rise of the environmental movement in the 1960s and 1970s focused attention on the harbor. In 1952 on Nut Island, and in 1968 on Deer Island, some primary treatment was introduced, but the resulting sludge still went directly into the harbor. Despite countless studies, nothing was done to reduce pollution. Industry lobbied against restrictions, and legislators were reluctant to take up what they knew would be a costly and politically divisive issue. Meanwhile, 100,000 pounds of sludge and 500,000 gallons of barely treated, or entirely untreated, wastewater continued to flow into the shallow waters of the harbor every day.

One morning in 1982, Quincy City Solicitor William Golden went for a jog and found what he believed to be raw sewage on the beach. Outraged, he persuaded city officials to sue the MDC for causing unhealthy conditions on Quincy's shoreline. The suit came before Judge Paul Garrity, who appointed a "special master," Harvard Law school professor Charles Haar, to investigate. In 30-days' time, Haar produced a 500-page report summarizing the problem. Garrity ordered a halt to all new connections to the sewer system until he was satisfied that the problem had been addressed.

Industry lobbied against restrictions, and legislators were reluctant to take up what they knew would be a costly and politically divisive issue. 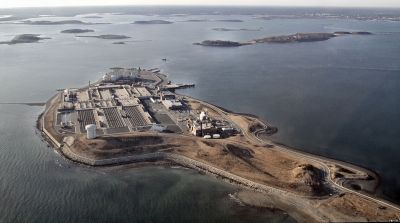 Garrity's dramatic decision attracted the attention of the press and environmental groups. Within a few months, the Conservation Law Foundation filed a lawsuit in federal court against the MDC on similar grounds. In spite of numerous stays and evasive actions on the part of the defendants, in 1986 federal Judge David Mazzone ordered the MDC to comply with state and federal Clean Water Acts. The legislature created a new agency, the Massachusetts Water Resources Authority, to manage Boston's drinking and waste water and to implement a 13-year plan to clean up the harbor.

The MWRA began by constructing a plant on Deer Island that combines primary and secondary treatment. Heavy solids settle out of the wastewater in large tanks; the sludge that is produced is then piped to Quincy where it is turned into fertilizer pellets. Anaerobic "digestion" by microorganisms reduces the remaining pollutants in the wastewater. When this system went into effect in 1991, Boston finally stopped pumping its sewage directly into the harbor. Another milestone was passed in 2000 when the MWRA opened an outfall tunnel that carries treated wastewater 9.5 miles off shore, where ocean currents help to dissipate it.

The surcharges that were necessary to pay for the clean up of Boston harbor were not popular among ratepayers, but the project has been so successful that on most days the harbor is now clean enough for swimming. Although more work remains to be done to deal with the problem of storm overflow, Boston serves as a model for successful urban waste management.

On this day in 1946, water flowed over the spillway and officials declared Quabbin Reservoir full. Construction took more than 20 years and required the obliteration of four towns in the Swift River Valley. More...

On this day in 1848, 300,000 people from all over New England gathered on Boston Common. They came to celebrate the completion of the city's first municipal water system. With the construction of an aqueduct...