THE INTRODUCTION OF PURE WATER INTO BOSTON,

The day was ushured [sic] in with the firing of cannon, the ringing of bells, and all the demonstrations proclaiming a day of jubilee throughout the city. . . .The weather was surpassingly fine. Never before, probably, has so large a concourse been gathered in Boston. No political celebration ever called together such multitudes. Not only the Common was filled — but all the streets through which the procession was to pass, were lined with spectators, while the windows, balconies, doors and roofs had their thousands, and even the gates, fences and trees were occupied. The spectacle which the common presented all day was very animating. The moving masses — the gay dresses of the ladies — the military and the firemen — combined to present an extraordinary scene. At various points inscriptions were strung across the streets in commemoration of the past and present epochs of the history of the introduction of the water. Various mottoes from scripture, & c. were also displayed, such as, "Water shall run in dry places, and the thirsty shall drink thereof and be glad." "Streams shall run in our streets, and play about our dwellings."

. . . After hearing the report of the Water Commissioners, the Mayor said, "Citizens of Boston, it has been proposed that pure water be introduced into the city. All who are in favor of the proposition will please say aye." A tremendous response arose from all parts of the Common, and immediately a column of water burst forth from the Fountain, to a height of some seventy-five feet. Nine cheers were given, and the firing of cannon announced the intelligence that the waters of Lake Cochituate were in the heart of our city. The water was thrown subsequently through different jets, and the exhibition called forth the warmest admiration of the multitude. The Fountain indeed operated perfectly, setting at rest all apprehensions as to a full supply of water.

While the foundtain was playing, the following Chorus from the Oratorio of Elijiah, was sung by the Handyl and Haydn Society. . .

Conclusion.—It may with truth be said, that such a day as the 25th October, had Boston never seen; a day as we have before remarked, that will ever live in the memory of her present children, and be carried down in story to children's children….

Thank you for today's good tribute to the 1848 "Introduction of Pure Water into the City of Boston". The Cochituate Reservoir was the first step in metropolitan Boston's now-vast public water supply, and established a local commitment to reach westward to pure water resources rather than to improve water from more populated watersheds. In only 2-1/2 years, all land and water rights were acquired, Long Lake was raised 9 feet, the 17-miles-long aqueduct to Boston was completed (it was double-walled brick, and large enough to drive a jeep through), and smaller reservoirs were constructed along the way to Boston. Cochituate Reservoir went on stand-by status in 1931 (by which time it furnished the most challenging 2% of Boston's water), and became Cochituate State Park in 1947. The Cochituate Aqueduct remains intact as far as the Charles River; the Snake Brook Trail (Cochituate State Park, in Wayland) tops a portion of it, as does a trail in Wellesley. More good resources for this topic: http://www.millermicro.com/csp.html http://www.mwra.state.ma.us/04water/html/hist2.htm "History of the introduction of pure water into the city of Boston, with a description of its Cochituate water works", by Nathaniel JeremiahBradlee, 1868. "Great Waters: A Brief History of Boston's Water Supply", by Fern L. Nesson, 1983.
Login

On this day in 1848, 300,000 people from all over New England gathered on Boston Common. They came to celebrate the completion of the city's first municipal water system. With the construction of an aqueduct that brought fresh water 15 miles from Lake Cochituate in Natick to Boston, the city for the first time had a pure supply of water for drinking, bathing, cooking, and cleaning. As the sun set, the gates to the fountain in Frog Pond were opened and a stream of clean water shot 80 feet in the air. People cheered and wept with joy. The celebration continued the next day, when the mayor announced that schools would close so that the city's children could play in the Frog Pond fountain.

Although the city paid to bring water pipes right up to private buildings, landlords were generally unwilling to pay to install indoor plumbing in tenement buildings. 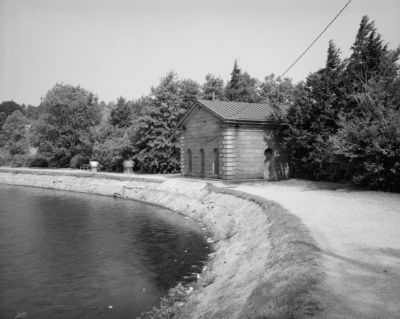 For the first two centuries after the settlement of Boston, residents got their water from wells and rainwater collected in tanks. Much of this water was of poor quality, and there was never enough of it. In 1795 Boston began tapping Jamaica Pond, but it provided only 50,000 gallons a day, not nearly enough to meet the city's needs. As the population swelled in the early nineteenth century, so did the demand for water.

Fire was a constant threat; without sufficient water, even minor blazes could turn into conflagrations that destroyed whole sections of the city. The city's factories, which depended on having enough water to power their machinery, were also affected. But the problem was not just quantity, but quality. By the 1830s, it was the newly arrived immigrants who suffered most from the lack of clean water. Living in crowded tenements without decent sanitation, they were vulnerable to waterborne diseases, such as cholera, and typhus, and yellow fever, spread by mosquitoes that bred in stagnant water tanks.

In the first quarter of the nineteenth century, as middle- and upper-class people paid increasing attention to cleanliness — buying bathtubs for their homes, patronizing new commercial bathing establishments, and pursuing the medicinal benefits of "water cures" — the lack of cleanliness in the city's poorer neighborhoods appeared to endanger not only the people living there but the health of all Bostonians.

"Water advocates believed that a plentiful supply of pure water could better the health and morals of the urban population, especially the working classes, and thereby transform society."

In the 1830s, Boston's large community of social reformers added public water to campaigns it waged. As one environmental historian explains, "water advocates believed that a plentiful supply of pure water could better the health and morals of the urban population, especially the working classes, and thereby transform society." One of the biggest transformations promised (but never realized) would be the substitution of water for Americans' drink of preference — alcohol.

After years of intense debate about whether to address the problem by expanding private water companies or creating a public system, a coalition of middle- and upper-class reformers and working-class city dwellers prevailed. In 1846 the state legislature passed an act allowing the city to bring water from Long Pond in Natick, renamed Lake Cochituate, to Boston; a few weeks later, Boston voters approved the Water Act by an overwhelming margin of 4,637 to 348.

The city began to build a brick aqueduct that would run from Lake Cochituate to a hilltop reservoir in Brookline. From there, the water flowed to two smaller reservoirs and then through 60 miles of cast-iron pipes that workers laid beneath every inhabited street. The project employed over 3,000 men as engineers, bricklayers, iron casters, and unskilled laborers.

"We went to celebrate the bringing in of water from Cochituate for the benefit of Boston inhabitants."

By October of 1848, the engineering feat was complete. A huge public celebration was held. People hung from windows and balconies and crowded the streets to watch a five-mile long parade wind its way along Tremont and Beacon Streets to the Frog Pond. There, throngs stood for hours, listening to speeches, singing, and waiting for the moment the water would finally arrive.

Mary White, a farm wife from Boylston, and her family made a two-day journey to be present for the great occasion. She wrote in her diary, "Rode in an omnibus. . . . We went to celebrate the bringing in of water from Cochituate for the benefit of Boston inhabitants. A procession was formed near Park Street Church, which took two hours and a quarter to pass a given point without including the schoolchildren which amounted to thousands."

While the new water system clearly improved the health of city residents and reduced the frequency and deadliness of epidemics, the benefits were far from evenly distributed. Although the city paid to bring water pipes right up to private buildings, landlords were generally unwilling to pay to install indoor plumbing in tenement buildings. As late as 1868, 350 residents living in 72 tenements on one North End street had to rely on a single hydrant.

While the campaign for public water fell short of the reformers' expectations, it was by no means a failure. Public water is one legacy of antebellum reform that endures today.

"The Nature of Water: Reform and the Antebellum Crusade for Municipal Water in Boston," by Michael Rawson, Environmental History 9 (July 2004).

On this day in 1946, water flowed over the spillway and officials declared Quabbin Reservoir full. Construction took more than 20 years and required the obliteration of four towns in the Swift River Valley. More...