From John Rock's 1963 book, The Time Has Come, which was part of his determined effort to persuade the public and the Vatican, that the Pill was a natural and acceptable form of birth control.

"Because of the enhancement of our basic animal sex-nature by its integration with our spirituality, human sexual relations without love becomes inadequate for full satisfaction, and love without coitus at mutually agreeable intervals becomes frustrating and ultimately demoralizing. Love fused by coitus, but without children to bring up, lacks completion; but when it brings more children than can be properly cared for, it is dangerously strained, even distorted.

Such is what, after forty years as a Catholic obstetrician-gynecologist, student and teacher, I have found to be the nature of human sexuality. And from this derives what I feel is right and wrong in the matter of birth control…to those whose uncontrolled reproductivity would destroy the balance between the components of their sexuality (coital urge, love of mate and love of young) there should be available suppressive means and methods appropriate to their particular capabilities and conditions – religious, social, educational, and so forth."

The Time Has Come: A Catholic Doctor's Proposals to End the Battle Over Birth Control, by John Rock (Knopf, 1963)

On this day in 1890, birth control pioneer John Rock was born in the small Massachusetts town of Marlborough. He was a deeply religious Catholic even as a child. After college and medical school at Harvard, he specialized in Obstetrics and Gynecology. His research into the causes of infertility produced a clearer understanding of the cycles of fertility and provided the scientific basis for an oral contraceptive. The drug he helped develop was enormously popular with women, but it generated great social and religious controversy. John Rock never succeeded in persuading the Vatican that the Pill was a "natural" form of birth control. Devastated, he withdrew from the church that he loved so much.

In 1931 he risked his reputation by petitioning the Massachusetts legislature to make it legal to sell contraceptives. 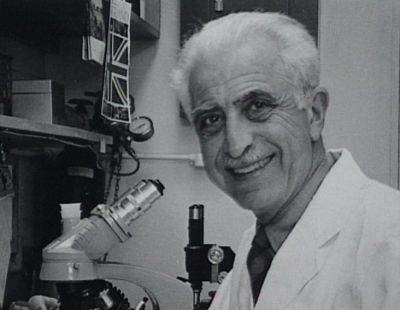 When John Rock was 14 his parish priest told him, "Always stick to your conscience. Never let anyone keep it for you. And I mean anyone else." After a long and distinguished career as an obstetrician, John Rock acted on that advice. He agreed to help develop a birth control pill. The result of his work – the oral contraceptive long known as "The Pill" – brought millions of his fellow Catholics into conflict with their church.

John Rock had unlikely beginnings for a birth control pioneer. He was born and raised in the Irish-Catholic community in Marlborough, a then small town about 20 miles east of Worcester. While young John associated freely with Protestants, he was deeply devoted to his Catholic faith. John was the most religious member of a religious family. He attended Mass daily, followed Church doctrine, and studied the teachings of Roman Catholic theologians and philosophers.

John Rock was a bright boy and his parents could afford to send him into Boston to attend the city's new High School of Commerce. His first job after graduation was overseeing workers at a Guatemalan banana plantation. He was shocked by the human misery he saw there – families living in dire poverty made worse by having too many mouths to feed.

When he returned from Central America, Rock decided to go to college. His academic record and his father's ample resources made it possible for him to enter Harvard in 1912. He graduated in three years and went on to Harvard Medical School.

His work led to a clearer understanding of the cycles of fertility, which provided a foundation for the development of the "rhythm" method of birth control. 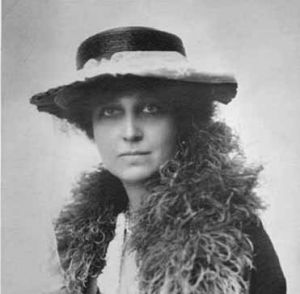 Rock later recalled that he was most interested in psychology and gynecology — "the two major functions of humans —cerebration and reproduction." He became a resident at Harvard's teaching hospital for maternity medicine, the Boston Lying-In, and at the Free Hospital for Women. Having had a twin sister as his constant childhood companion, he was, his biographer suggests, "sensitive as few medical men were to the medical problems and feelings of women."

In the course of his work, he treated Boston's poorest women, delivering their babies and dealing with the sometimes tragic aftermath of unwanted pregnancies. He was deeply affected by the suffering he witnessed in Boston's maternity wards, just as he had been on the Guatemalan plantation.

John Rock was fortunate in his personal and professional life. He fell in love with and married the daughter of a well-to-do Boston Catholic family. The couple raised five children while Rock's gynecological practice grew. In 1922 he was appointed an Assistant Professor of Obstetrics at Harvard Medical School, where he began to focus on the problem of infertility.

For the next 30 years, Rock studied the function, timing, and chemical triggers for ovulation and conception. His work led to a clearer understanding of the cycles of fertility, which provided a foundation for the development of the "rhythm" method of birth control. In 1939, he founded the first "rhythm clinic" in the United States for patients at the Boston Free Hospital for Women. Rock made clear that his "rhythm clinic" was intended to benefit infertile women by allowing them to identify the best time for conception. He believed that helping childless couples to conceive was totally consistent with his Catholic faith.

To avoid controversy, they designed their first trials as a fertility study.

Rock began to experiment with hormones that might influence or control the timing of conception. His work overlapped with that of Gregory Pincus, another Boston researcher who was testing the effect of progesterone on rabbits. At this point, however, Pincus and Rock had different goals. Pincus was seeking not to increase the likelihood of conception, but to prevent it. He wanted to develop a pill that would stop ovulation in humans.

In 1951 Margaret Sanger, a longtime crusader for birth control, introduced Gregory Pincus to Katharine McCormick, a wealthy widow who was committed to the birth control cause. Katherine McCormick gave Pincus a check for $40,000 to advance his work. She would eventually contribute over $1 million to support research that was too controversial for conventional funding sources.

Pincus had a problem, however. Since he was not a licensed physician, he could not legally conduct drug trials. He thought of collaborating with his fellow Bostonian, John Rock. He knew Rock had experienced some success using hormone treatments to control the timing and frequency of ovulation in infertile women. In 1952, Gregory Pincus asked John Rock to work with him to make the treatment effective as an oral contraceptive.

In spite of his socially conservative views and his deep religious faith, John Rock had been a strong supporter of birth control for many years. In 1931 he risked his reputation by petitioning the Massachusetts legislature to make it legal to sell contraceptives. He coauthored a book that explained contraception to the general reader. But developing a birth control pill was an altogether different matter. Both the state of Massachusetts and the Vatican prohibited any artificial means of birth control.

John Rock put his reputation as a respected physician and a faithful Catholic on the line and launched a one-man campaign to win Vatican approval of the Pill.

Dr. Rock was in his sixties and approaching retirement when Pincus made his controversial proposal. Because he believed so deeply in the need for world population control and for married women to be able to avoid unwanted pregnancies, John Rock agreed.

With McCormick's financial backing, Rock and Pincus tested an oral contraceptive on 50 women. To avoid controversy, they designed their first trials as a fertility study. By 1955 the results were conclusive: not a single one of the women had ovulated while on the drug. In October Pincus made the results public: he and John Rock had developed a birth control pill.

By the time the federal government approved the treatment in 1960, the drug was generating enormous controversy. Critics objected that the Pill interfered with women's natural cycles, that it would encourage sexual freedom in unmarried women, even that it would undermine the social order. Supporters countered that the Pill mimicked women's natural cycles, and that it had the potential to stem poverty, reduce unnecessary deaths, and free married women from the fear of unwanted pregnancy.

Once again, John Rock put his reputation as a respected physician and a faithful Catholic on the line and launched a one-man campaign to win Vatican approval of the Pill. In 1963 he published The Time Has Come: A Catholic Doctor's Proposals to End the Battle over Birth Control, which argued that the Pill was a "natural" form of birth control. The book brought him national attention, feature stories in Time and Newsweek, and appearances on TV talk shows. His name became a household word.

But it did not bring him the Vatican's approval. In 1968 Pope Paul VI issued his encyclical Humane Vitae (On Human Life), which officially banned use of the Pill by Catholics. Bitterly disappointed by Rome's refusal to change its position on the Pill, Rock stopped attending church. In spite of the Church's continued opposition, millions of Catholics have chosen, as John Rock did, to follow their own consciences when it comes to birth control.

American Experience website on the pill includes a timeline, photo gallery, and teachers guide. How “The Pill” Was Born in Massachusetts Boston College Magazine, “Legal Aid,” by Seth Meehan

The Pill, John Rock, and the Church: The Biography of a Revolution, by Loretta McLaughlin (Little, Brown and Company, 1982).