I perceive by an advertisement of yours … that the pensioners of the U.S. claiming under the Law of 1828 can (if allowed) have their money transmitted to them at the place of their residence. I am reluctant to impose any unnecessary burden upon your department, but am induced by the wish to serve one of the most respectable survivors of the Rev[olutionary] army, a colored man, to avail myself of the privilege there offered to request that his money may be transmitted to him at Stockbridge by mail (an order if convenient on some Bank in Boston or N.York) — I enclose his discharge and take the liberty to request that it may be returned — and also to mention as an interesting fact in regard to this man that I have obtained his permission to send it with great difficulty. He declaims that he had rather forego the pension than lose the discharge.

I am Sir, with great respect

Not the whole story

It might be worth adding that slavery continued in Massachusetts until 1783. Consider this Publishers Weekly review of Rough Crossings : Britain, the Slaves and the American Revolution by Simon Schama, published this year and available at Amazon.com (where this review can also be found): Reviewed by Adam Hochschild. Has there ever been a patch of history more celebrated than the American Revolution? The torrent is endless: volume after volume about the glory of 1776, the miracle of 1787 and enough biographies of the Founding Fathers to stretch from the Liberty Bell to Bunker Hill and back again. The Library of Congress catalogue lists 271 books or other items to do with George Washington's death and burial alone. Enough!By contrast with the usual hagiography, distinguished historian Schama has found a little-known story from this era that makes the Founding Fathers look not so glorious. The Revolution saw the first mass emancipation of slaves in the Americasýan emancipation, however, not done by the revolutionaries but by their enemies. Many American rebel leaders were slave owners. To hit them where it most hurt, Britain proclaimed freedom for all slaves of rebel masters who could make their way to British-controlled territory. Slaves deserted their horrified owners by the tens of thousands. One, who used his master's last name, was Henry Washington; another renamed himself British Freedom. The most subversive news in this book is that the British move so shocked many undecided Southern whites that it actually pushed them into the rebel camp: "Theirs was a revolution, first and foremost, mobilized to protect slavery." Even though they lost the war, most British officers honored their promise to the escaped slaves. The British commander in New York at the war's end, where some 3,000 runaway slaves had taken refuge, adamantly refused an irate Washington's demand to give them back. Instead, he put them on ships for Nova Scotia.And there, nearly a decade later, another saga began. More than a thousand ex-slaves accepted a British offer of land in Sierra Leone, a utopian colony newly founded by abolitionists, which for a few years in the 1790s was the first place on earth where women could vote. Sadly, however, financial problems and the British government's dismay at so much democracy soon brought an end to the self-rule the former slaves had been promised. Schama once again gives his readers something rare: history that is both well told and well documented. In this wonderfully sprawling epic, there are a few small errors about dates and the like, and perhaps a few more characters than we can easily keep track of, but again and again he manages to bring a scene, a person, a conversation dramatically to life. Would that more historians wrote like this. (On sale Apr. 25)Adam Hochschild is the author of, most recently, Bury the Chains: Prophets and Rebels in the Fight to Free an Empire's Slaves, a National Book Award finalist.
Login

On this day in 1777, Agrippa Hull, a freeborn black man from the Berkshire County town of Stockbridge, signed on to serve in the Continental Army for the duration of the Revolutionary War. The 18-year-old was one of over 5,500 men of color — free and enslaved — to fight for American independence. Black men were eager to serve, despite the fact that official policy discouraged their recruitment. Hull gave more than six years of his life to the cause, serving as an orderly to two distinguished generals. After the war ended, Hull returned to Stockbridge and raised a large family. He was respected in his hometown as something of a philosopher, a man of intelligence and wit, and, above all, as a devoted Patriot.

When Agrippa Hull left the army in July of 1783, he received a discharge signed by George Washington.

In the years leading up to the American Revolution, white colonists prepared to fight for their own liberty, yet they refused to consider emancipation of their slaves. Nevertheless, when war finally broke out, enslaved and free black men were eager to join the fight for independence. One of the free African Americans was Agrippa Hull of Stockbridge.

Hull was born to freed slaves in Northampton in 1759. According to tradition, he was brought to Stockbridge at the age of six by a black man named Joab, a former servant of the Rev. Jonathan Edwards. Hull was in his early teens when the long-simmering conflict turned to war in the spring of 1775.

Agrippa Hull remained at home until 1777, but nearly 200 black, Indian, or mixed-race Massachusetts men had already fought at Lexington and Concord and at Bunker Hill. When other colonies began to send troops to help maintain the siege of Boston, the issue of black soldiers in the Continental Army became contentious. Despite the willingness of black men — even those who were enslaved — to risk their lives for the Revolutionary cause, white commanders debated whether it was appropriate or even acceptable for them to serve.

"the Revolution triggered the largest emancipation of American slaves outside the ultimate freedom won in the Civil War — and most of that liberation came through flight to the enemy."

Indecision and confusion marked the debate. In May of 1775, only one month after the first hostilities, a committee weighed the use of black soldiers in the Continental Army and decided that only free blacks could enlist. In October, it was decreed that neither free blacks nor slaves could serve. On November 12th, George Washington ordered that "negroes, boys unable to bear arms, [or] old men unfit to endure the fatigues of the campaign are [not] to be enlisted."

Things soon changed. Word reached Boston that the British had offered freedom to any slave who escaped to their lines. Indeed, as one historian has pointed out, "the Revolution triggered the largest emancipation of American slaves outside the ultimate freedom won in the Civil War — and most of that liberation came through flight to the enemy."

When George Washington learned of the new British policy, he promptly reversed his decision. "Informed that numbers of free negroes are desirous of enlisting," on December 30, 1775, he gave the recruiting officers permission to accept free blacks into the army. But Washington did not have the final word. When he sought approval for his decision from the Continental Congress, he was told that those "free negroes who have served faithfully in the army at Cambridge may be reenlisted therein, but no others."

While white New Englanders typically enlisted for a single campaign, a large percentage of black soldiers served three-year terms or "for the duration."

New England units widely ignored the policy, and as the war dragged on and the colonies faced a severe manpower shortage, the numbers of free black and enslaved men in uniform increased. By early 1777, any free African American was allowed to enlist; later that year, desperate to fill depleted ranks, the Congress finally authorized the enlistment of enslaved men. With the exception of Maryland, the southern states refused to send black men to fight, but New England towns increasingly relied on African Americans to meet their quotas. While white New Englanders typically enlisted for a single campaign, a large percentage of black soldiers served three-year terms or "for the duration."

Agrippa Hull was among. In May of 1777, he enlisted for the duration as a private in the brigade of General John Paterson of the Massachusetts Line. Hull served as General Paterson's "orderly," or personal assistant, for two years; for the rest of the war, he filled the same role for Paterson's friend, the Polish general Taddeusz Kosciuszko.

During four years service with Kosciuszko, Hull saw action in a variety of battles, ranging from Saratoga in New York to Eutaw Springs in South Carolina. There he was assigned to assist the surgeons, and the horror of the amputations they performed stayed with him for the rest of his life. On the lighter side, on at least one occasion Hull dressed in Kosciuszko's uniform and threw a party for his black friends. The Polish officer and the black private remained close and had an affectionate reunion during Kosciuszko's visit to the United States in 1797.

In 1844 the historian Francis Parkman visited Hull and recorded in his journal that "the old patriarch . . . looked on himself as father to all Stockbridge." 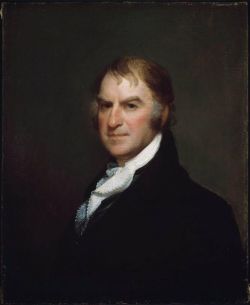 When Agrippa Hull left the army in July of 1783, he received a discharge signed by George Washington. Hull was so proud of the document that years later, when he was required to send it to Washington as part of his application for a pension, he was unwilling to part with it. His employer, the Stockbridge lawyer Theodore Sedgwick, wrote on Hull's behalf, explaining that Hull "had rather forego the pension than lose the discharge."

After the war, Hull had returned to Stockbridge and gone to work for Theodore Sedgwick as his manservant. Now a member of Congress, Sedgwick had represented Elizabeth Freeman, who had successfully sued for her freedom under the state's new constitution, and he helped gain the freedom of another local enslaved woman, Jane Darby, who became Hull's wife.

In 1844 the historian Francis Parkman visited Hull and recorded in his journal that "the old patriarch . . . looked on himself as father to all Stockbridge." Agrippa Hull died in 1848 at the age of 89. His portrait hangs in the Stockbridge Public Library.

The portrait of Agrippa Hull hangs in the Stockbridge Library Historical Room at 46 Main Street in Stockbridge. (413) 298-5501 for hours and directions.

Rough Crossings: Britain, the Slaves and the American Revolution, by Simon Schama (Ecco, 2006).

The Negro in the American Revolution, by Benjamin Quarles (University of North Carolina Press, 1961).

The Black Presence in the Era of the American Revolution 1770-1800, by Sidney Kaplan (New York Graphic Society and the Smithsonian Institution Press, 1973).