From Abbie Hoffman's closing statement at the April 15, 1987 trial at which 12 people, including Hoffman, were acquitted of trespassing charges in connection with the occupation of an office building at UMASS Amherst during a November 4th protest against C.I.A. recruitment on campus.

When I was growing up in Worcester, Massachusetts, my father was very proud of democracy. He often took me to town hall meetings in Clinton, Athol and Hudson. He would say, "See how the people participate, see how they participate in the decisions that affect their lives – that's democracy." I grew up with the idea that democracy is not something you believe in, or a place you hang your hat, but it's something you do. You participate. If you stop doing it, democracy crumbles and falls apart. It was very sad to read last month that the New England town hall meetings are dying off, and, in a large sense, the spirit of this trial is that grass-roots participation in democracy must not die. If matters such as we have been discussing here are left only to be discussed behind closed doors in Washington, then we would cease to have a government of the people.

You travel around this country, no matter where you go, people say, Don't waste your time, nothing changes, you can't fight the powers that be – no one can. You hear it from a lot of young people – I hear it from my own kids: Daddy, you're so quaint to believe in hope. Kids today live with awful nightmares: AIDS will wipe us out; the polar ice cap will melt; the nuclear bomb will go off at any minute. Even the best tend to believe we are hopeless to affect such matters. It's no wonder teenage suicide is at a record level. Young people are detached from history, the planet, and most important, the future. I maintain to you that this detachment from the future, the lack of hope and the high suicide rate among youth are connected…

Abbie Hoffman at the Pentagon, October 1967

I was at the Pentagon demonstration and was invited to join the guys who were going "to exorcise the Pentagon." I remember seeing Abbie Hoffmanwho had a microphone and was leading a small group. They went off to a section of the parking lot and put on a show. The text says the number was 50,000 but it was actually more like 50 or less. Most of the people who came to the demonstration stayed in one large mass at the Pentagon and the Lincoln Memorial. It makes sense that this number was grossly overestimated because the distinct purpose of the small group of "Exorcists" was to attract cameras, which they partially did. But the group was small. There was also a group that asked if people wantedto join in some Civil Disobediance, expecting to get arrested, and some people, a larger number, decided to do that. ------------------------- Patricia E. Moody
Abbie Hoffman at the Pentagon, October 1967

On this day in 1989, Worcester native Abbie Hoffman died from a drug overdose. A hero of the 1960s counter culture, Hoffman once told a reporter, "I never left Worcester." He was 30 when he moved to New York and co-founded the Yippie movement. One of the Chicago Eight tried for conspiring to disrupt the 1968 Democratic Party Convention, Hoffman was acquitted on all charges. Five years later, he was charged with selling cocaine. He went underground and stayed there for seven years. Even while a fugitive, he managed occasional visits to Worcester. After his death, his brother remembered that "one of the happiest days of his life was [the day] the mayor presented him with a key to the city."

He went underground to avoid a mandatory life sentence, had plastic surgery, and emerged as "Barry Freed," an ecological activist. 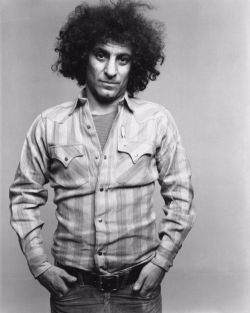 Abbie Hoffman assumed many identities: social activist, anarchist, impostor, outlaw, comedian, and, in the minds of some, tragic hero. His biographer and longtime friend, Jonah Raskin, admits that it was nearly impossible to know "the real Abbie Hoffman" but suggests that Hoffman saw himself as "just a Jewish kid from Worcester."

Abbot Hoffman was born in Worcester in 1936 and spent more than half of his life there. Until he was 30, Worcester was the center of his universe; when he moved to New York in 1966, Worcester remained a haven. Even during his years as a fugitive, he would slip back into town and gather with old friends at his favorite restaurant, El Morocco. Raskin explains that "Worcester provided him with his view of society and his way of dealing with the world."

Abbie's grandfather was a Russian-born Jew who moved to Worcester about 1910 and, in classic immigrant fashion, set himself up as a street peddler. His father Johnnie Hoffman became a leader in the Jewish community but also wanted to be accepted by the city's gentile elite as well. Johnnie Hoffman joined the Rotary Club, voted Republican, and avoided any connection to the radical organizations supported by many other immigrants. Young Abbie found his father's desire to assimilate disturbing. Abbie admired and imitated his father's skill at crossing social boundaries, but he never gave up his sense of himself as "a Jewish outsider, exile, and wanderer."

His biographer and longtime friend, Jonah Raskin, admits that it was nearly impossible to know "the real Abbie Hoffman" but suggests that Hoffman saw himself as "just a Jewish kid from Worcester."

The Hoffman family was upwardly mobile, middle class, and respectable — except for Abbie, the eldest of three children. He instinctively resisted authority and mortified his parents by his talent for trouble. The more Johnnie Hoffman tried to make his son conform, the more defiant Abbie became.

By high school he had earned, deservedly, a reputation as a rebel. He was a natural comedian, a cut-up who cracked jokes, disrupted class, used obscenities, smoked in the lavatory, dressed like a hoodlum, drove a motorcycle, and picked up girls. His friends called him "Mr. Cool" and regarded him as a hero.

An excellent student, he entered Brandeis University in Waltham in 1955. In the late 1950s the Brandeis faculty included a number of radical intellectuals. Studying with them convinced Abbie Hoffman that it was his destiny to stand out, not blend in, and he began to think analytically about social change. After graduation, he went on to the University of California at Berkeley to get a masters degree in psychology.

He returned to Worcester in 1960, married his college sweetheart, and began working as a psychologist at Worcester State Hospital. He also became a social activist. He wrote for an underground newspaper, The Worcester Punch, and helped found Prospect House, which served the low-income community. He devoted most of his energy to the burgeoning civil rights movement, joining the national civil rights group, the Student Non-Violent Coordinating Committee (SNCC). A local reporter would later remember, "He was the No. 1 civil rights leader in Worcester before Worcester knew [it] had a racial problem." In 1965 he was one of many white northerners who participated in SNCC's activities in Mississippi, where the institutionalized violence and racism appalled him.

A local reporter would later remember, "He was the No. 1 civil rights leader in Worcester before Worcester knew [it] had a racial problem."

Hoffman was 30 and recently divorced when he left Worcester in December 1966. He headed to New York City. Rejecting both the brutality and emptiness of American life, he proposed a cultural revolution. Together with Jerry Rubin, he founded the Yippies (Youth International Party), an anarchist group that espoused sexual freedom, drugs, rock music, street theater, and political revolution "just for the hell of it." By 1967, Abbie Hoffman had become a household name.

Hoffman was a genius at using the media to draw attention to himself and his causes. He devised outrageous stunts — such as dropping fistfuls of dollar bills from the gallery of the NY Stock Exchange and filming the brokers frenzy to catch them. He led 50,000 anti-war protesters in an "exorcism" of the Pentagon; the crowd attempted to elevate the thinking of Defense Department officials by applying collective psychic power. Although Hoffman's pranks were often comical, his motivation was deeply serious. "I grew up thinking democracy is not some place you hang your hat . . . It's something you do," he wrote in his autobiography.

In August of 1968, the Yippies organized a Festival of Life to coincide with the Democratic National Convention in Chicago. Their circus-like activities disrupted the convention and led to a violent confrontation between protestors and police. Hoffman and seven others — "the Chicago Eight" — were arrested and tried for inciting a riot. The nationally-televised trial was just the kind of public exposure Hoffman craved; he was eventually acquitted on all charges.

"I grew up thinking democracy is not some place you hang your hat . . . It's something you do," he wrote in his autobiography.

In the late 1960s, he began putting his ideas into books. Revolution for the Hell of It (1968), Woodstock Nation (1969), and Steal this Book (1971) all sold well, but Hoffman had a drug habit to feed. A heavy drug user since moving to New York, he was arrested for cocaine trafficking in 1973. He went underground to avoid a mandatory life sentence, had plastic surgery, and emerged as "Barry Freed," an ecological activist.

Hoffman came out of hiding in 1980, served a brief prison sentence, and then attempted to revive his career as a campus activist. His first appearance was at Clark University in Worcester. But times had changed, and Hoffman found few students who were interested in his radical creed.

He had suffered for years from bi-polar disorder, and by 1989 was overwhelmed by depression. On April 12, 1989, he took a massive drug overdose and died. The memorial service was held in his hometown, because, his brother said, Abbie "loved Worcester."

Mourners were invited to join a peace march from his boyhood home to the synagogue where he had been bar mitzvahed 40 years before. Two hundred people were expected; over 900 came. While many in Worcester and throughout the country considered Abbie Hoffman a dangerous radical, others admired him as a man who had the courage to question the status quo.

A City of Words: The Worcester Writers Project

For the Hell of It: The Life and Times of Abbie Hoffman, by Jonah Raskin (University of California Press, 1997).

Steal this Dream: Abbie Hoffman and the Countercultural Revolution in America, by Larry Sloman (Doubleday, 1998).

Soon to be a Major Motion Picture, by Abbie Hoffman (Putnam, 1980).