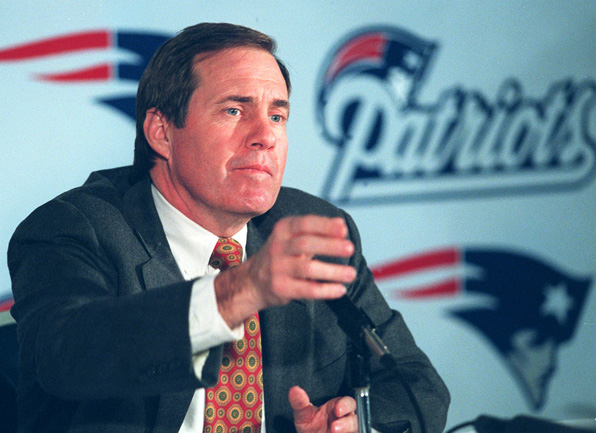 On this day in 2000, Bill Belichick was named head coach of the New England Patriots. Belichick had already earned a reputation as a brilliant defensive strategist in his years with the Giants and the Jets. In his second season with the Patriots, Belichick made a controversial move, replacing starting quarterback Drew Bledsoe with the unknown backup, Tom Brady. Belichick's "one-die-all-die" philosophy, which emphasizes teamwork over individual star players, helped the team win a series of come-from-behind playoff games. Perhaps the most thrilling was the last game ever played in Foxboro Stadium when the Patriots scored a field goal in overtime to beat the Oakland Raiders. Under Belichick's leadership, the team continued its exciting play in multiple playoff and Super Bowl games.

On this day in 1955, legendary pitcher Cy Young died. He spent much of his 22-year career in Boston, arriving in 1901 to play for the new American League team that would become the Red...

In 1991, he was hired by the Cleveland Browns; at age 37, he became the youngest head coach in the NFL.