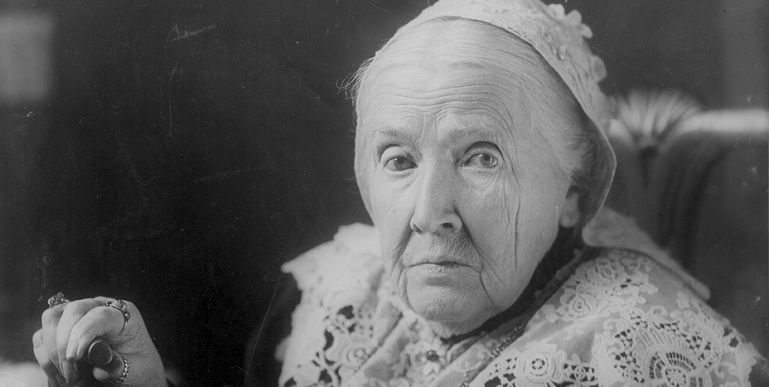 On this day in 1907, 89-year-old Julia Ward Howe became the first woman elected to the American Academy of Arts and Letters. Howe lived most of her long life in Boston, but it was in the nation's capital that she wrote the poem for which she is remembered today. After an outing to see the Union Army massed outside of Washington, she was inspired to write new words for an old folk tune. The result, published in the Atlantic Monthly magazine in 1862, was "The Battle Hymn of the Republic." The song was instantly popular and won Howe admirers throughout the North. After the war, she devoted the next half-century to the cause that was closest to her heart: equality for women.

On this day in 1810, Margaret Fuller was born in Cambridge. Teacher, author, critic, philosopher, journalist, she is remembered today as a woman with a formidable intellect and a willingness to take risks. One of...

"I have been married twenty years today. In the course of that time I have never known my husband to approve of any act of mine which I myself valued."